In support of Frisian Flag

From April 9th to April 20th Eindhoven Airbase is host to the 5th edition of the European Air-to-Air Refueling Training (EART). The idea to centralize a combined exercise with Frisian Flag was born in 2013 when Air-to-Air refueling assets flew from their home base. In 2015 we visited the second edition of EART to see what learnings were taken from the year before. This year we were given a glimpse into the future.

On the media day at April 12th we learned how important but scarce the AAR Assets are in Europe. We were welcomed by the commander of 334 Squadron, Lieutenant-Colonel Chris van Dijk who explained the current situation the exercised faced: "As you might have noticed there's a bit of unrest in the world (..) we started the exercise with multiple nations that were participating. We are now back at only two aircraft that are still participating; the German aircraft and the Dutch aircraft. The other aircraft have been withdrawn by the nations they are from due to operational status."

The EART is organised by the European Air Transport Command (EATC) which bears the slogan 'Integrated, Innovative and Effective'. According to Major General Pascal Chiffoleau, commander of the EATC this is exactly where the exercise stands for: "Increased standardisation and harmonisation are the main factors to efficiently and effectively use that scarced resource in the European arena."

When it comes to expanding the European AAR capacity, the European Defence Agency (EDA) plays an important role. Raised in 2004 by 27 EU countries, a steering board which meets at an ministerial level, they focus on capability development, R&T projects and Defence industry. Air-to-air refueling is one of four key projects the EDA currently focusses on. Lieutenant-Colonel Dion Polman, projectofficer stated: "A shortfall in air-to-air refueling came abundantly clear during the Libya crisis. (..) In Europe we have 49 tankers of 9 different types and they are divided over 7 different nations with all the problems attached to that. (..) In Libya we needed 50 airframes every day. When you take in account not all aircraft are serviceable whe had a hughe shortage."

The EDA air-to-air refueling project is devided in three areas:

The latter is a project started in 2012 by signing a letter of intend by ten European countries to jointly aquire AAR assets. Main objectives were Strategic Airlift, Aerial refueling and Medical Evacuation.  Initially lead nations the Netherlands, which had a specific demand to replace the current KDC-10 tanker aircraft at the end of this decade, and Luxembourg signed a Memorandum of Understanding (MoU) to acquire two aircraft with options for another six on July 23th 2016. After an extensive research the A330MRTT was chosen as the aircraft fitted for the needs. Since then three more nations (Germany, Norway and Belgium) have signed as well for a total of 8800 hrs which means all eight aircraft will be acquired.  They will be based at Eindhoven, the Netherlands and Cologne, Germany with deliveries starting in 2020.

Though the execution of the project was taken over by the NATO Support and Procurement Agency the EDA still plays a viable role according to Lieutenant-Colonel Polman: "In the contract we still have room for three additional aircraft and the EDA's role is to facilitate and to inform other nations on a political level and user level of this opportunity. We seem to be quite succesfull and some of these aircraft in the near future could be used for these nations." 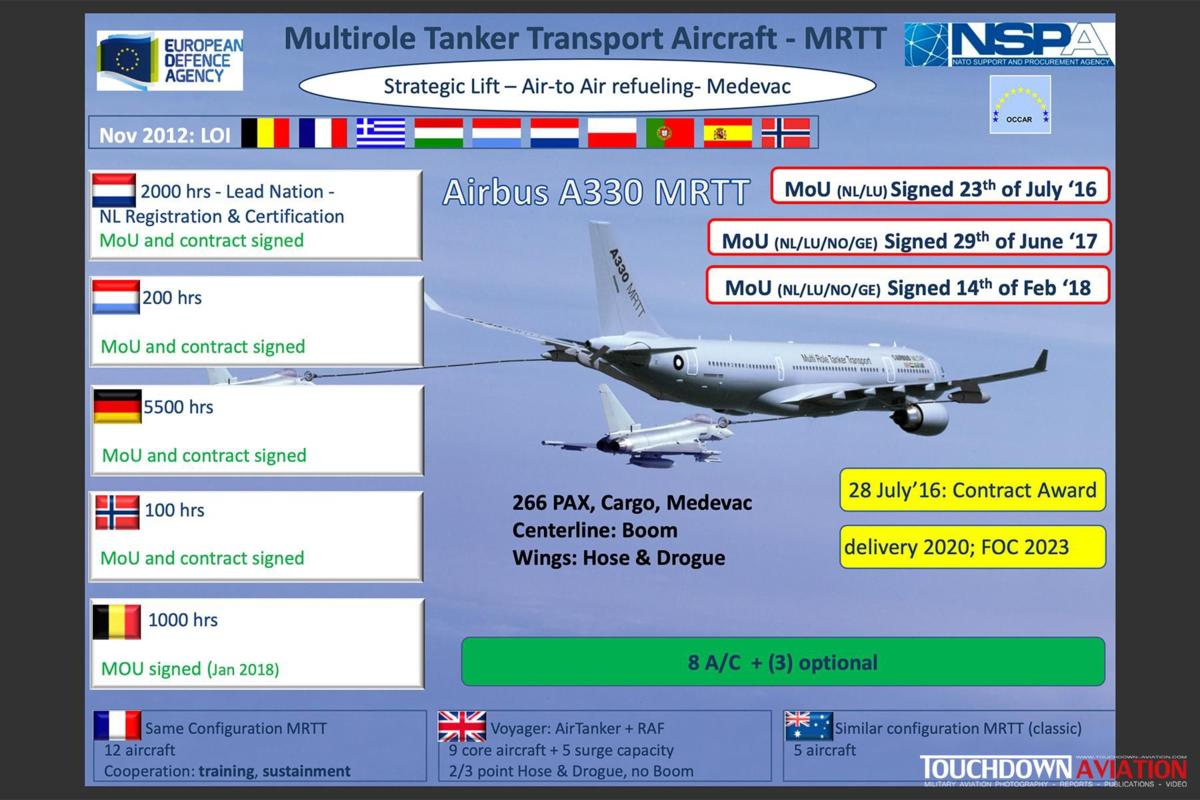 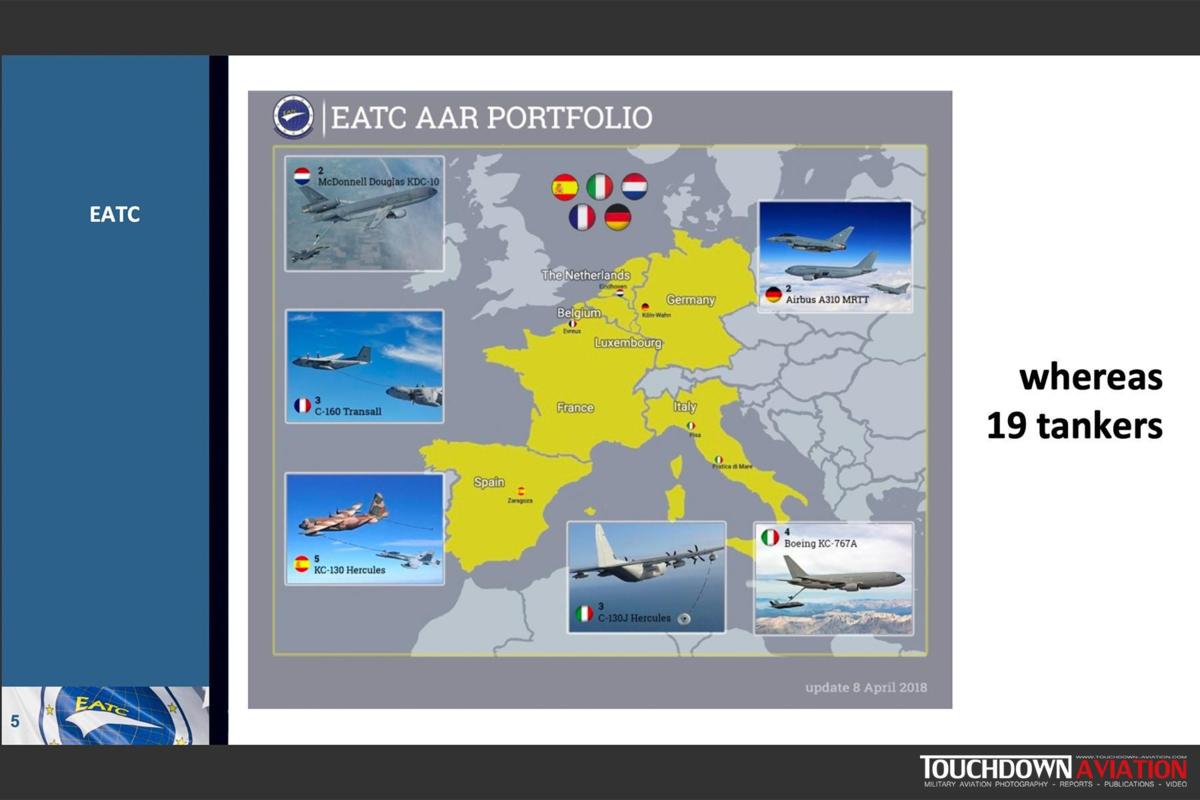 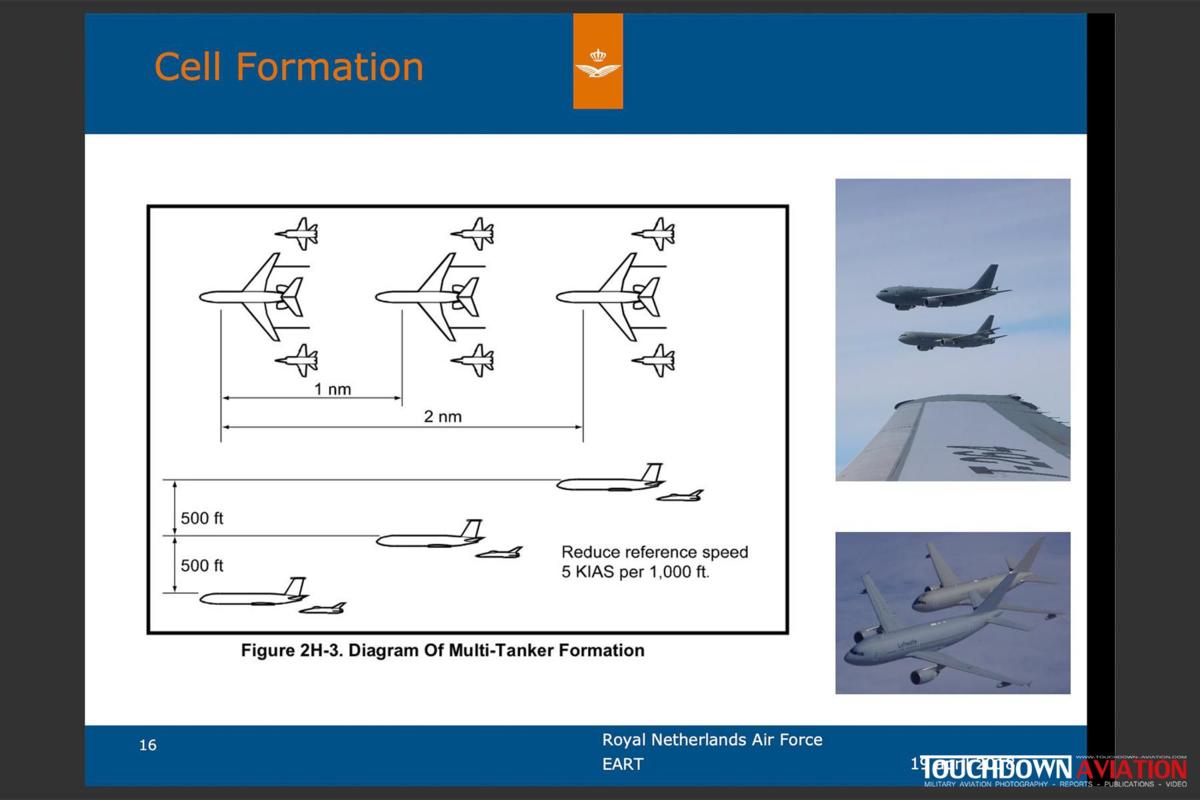 The EATC comprised of seven participating nations with a focus on Air Transport, Air-to-Air Refueling and Aeromedical Evacuation and total of +-160 aircraft and more than 20 assets. Five nations can provide Air-to-Air refueling assets with a total of 19 tankers. According to Colonel Andrea Massucci, EART exercise director, the C of command in EATC is what it's all about as the EATC has the command over all those assets in terms of planning and deployment.

Colonel Martin, project officer for EART on the host nation side explained the objectives of the exercise. He emphasizes: "Frisian Flag and EART are two separate exercises. EART has been designed to support Frisian Flag, that's the primary objective but besides that we will be doing our own training." The secondary objectives are:

Col. Martin explains the latter: "Offcourse that happens with a beer in our hand somewhere at the bar, but besides that it's also the mentors that fly with the other airplanes, so it's looking into each others kitchen and learn from it. Watch and learn, that's what we're trying to do."

When Tanker-Cell operations are being executed the tankers fly in very close proximity of each other on different altitudes. According to Col. Martin this is something that's in the books for a long time but nobody did practise it because nobody needed it. Air space is becoming smaller however with an increase of civilian flights, especially in Europe. Therefor it's viable to practise in case it's needed in real time.

This year the author joined a German Air Force A310MRTT flight with callsign 'Cobo43' and registration 10+27. Receivers were German Air Force Eurofighters and French Air Force Rafales. Contrary to previous flights with, for example,  the KDC-10, this aircraft uses the hose and drogue system. As the receivers come very close to our aircraft we had an excellent view on the operation.

The author would like to thank the EATC for presenting the opportunity to join the media day. 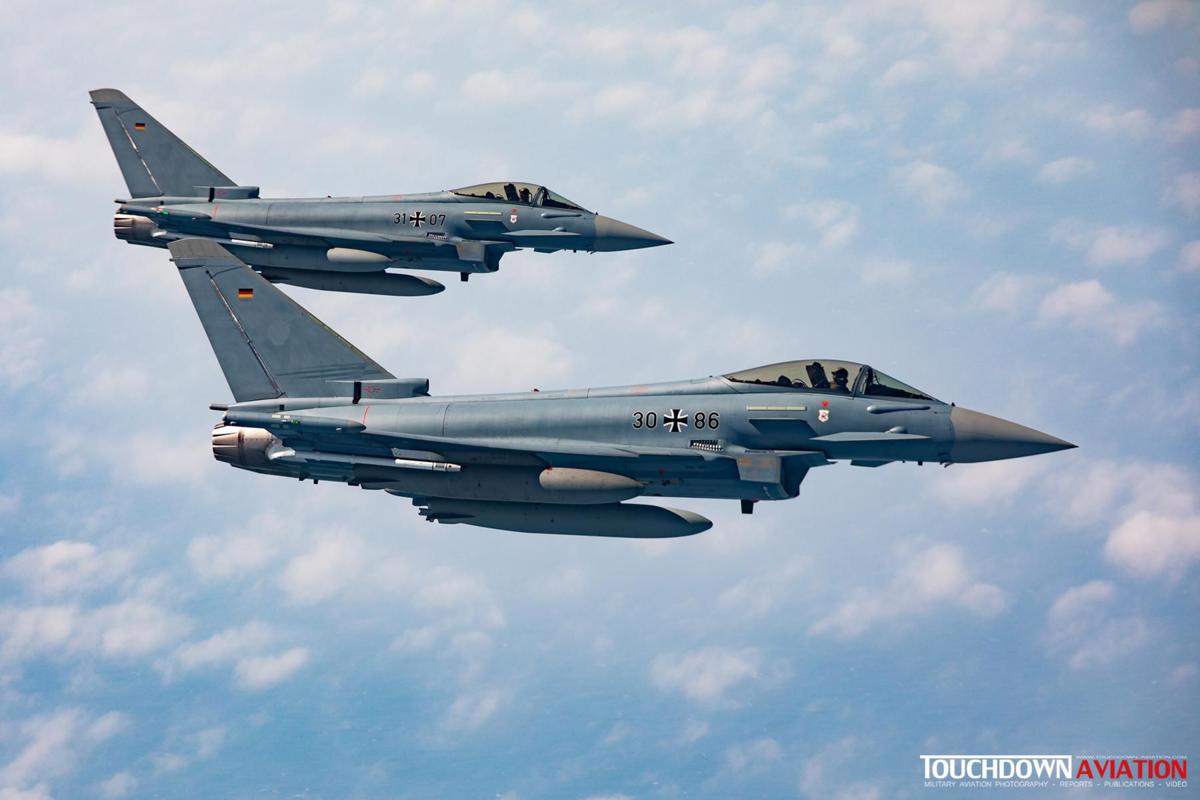 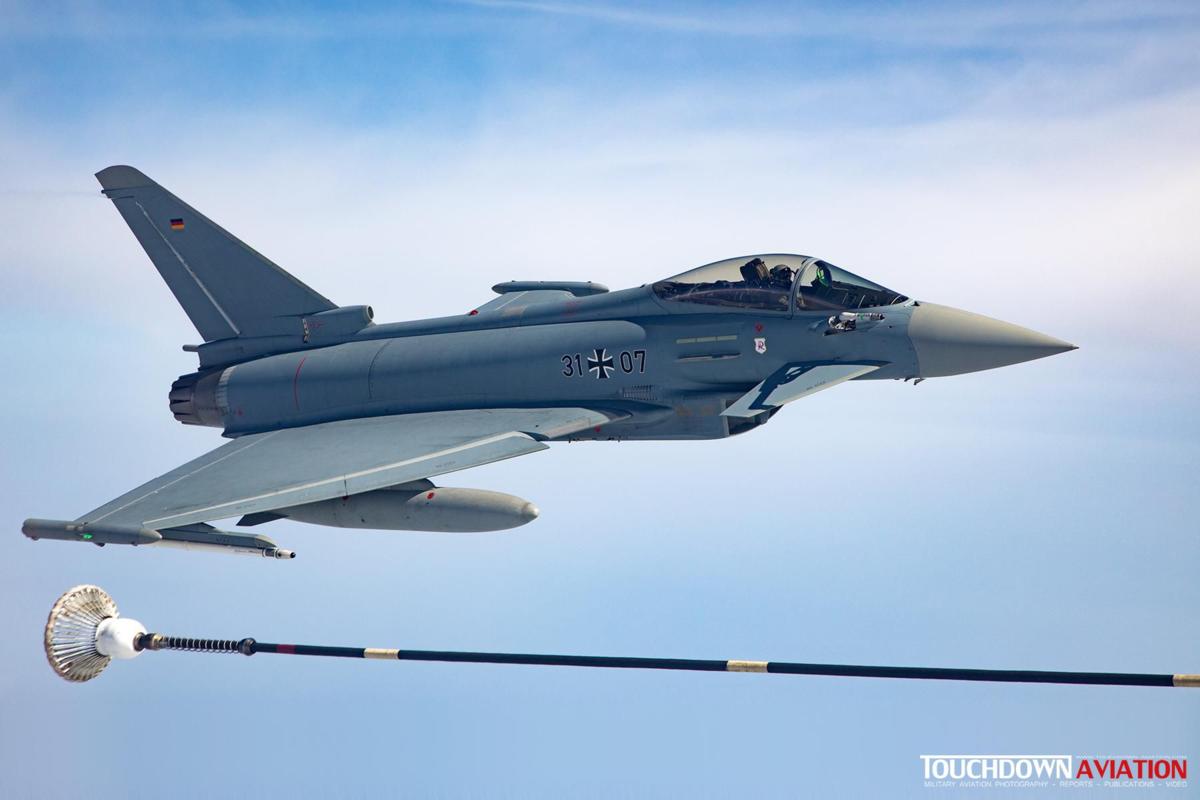 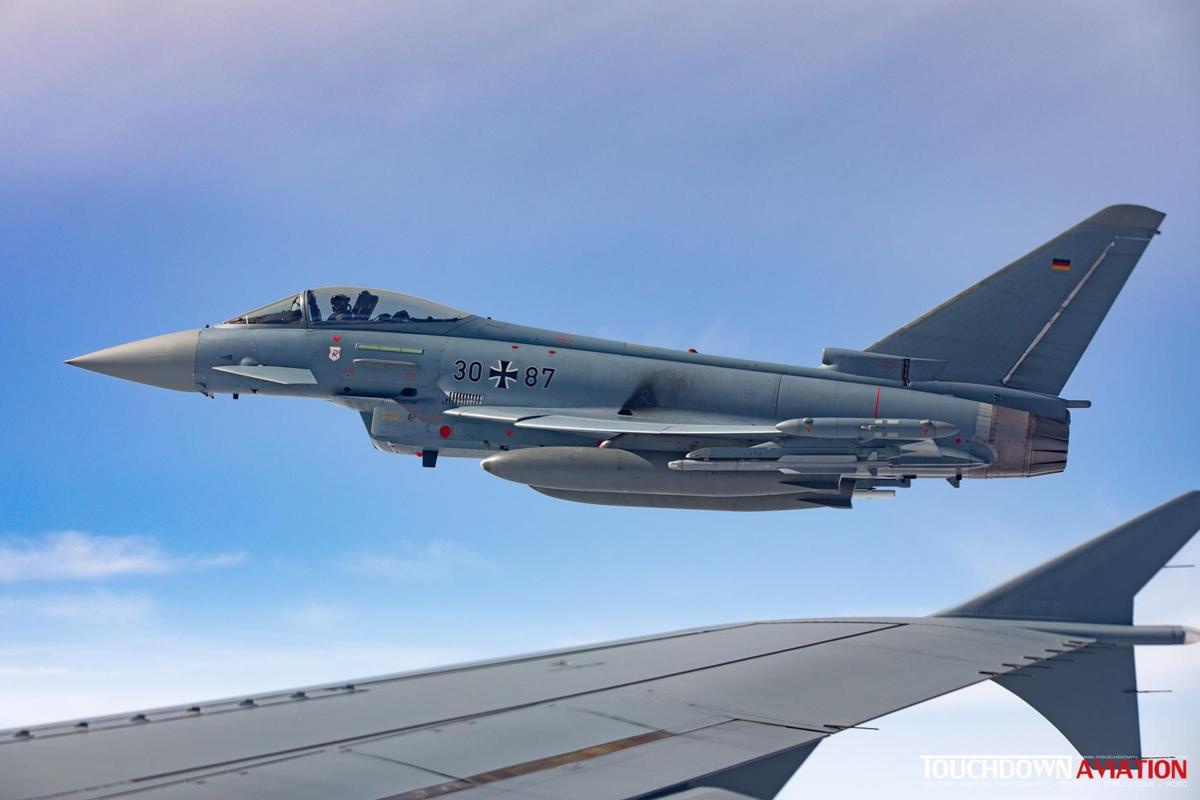 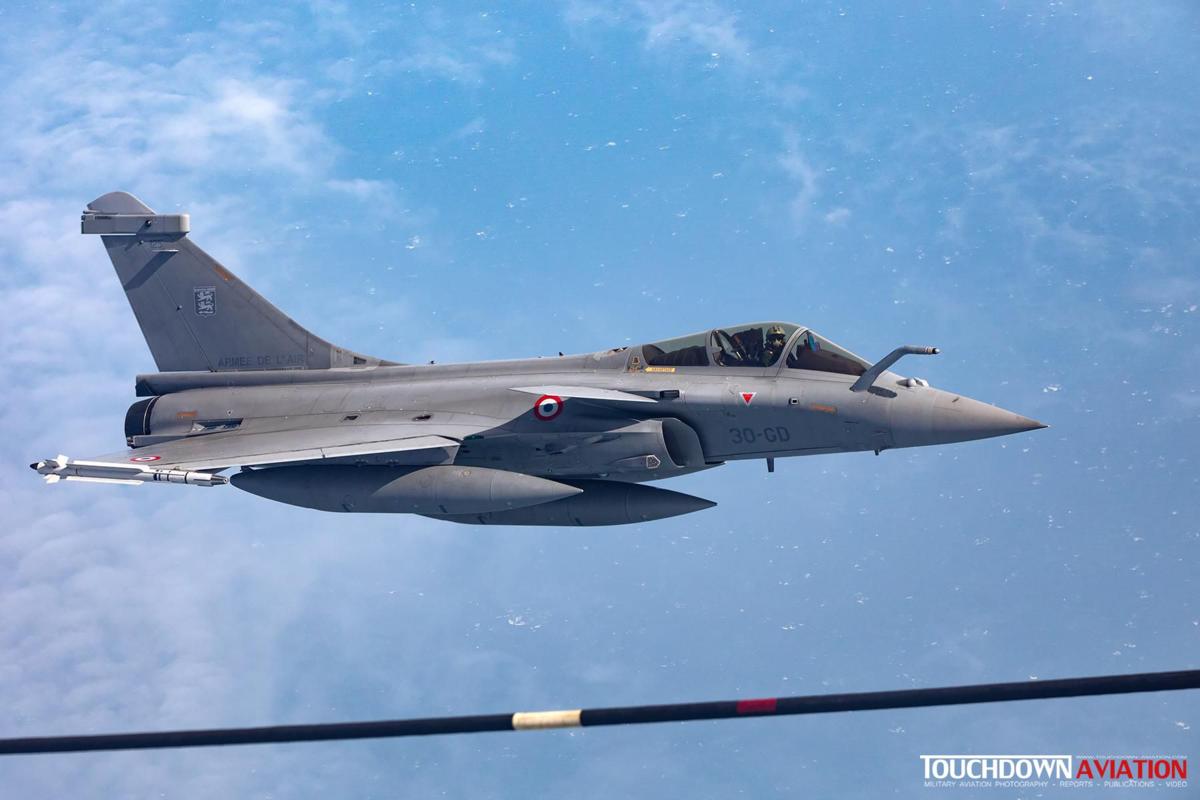 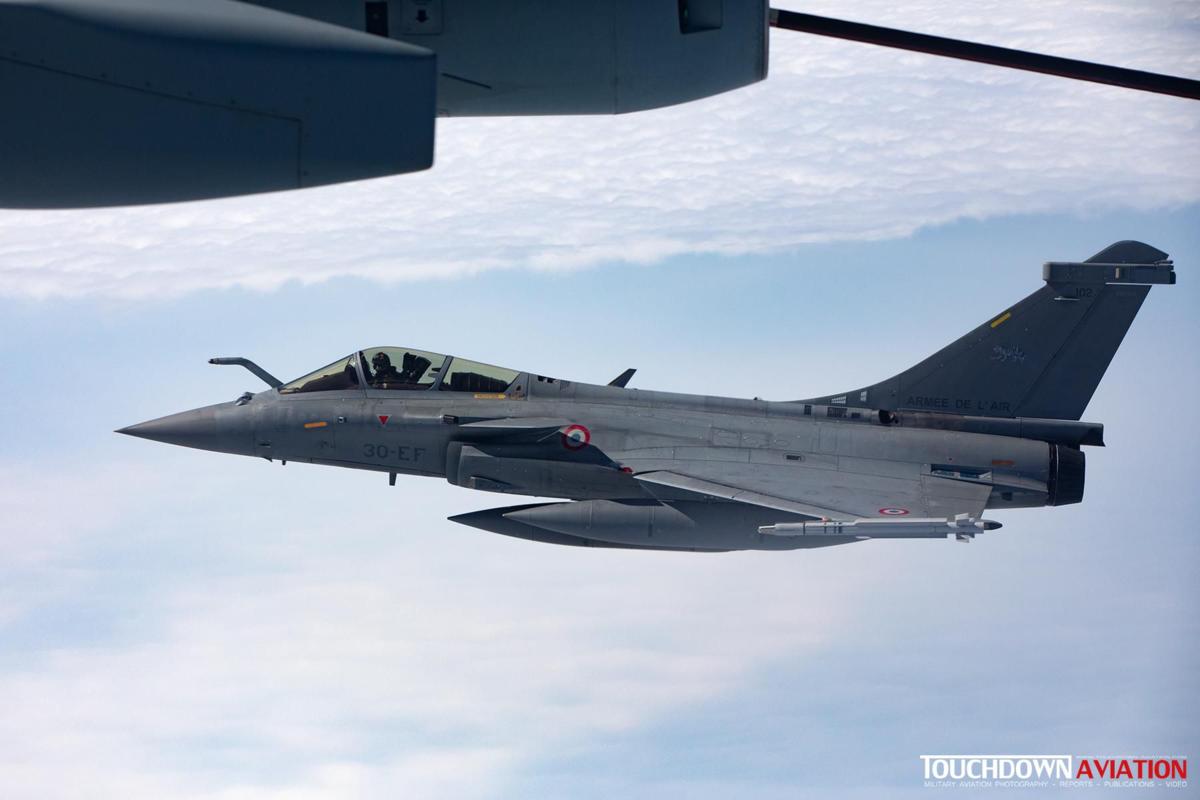 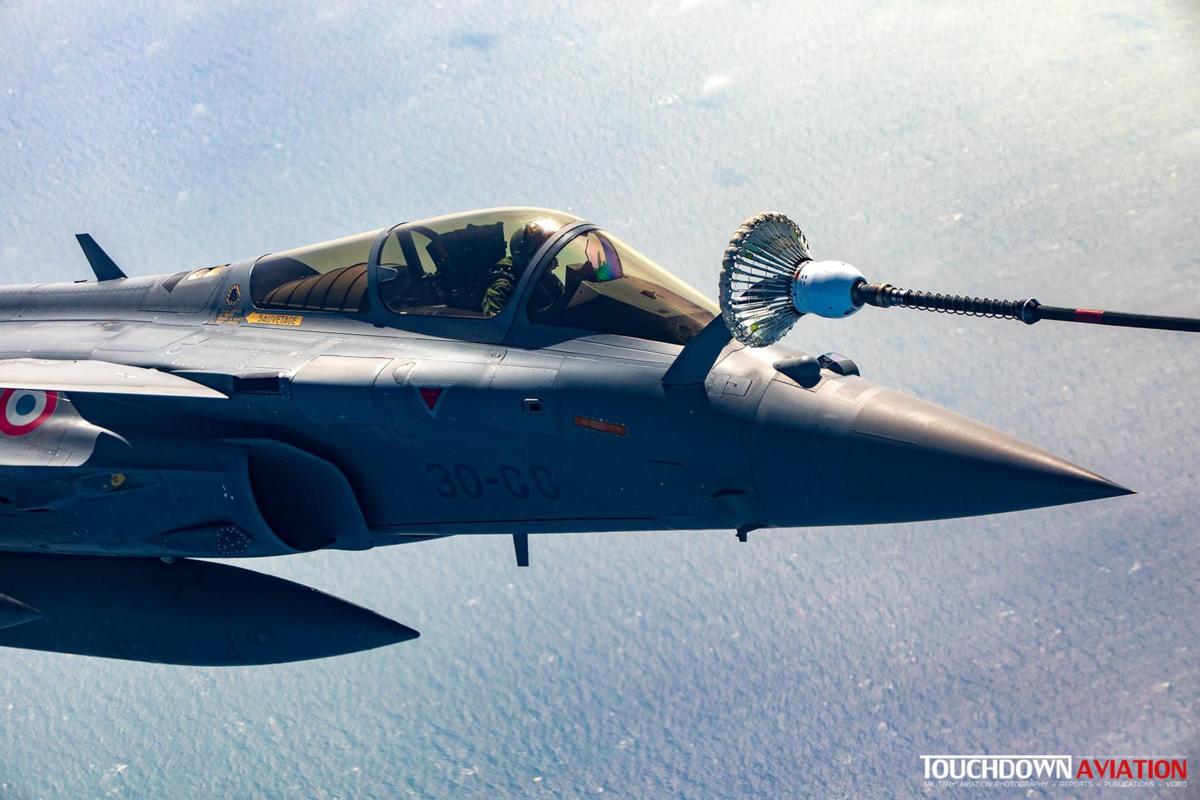 EART 2018 from touchdownaviation on Vimeo.