Phasing out the mighty Dutch vipers

April 13th gave a rare opportunity to take a ride in the time machine and wander around Volkel airbase, The Netherlands, like it used to be in the '80's and early'90's. At the former 306 Sqn ramp (Safari-park), which has not been used for many years now, 19x F-16 were placed in line for about 200 aviation photographers to shoot at will. Touchdown Aviation was present to capture this historic event.

A flightline packed with F-16's used to be a very common sight back in the days. Unfortunately aging airframes, budget cuts and deployments abroad only leave Volkel airbase with a few flyable F-16's these days. Currently 18 airframes are stored at Volkel, maintained in flyable condition and being readied for a possible sale to the Royal Jordanian Air Force (al-Quwwat al-Jawwiya al-Malakiya al-Urduniy). For one last time, the base personell managed to put all (but two) airframes normally tucked away in base hangars out onto the flightline for a unique photoshoot. Unfortunately the weather was a bit foggy and hazy at first, but around 11.30 the sun came out to play.

The author would like to thank SGV and airbase crew for their hospitality and efforts in making this event happen. 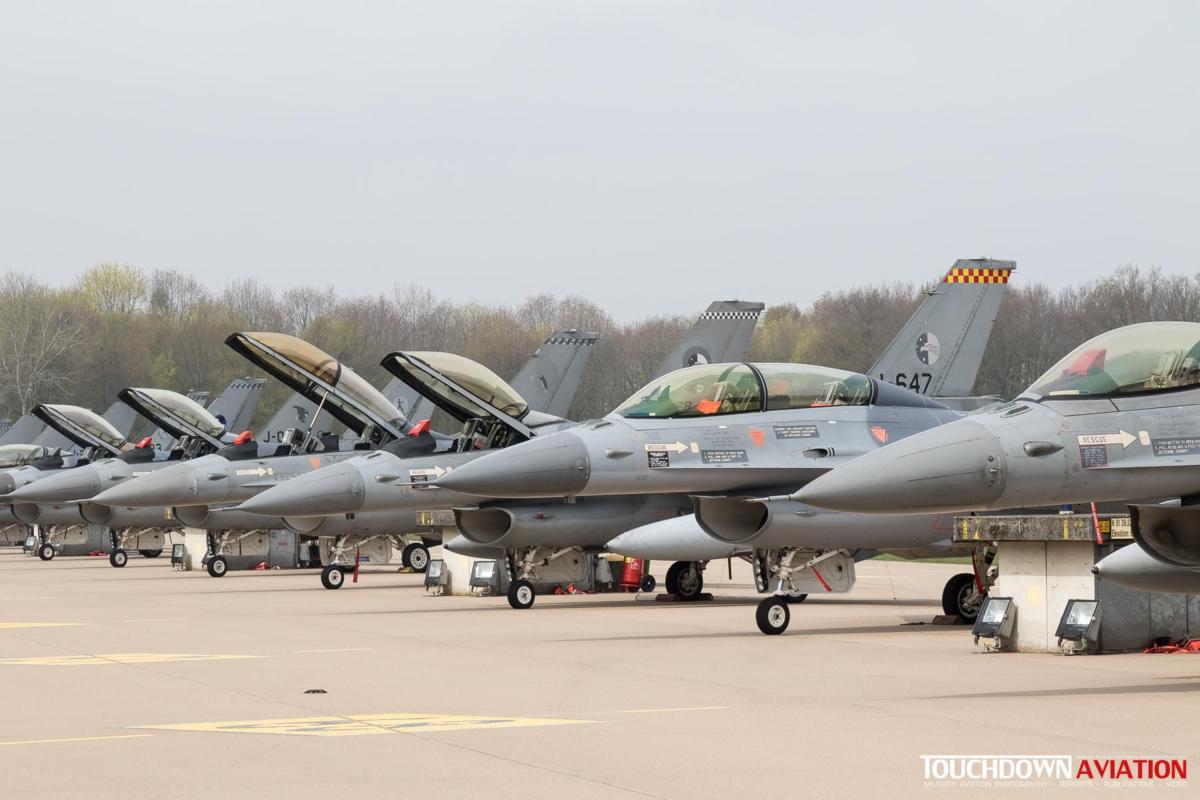 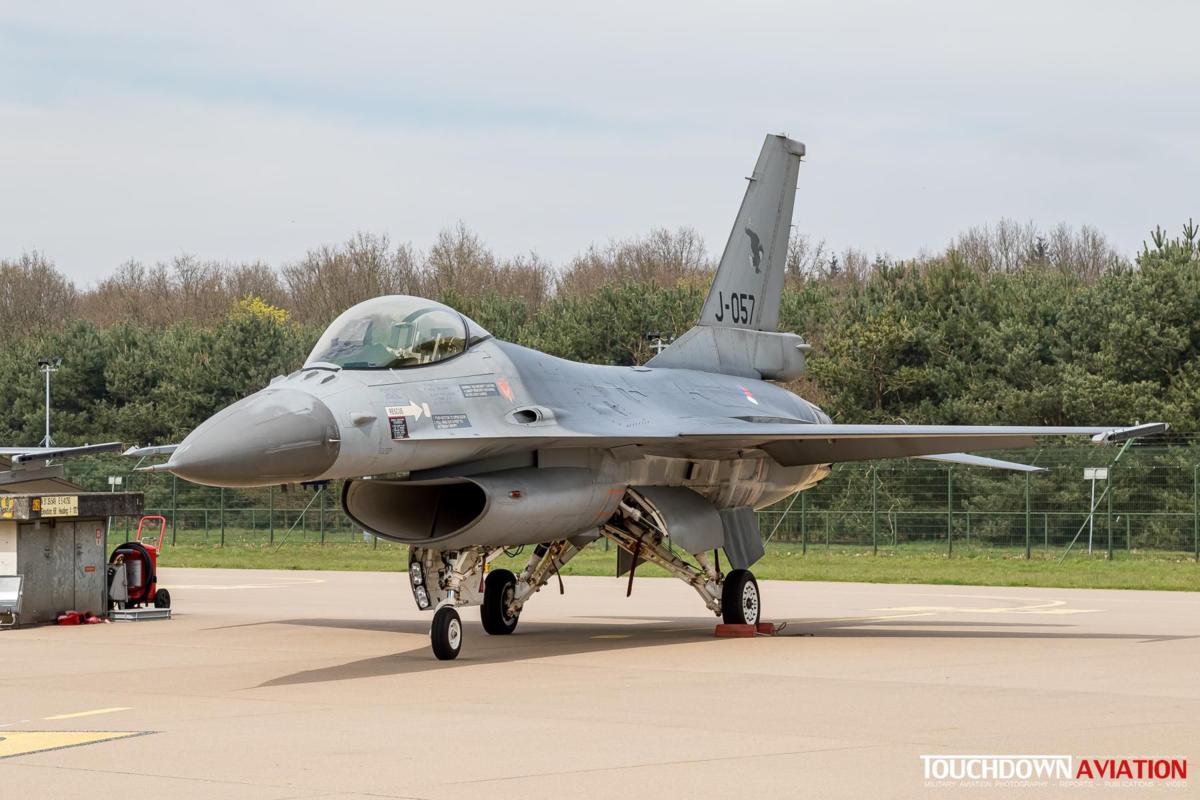 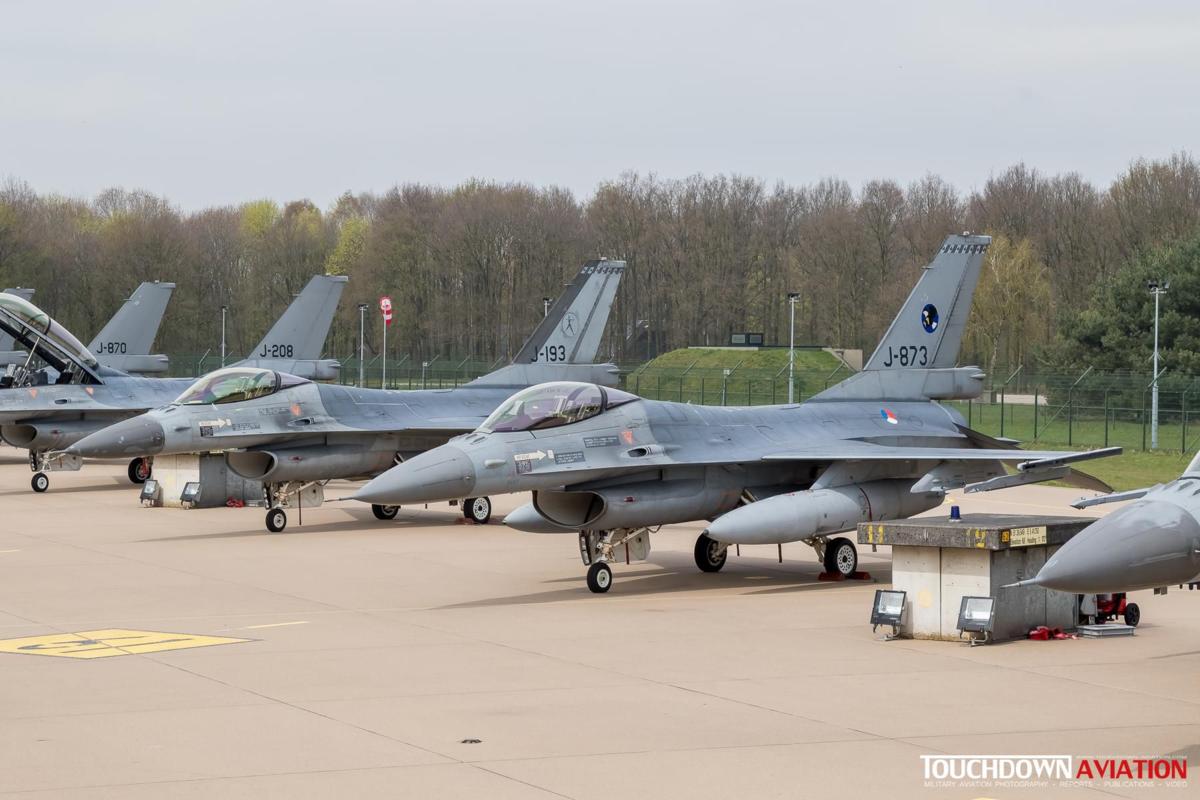 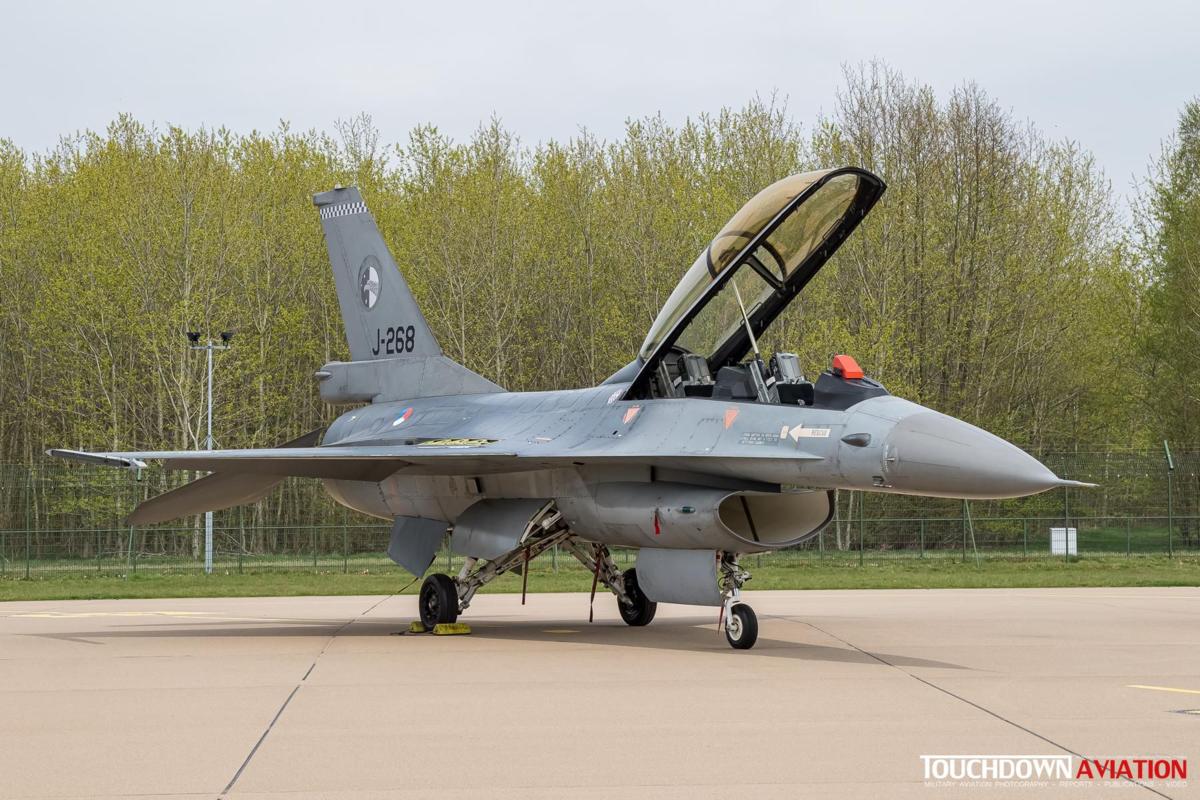 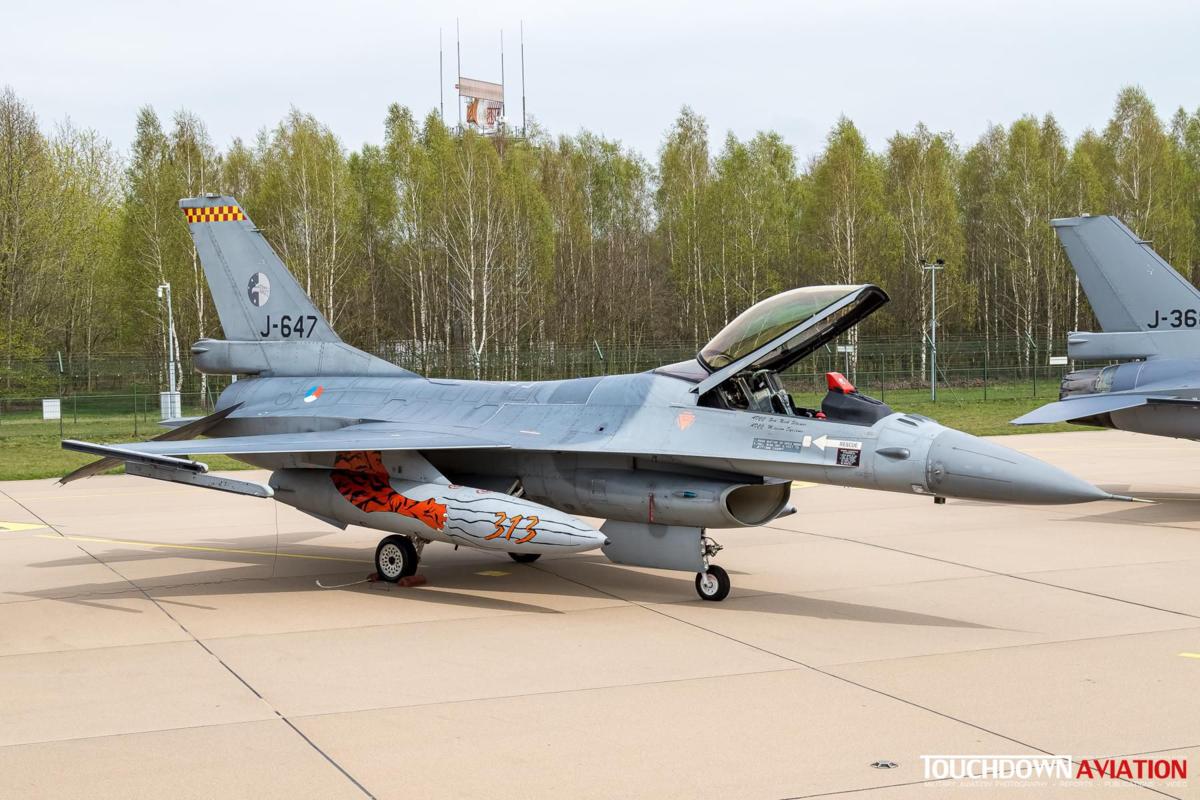 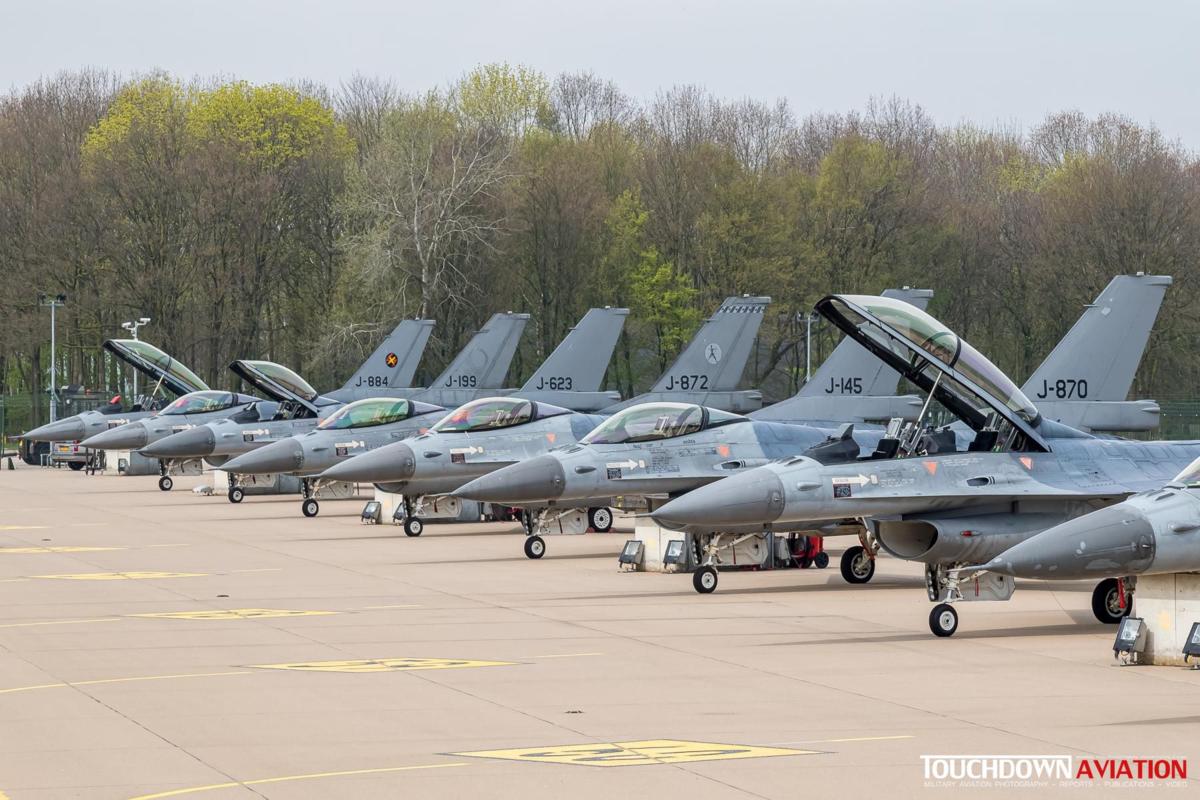 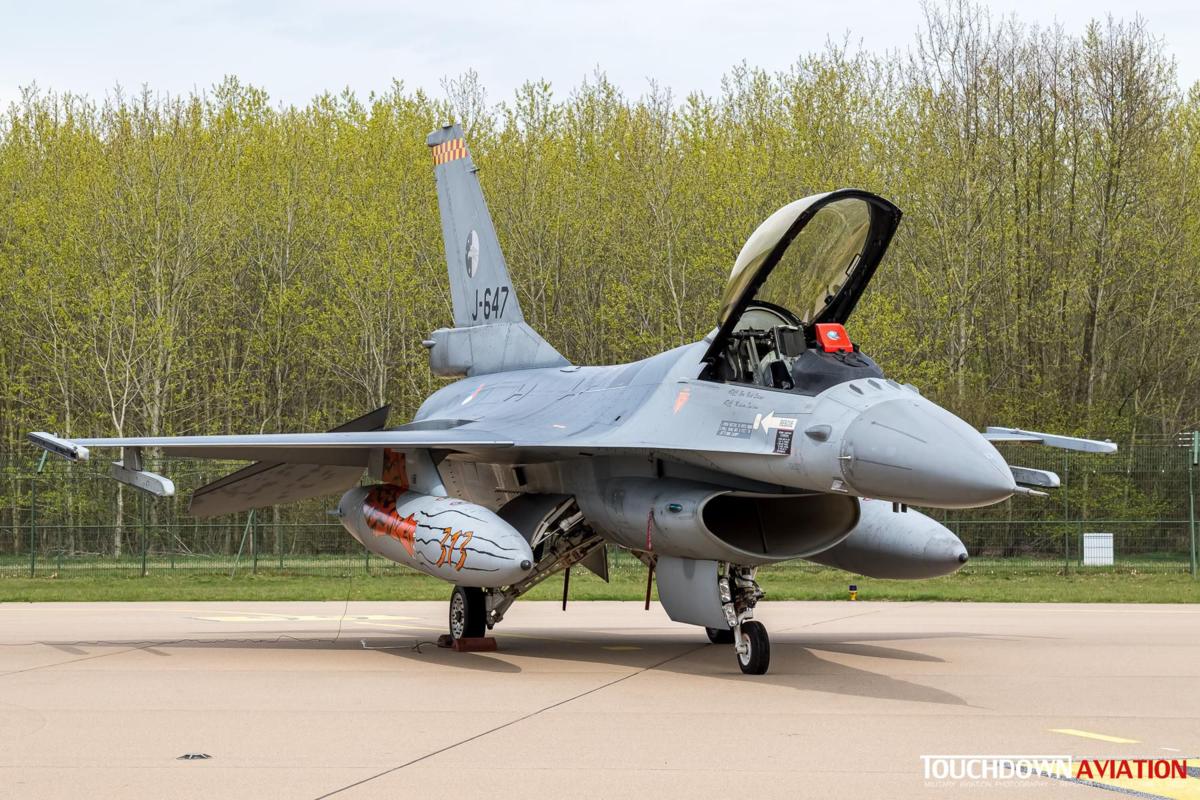 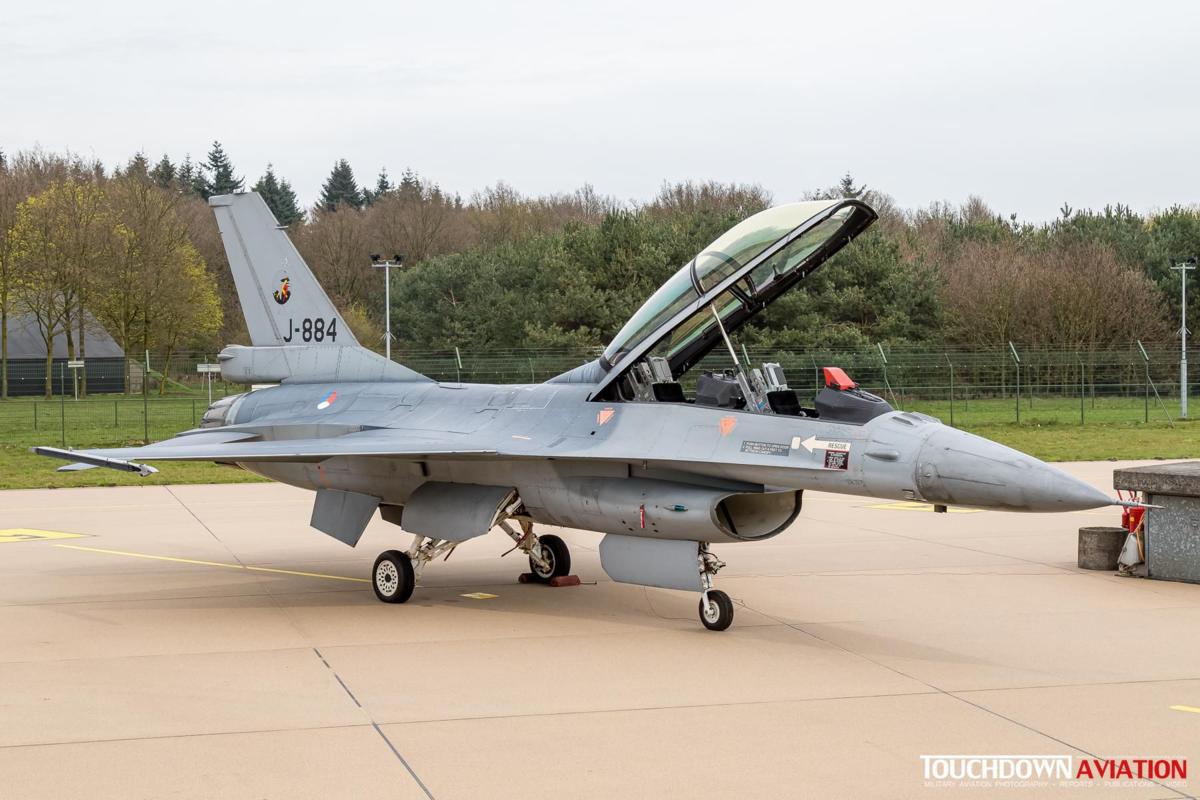 The Royal Netherlands Air Force acquired a total of 213 F-16 Fighting Falcons over the years. The first F-16 was delivered on 7th of june 1979 in the form of dual seater J-259 at Leeuwarden Air Base. In total 177x F-16A and 36x F-16B were delivered to the RNlAF. In the glory days, no less than 9 squadrons were equipped with the Viper, and an additional trainingsquadron was in the USA for the OCU role (part of the 148th Fighter Wing at Tucson IAP, Arizona). Currently (end year 2019) only 60 jets remain in service. with the F-35 entering operational life within the RNlAF the days of the mighty Viper are counted. 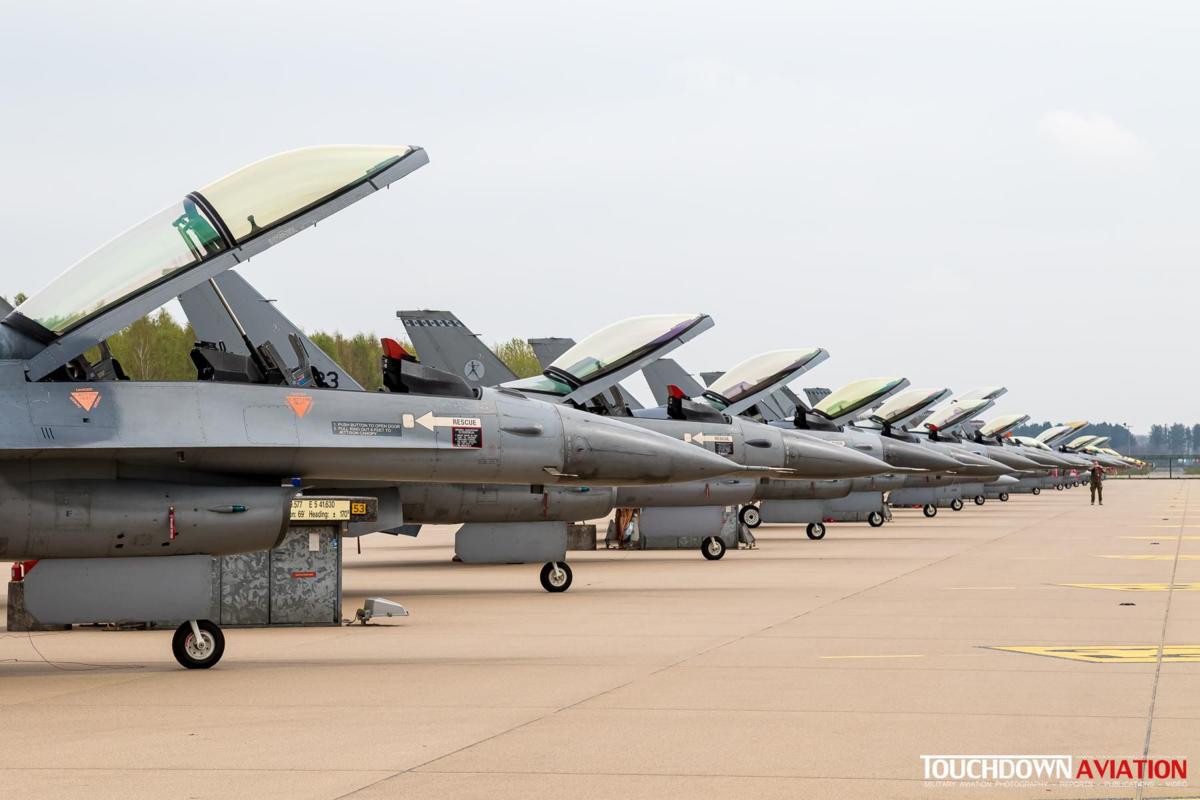 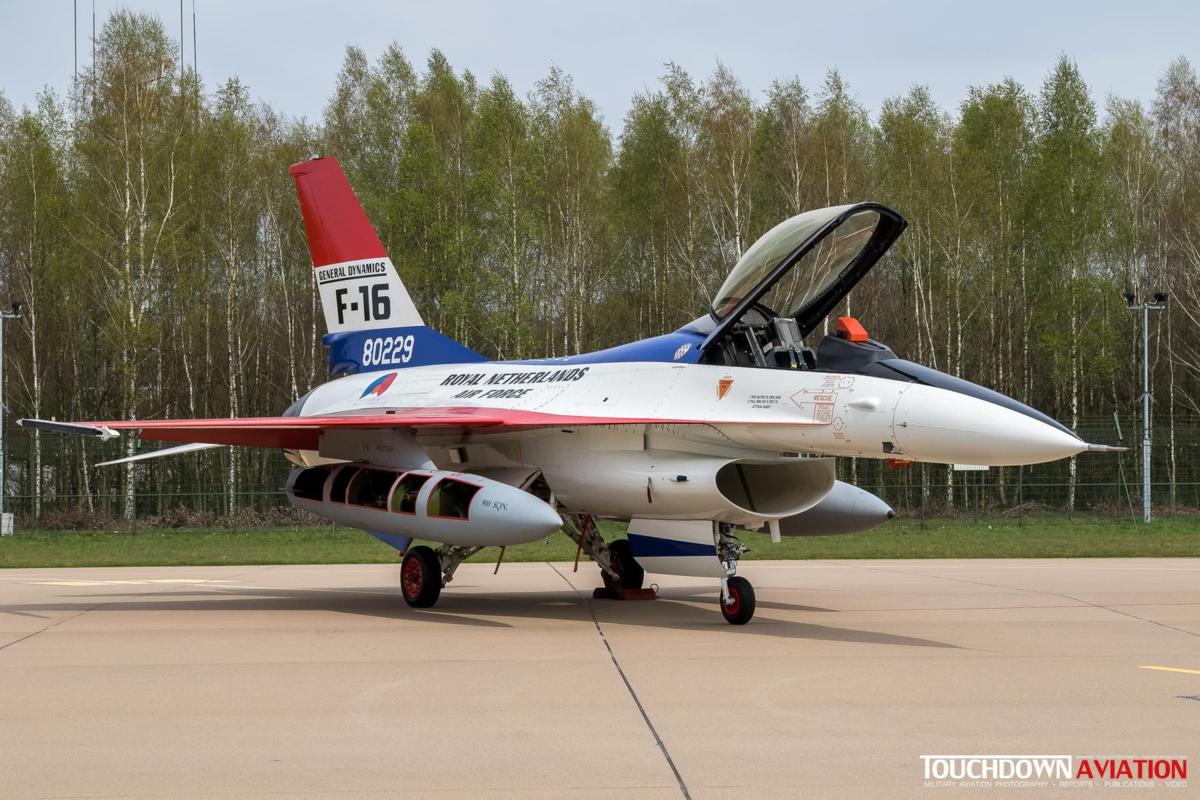 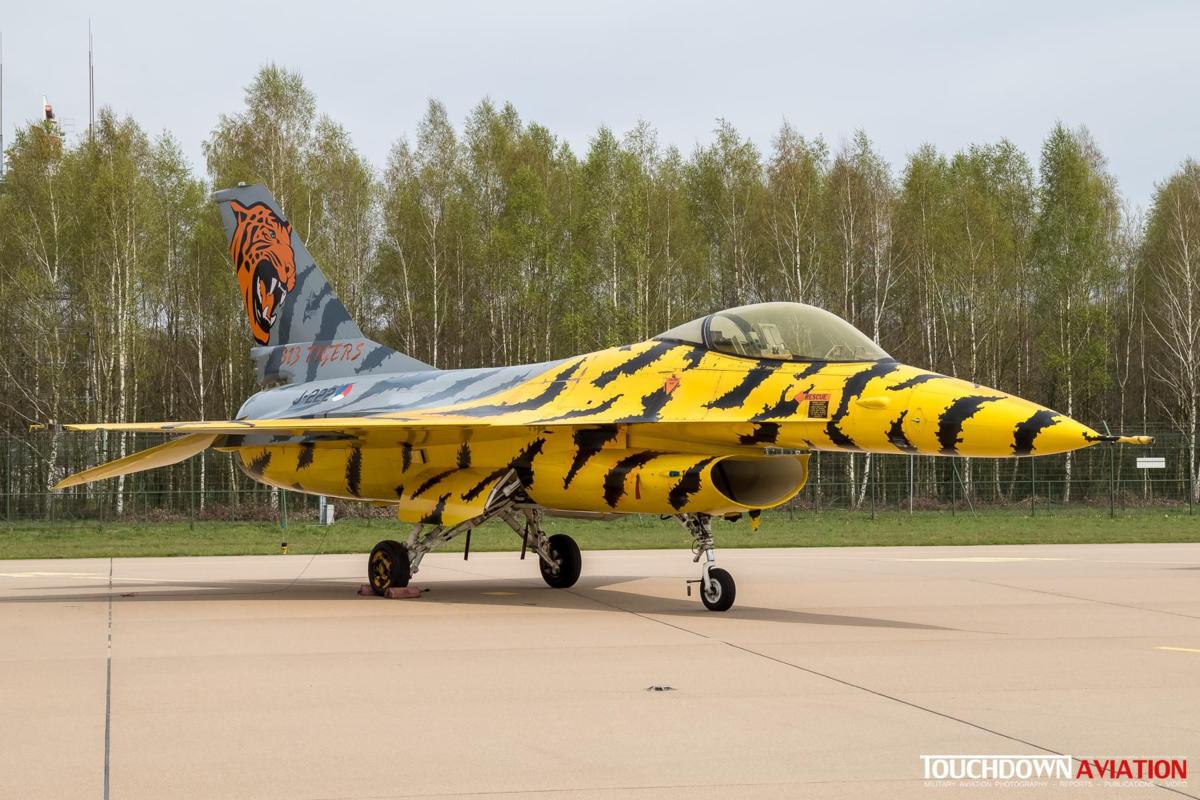 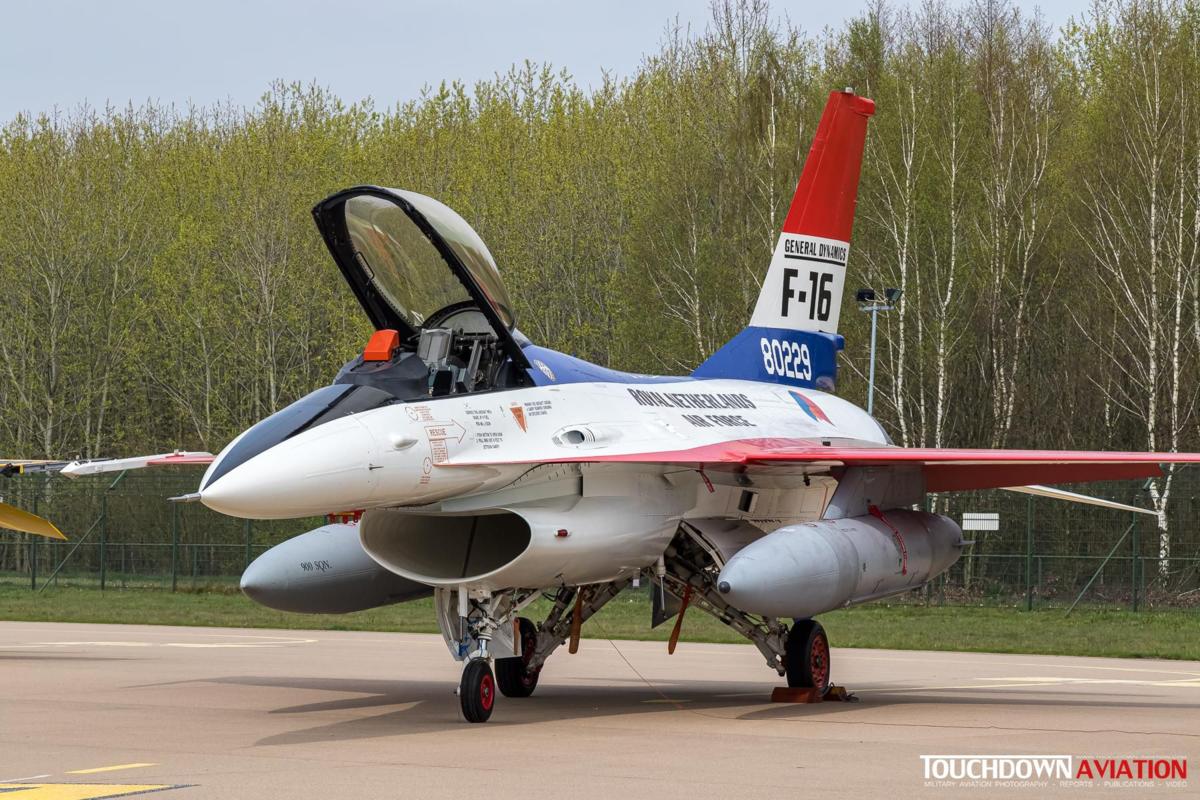 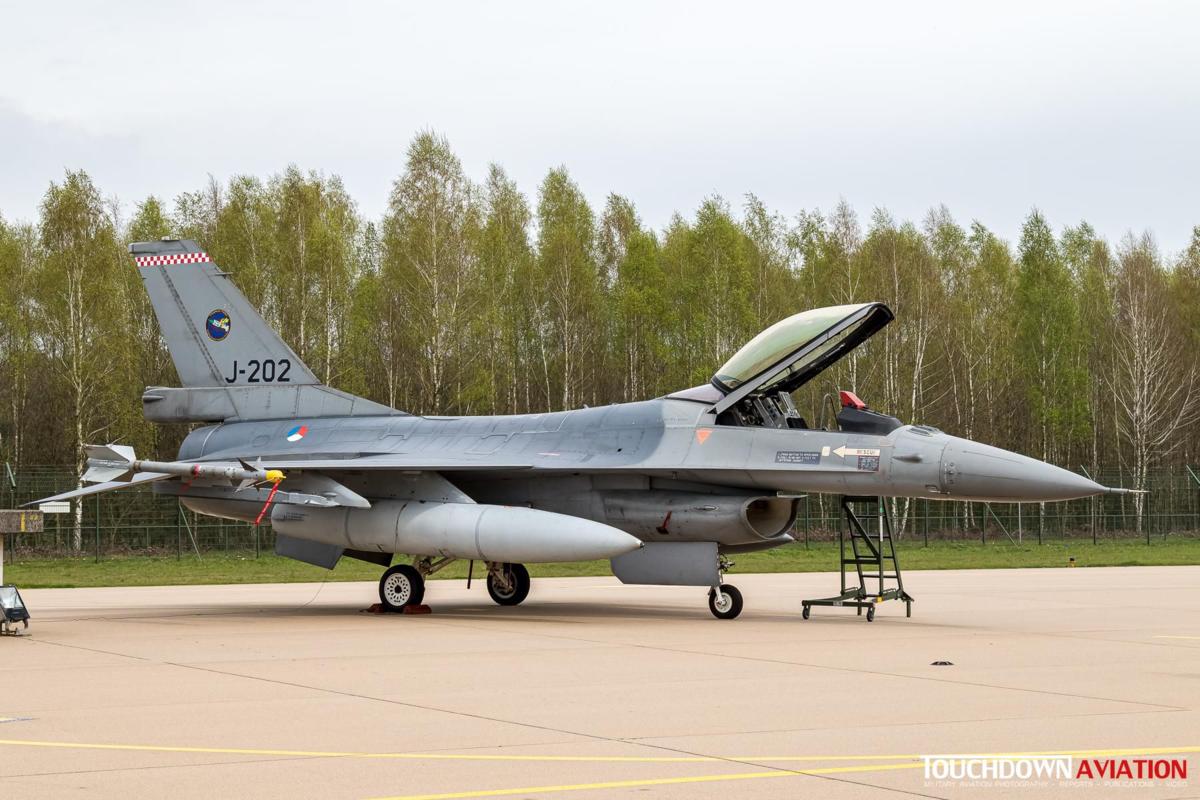 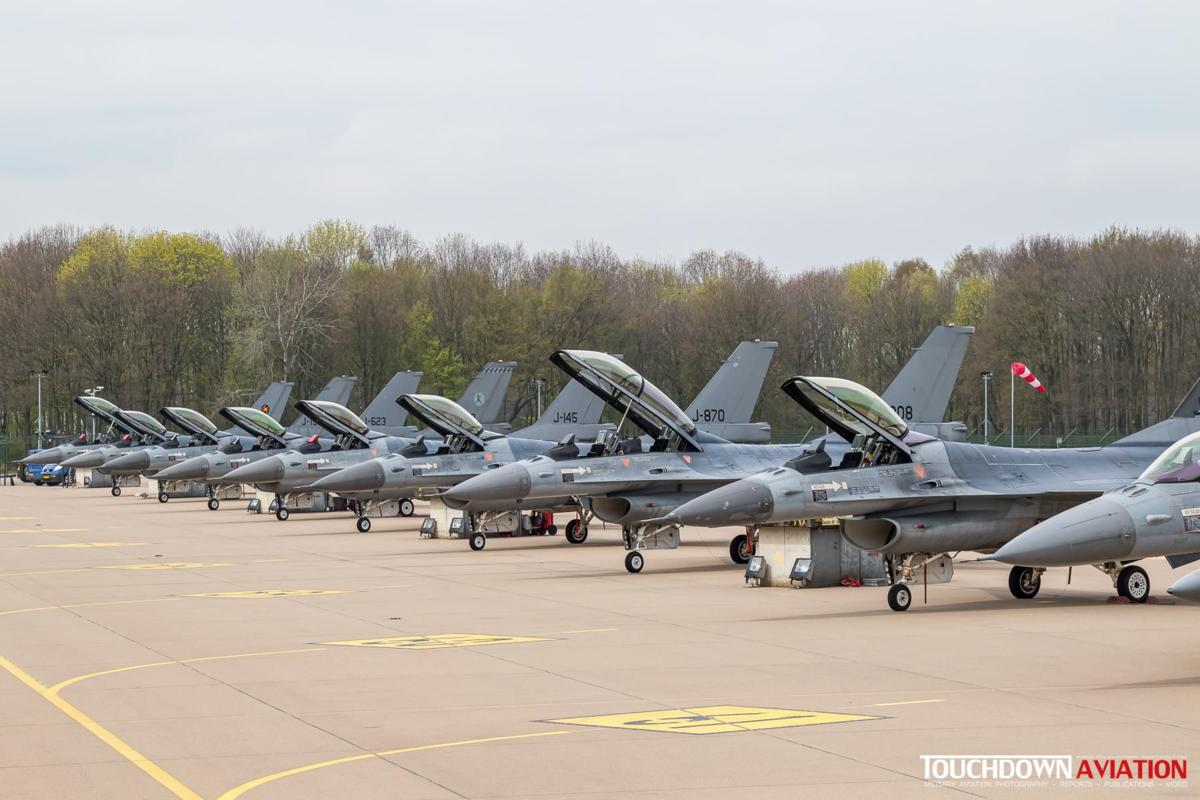 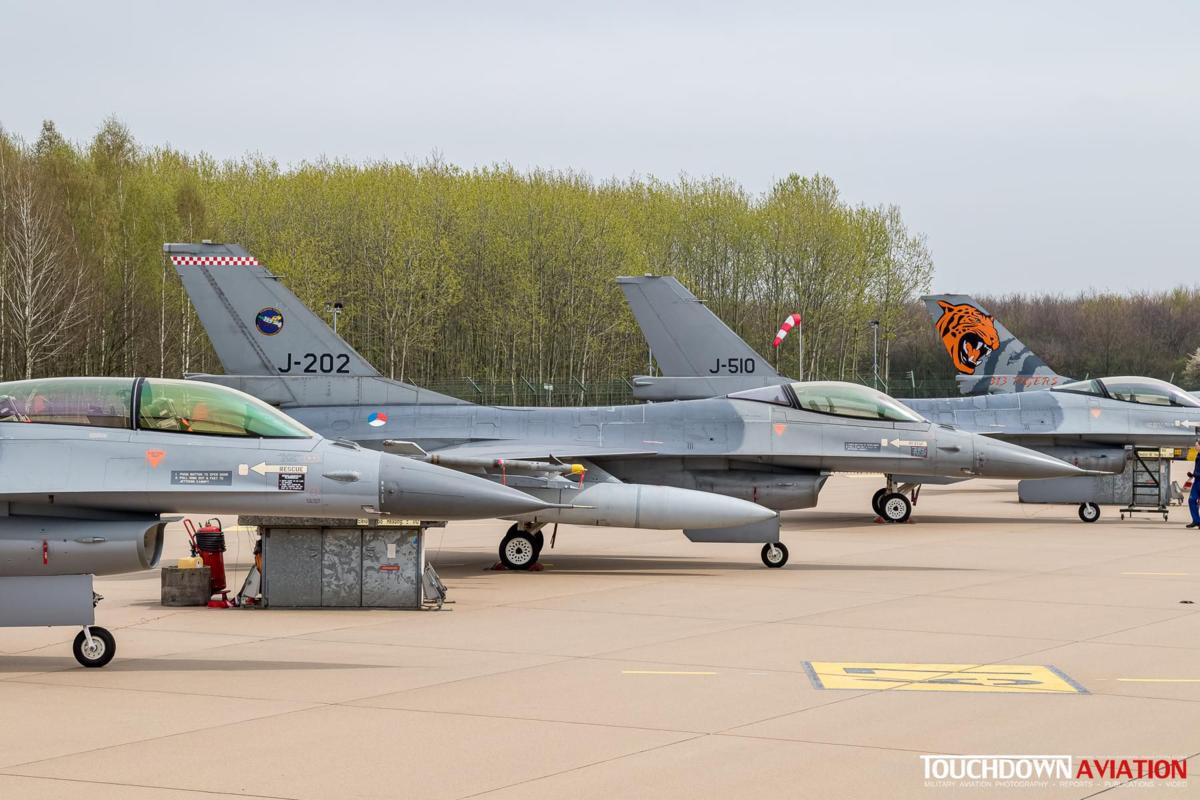 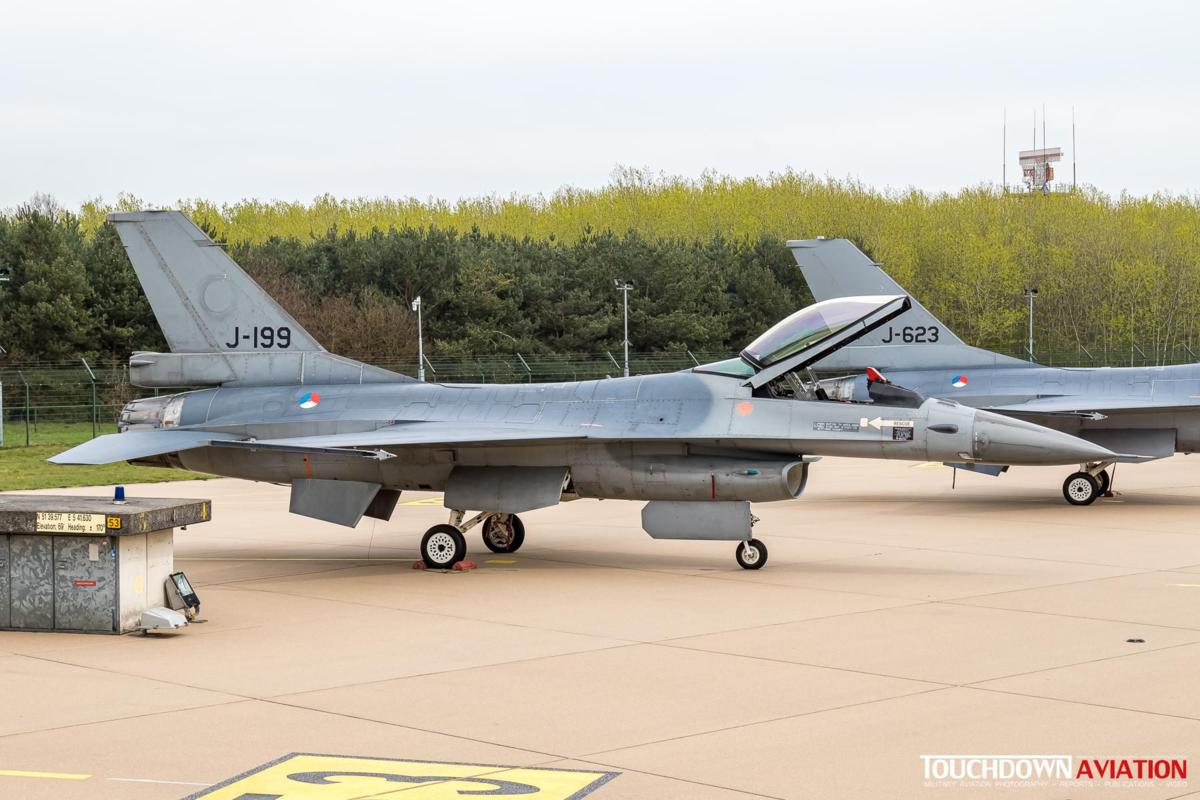 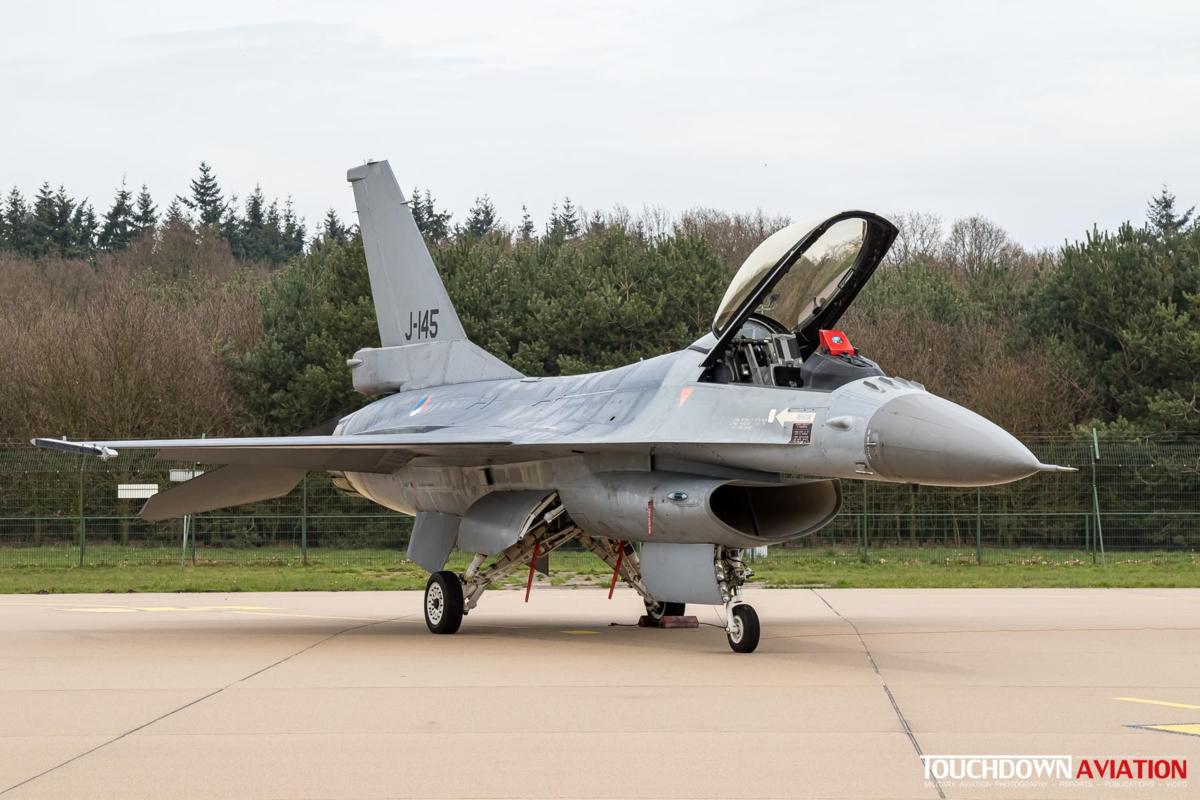