From April 11th - 22nd Leeuwarden Air Base, the Netherlands was host to the annual Frisian Flag exercise. Organised by 322 Squadron, but with support from various units within the RNLAF, and seven participating nations it is the largest NATO exercise in Western Europe this year. Touchdown Aviation visited the media day on April 12th and found out that the demand for such exercises is still high.

Col. Danny Traas, base commander of Leeuwarden Air Base explained the need for such an exercise from a strategic point of view. He explains: "Global developments for the last couple of decades, both on a political and military level show trends that requires combat ready Air Forces. The last two decades Western Nations have been engaged military preparations all over the world. In almost all of them airpower has played a significant role, sometimes even an autonomous role. So that means we need combat ready Air Forces."

Where former editions of the exercise saw the NATO response force as main occasion to organise Frisian Flag it's now shifting a little to other trends. Col. Traas continues: "Another trend is that we operate without exception in coalitions. Ofcourse we have NATO but developments also have shown that we operate more and more with different coalitions, sometimes called coalitions of the willing. Countries almost never operates themselves with their own Air Force in a mission"

That these missions brings some challenges with them is something Col. Traas is aware of, he says: "On the other hand reaction times have shortened. In the 90's we should have a couple of months, up to a year, of lead in time before a certain mission kicks off. In recent missions to Afghanistan, Libya or Iraq and Syria we had reaction times of a week or even less. (..) It means we need to be ready at all times for missions wherever in the World."

He continues: "Besides that the political and public demands are great. They want us to be effective with a minimum of assets and at a minimum cost. They want us to do it without collateral damage, with no casualties on our own side. And those are all logical demands, but high demands. That puts (..) high demands on training and training requirements and I believe Frisian Flag fulfils that requirement." Col. Traas concludes.

For those who have read our2013 and 2014Frisian Flag reports, know that one of the main objectives of the exercise is to provide air- and groundcrew with realistic training in a modern air combat environment, by planning, executing and debriefing Large Force Employment missions. One of the lesser known objectives is to promote leadership, initiative and self discipline. For Capt. Remco, project officer for Frisian Flag this objective is something he works on everyday he told the author in an interview: "Last year I was assistant project officer for the Frisian Flag exercise. This year I have full responsibility and that brings an extra dimension to the exercise. In these two weeks you bring together all the training you've done in the past, but also experience gained from real World missions like those in Iraq."

The high demand for these kind of exercises translated directly in the number of participants. This year saw one of the largest number of mission participants in years with up to Forty-six aircraft in one wave. Almost Seventy aircraft in total were present at Leeuwarden as all Countries brought spare aircraft with them. Last year saw the first time participation of ANG Eagles as part of a Theatre Security Package (TSP) deployment. They returned for this year with other units and a slightly smaller number of aircraft as the TSP was split up in participating in Frisian Flag and delivering Icelandic Air Policing simultaneous.

Where the F-15s, among with the GAF Eurofighters and FinAF Hornets took part in the air-air role and the F-16s in a multi-role, two fighter types took part in the air-ground role; the FAF Mirage 2000s and RAF Tornado GR.4s. Both types and squadrons were a first for Frisian Flag. When asked about the importance of the participation of these specific platforms, equipped for the air to ground role, Capt. Remco explained: "With our F-16s we can provide multi role missions, being either air-air or air-ground. With the participation of specific platforms for the role of air to ground we have lots of knowledge which we can add to the exercise. In the scenario you need all players and we can learn a lot from them". 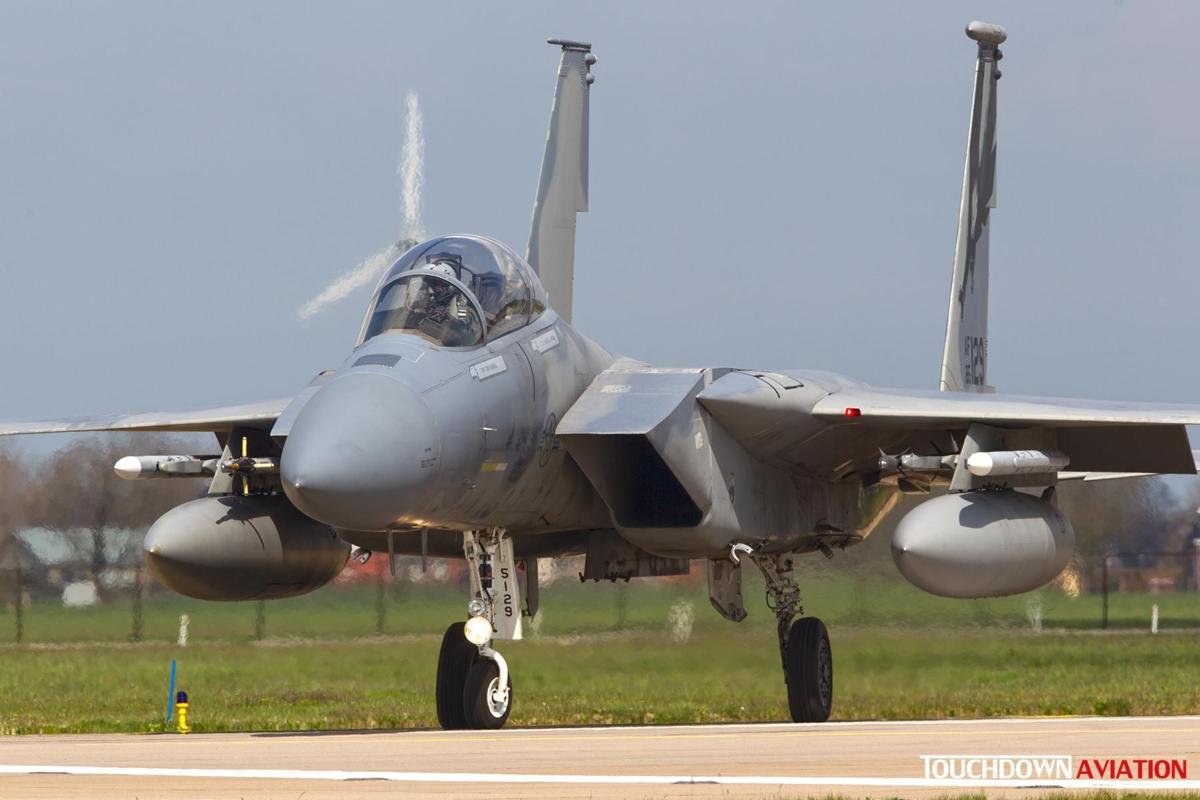 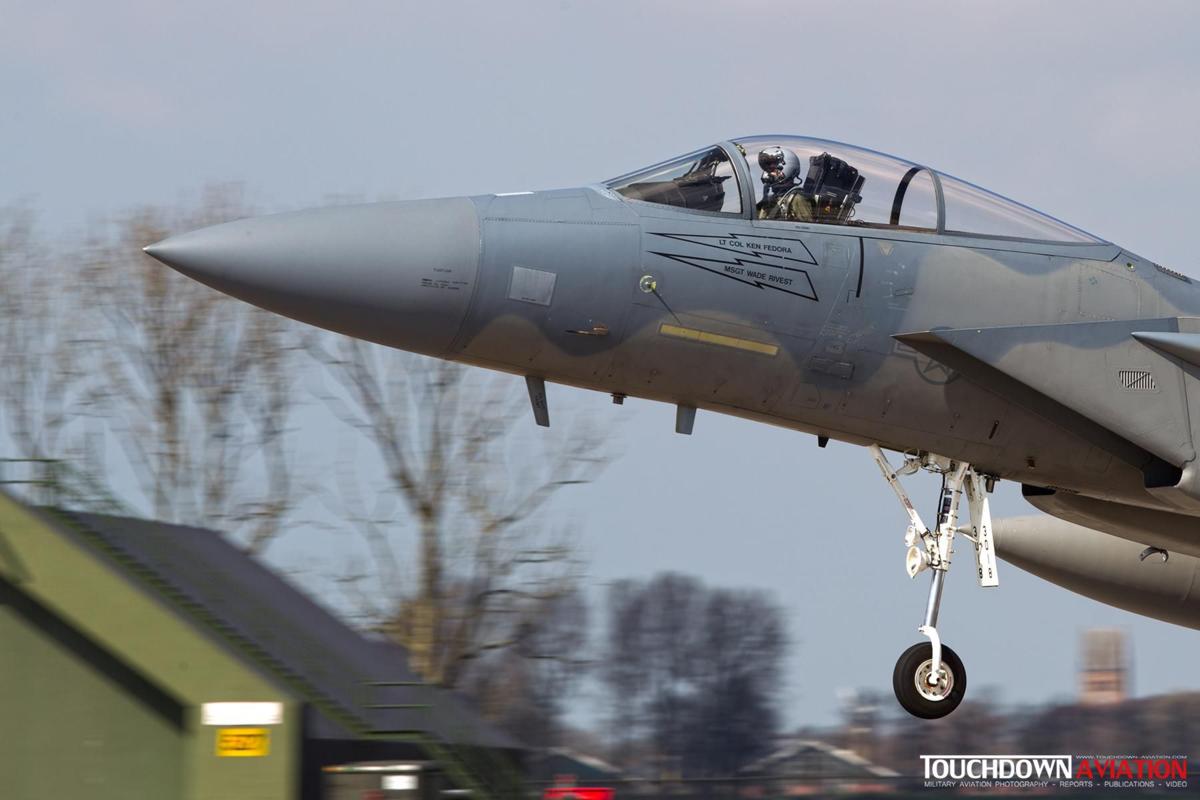 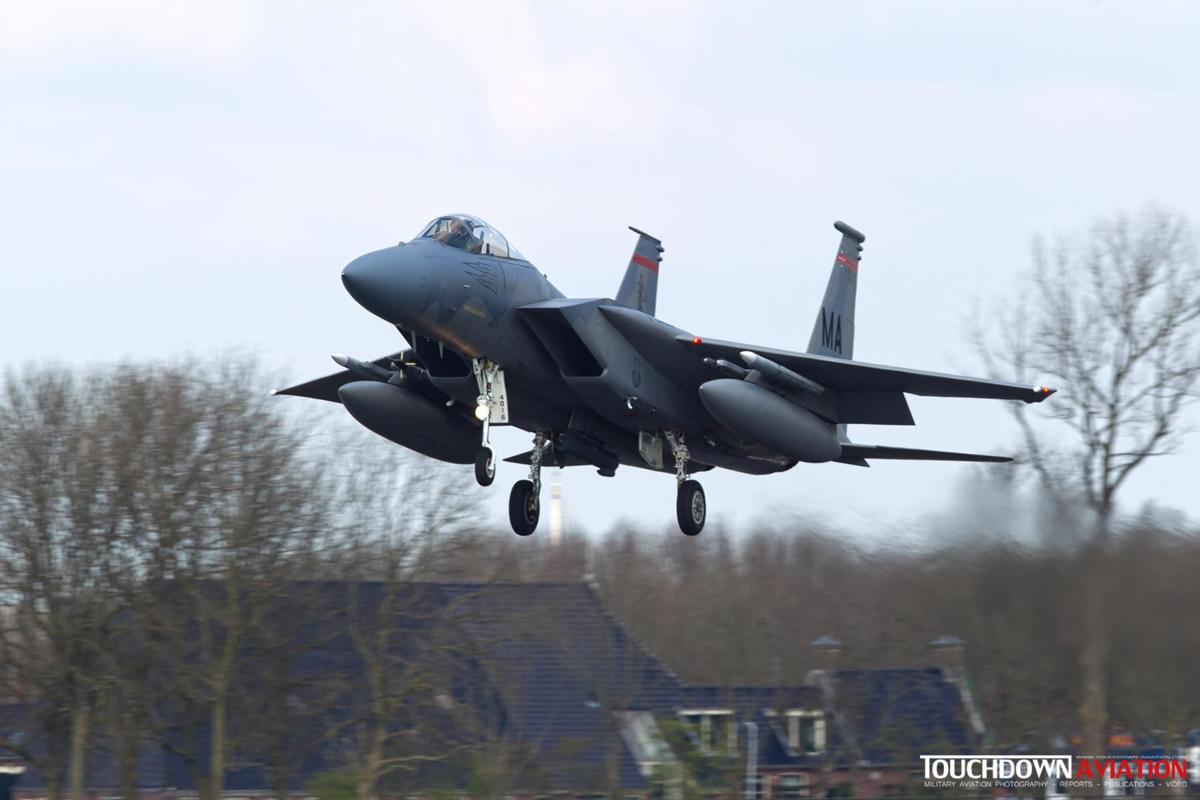 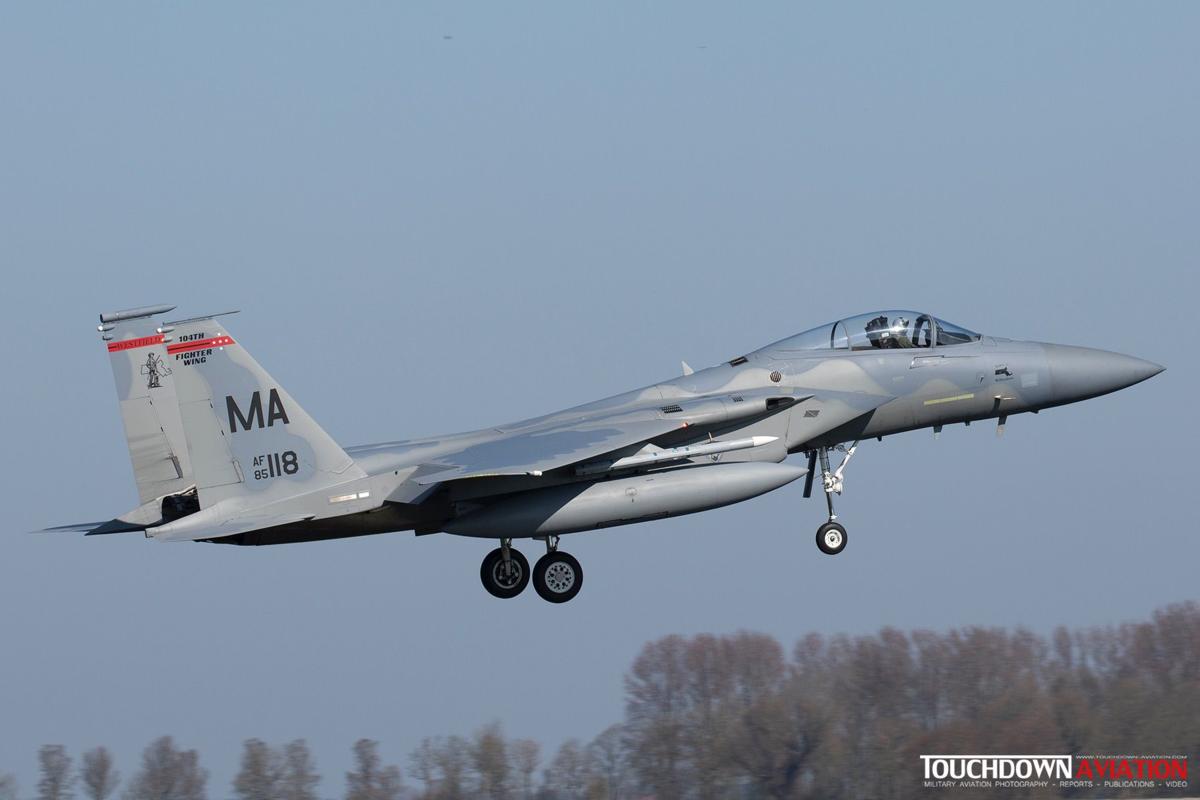 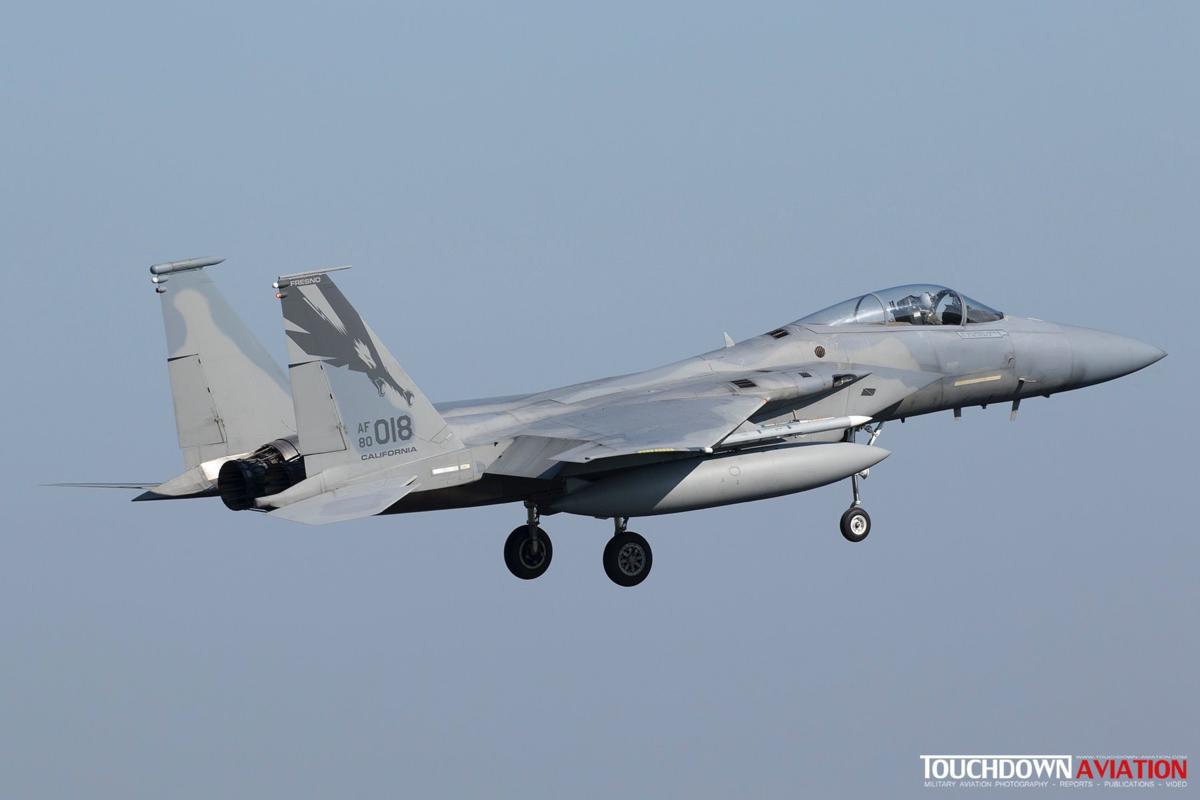 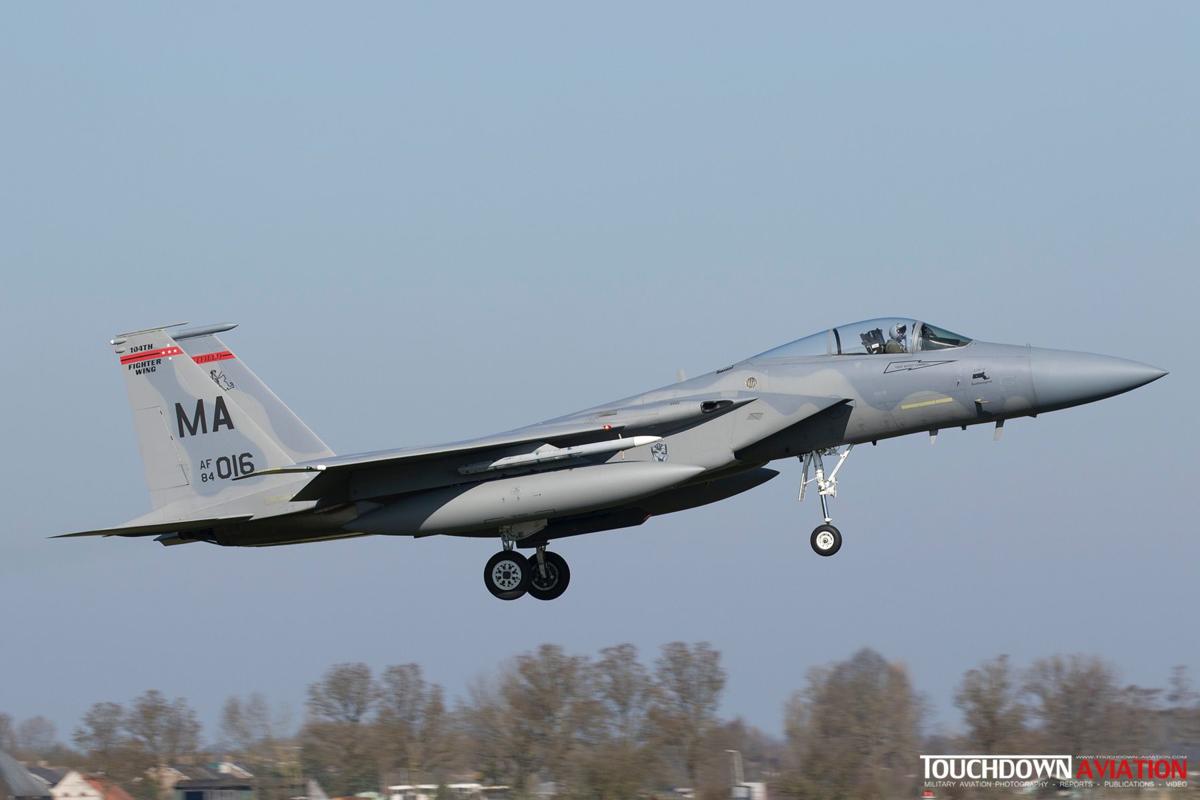 To learn more about the air-ground role we spoke to the Mission Commander of RAF No. 9 Squadron. When asked to describe the mission of the Tornado Gr. 4, he explains its a very specialised role, he clarifies himself with the phrase: "Fighter Pilots make films, Bomber Pilots make history." He continues with: "That's where we specialized ourselves, (..). When we talk about specialist it's still a very broad range of what we do; Storm Shadow (Air Launch Cruise Missile red...) long range, Precision Strikes, Air Interdiction, Areal Targeting and Close Air Support but also Tactical Reconnaissance with the Raptor Pod (..) so we get very busy. We do carry air-to-air missiles like the ASRAAM (..) but it's not used in an offensive role, first we concentrate on hitting the enemy on the ground."

When asked about he main goal for this exercise he confirmed the overall view we were given: “As a Mission Commander, Frisian Flag just gives us that opportunity of a really high end war fighting training, developing my young guys who haven’t seen the larger ambitions here where we took 50plus aircraft out there in some awesome airspace, it’s a great exposure for them. For the more senior guys it’s to get the re-qualification of the high end formation leadership GR.4 air operations leaders and that’s where we really are aiming at; use the match of train hard fight easy. So this is one of those operations where we can train hard (..). Combat Airpower is all about the ability to react quickly, to react with absolute precision and this is our chance to prove that we can still do that.”

That participation in Frisian Flag is not only added value for the aircrew itself, but for the whole squadron is something the Mission Commander wants to emphasize, despite Leeuwarden being in their backyard, he says: "What's great about it, it's not only exercising the two guys in front of the jet. The exercise is the entire squadron setup and also the logistical setup the Royal Air Force is one group with the ability to deploy a Combat Air Squadron, whether it's across the Atlantic or a damp fresh of water (the North Sea, red...). So the challenges for my engineers, my logisticians, my administrations staff are really good, it proofs that we can deploy, we can operate expeditionary, setup and start a mission." he concludes.

When looking at the above words we can summarize that the need for these kind of exercises is justified from an strategic perspective as well as from an operational point of view. In the next years, Frisian Flag will keep on to fulfil this demand as Col. Traas confirmed during the media presentation: "When we look into the future it learns that the introduction of the F-35 will play a major role but at this moment it's no reason to say Frisian Flag won't go ahead."

For more information about Frisian Flags objectives, missions and images, including air-air refueling and E-3A AWACS; please visit our 2013 report. 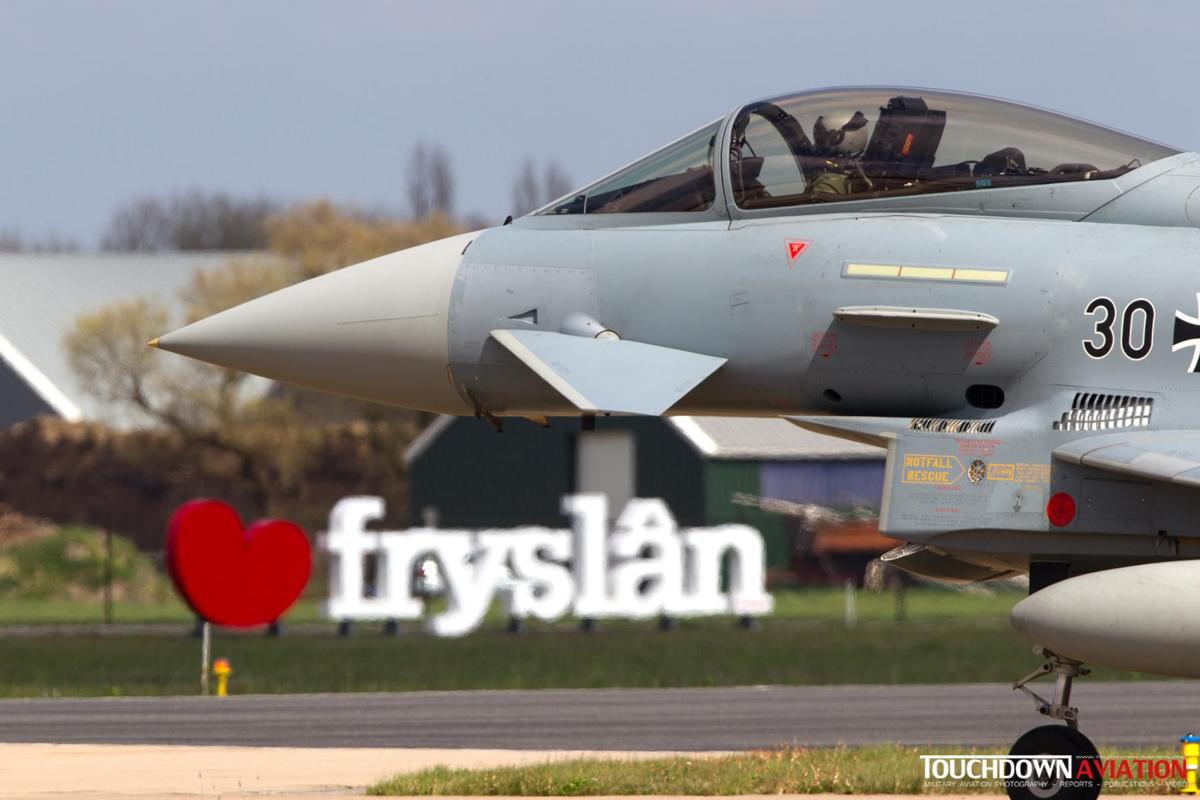 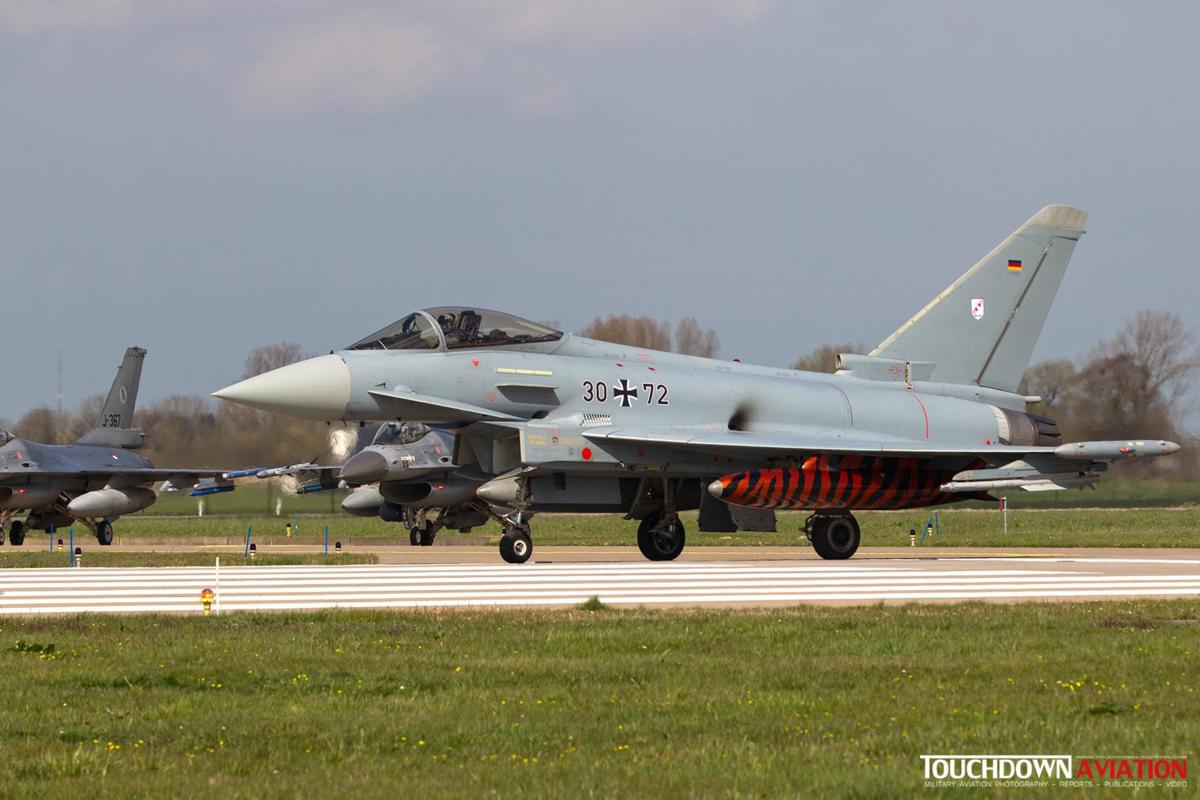 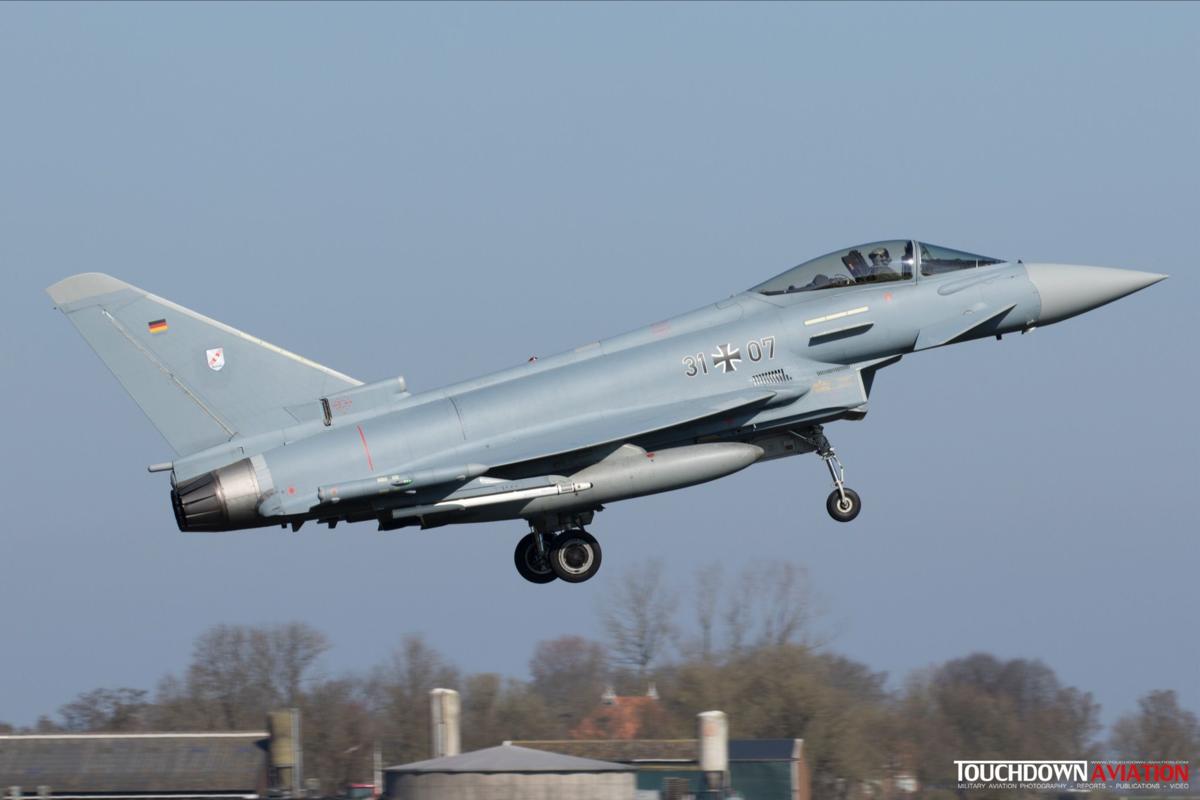 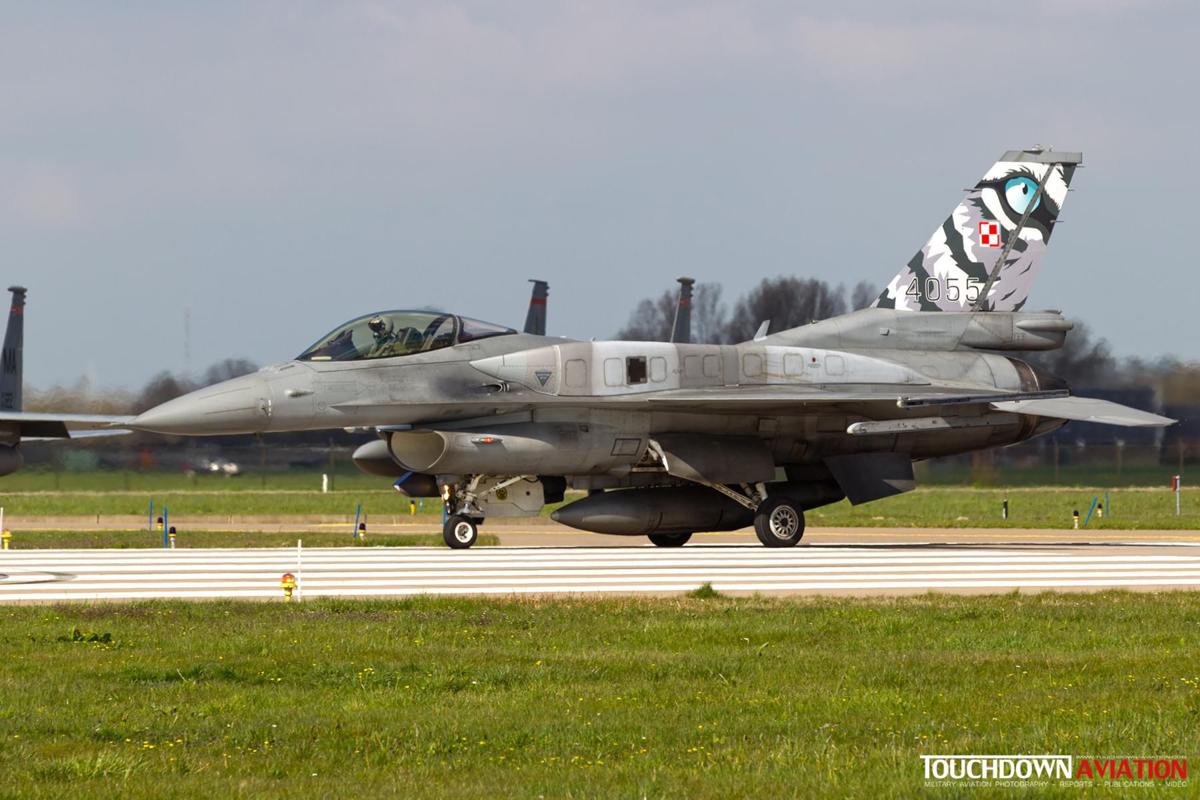 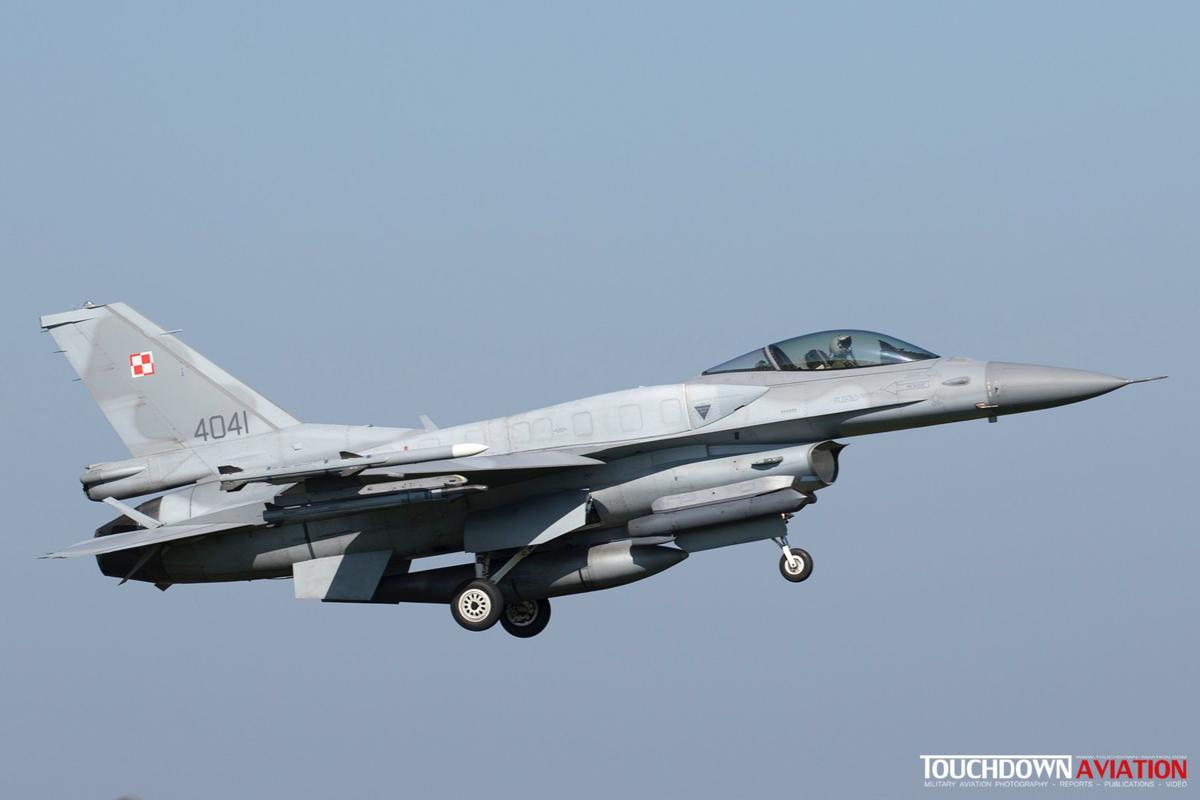 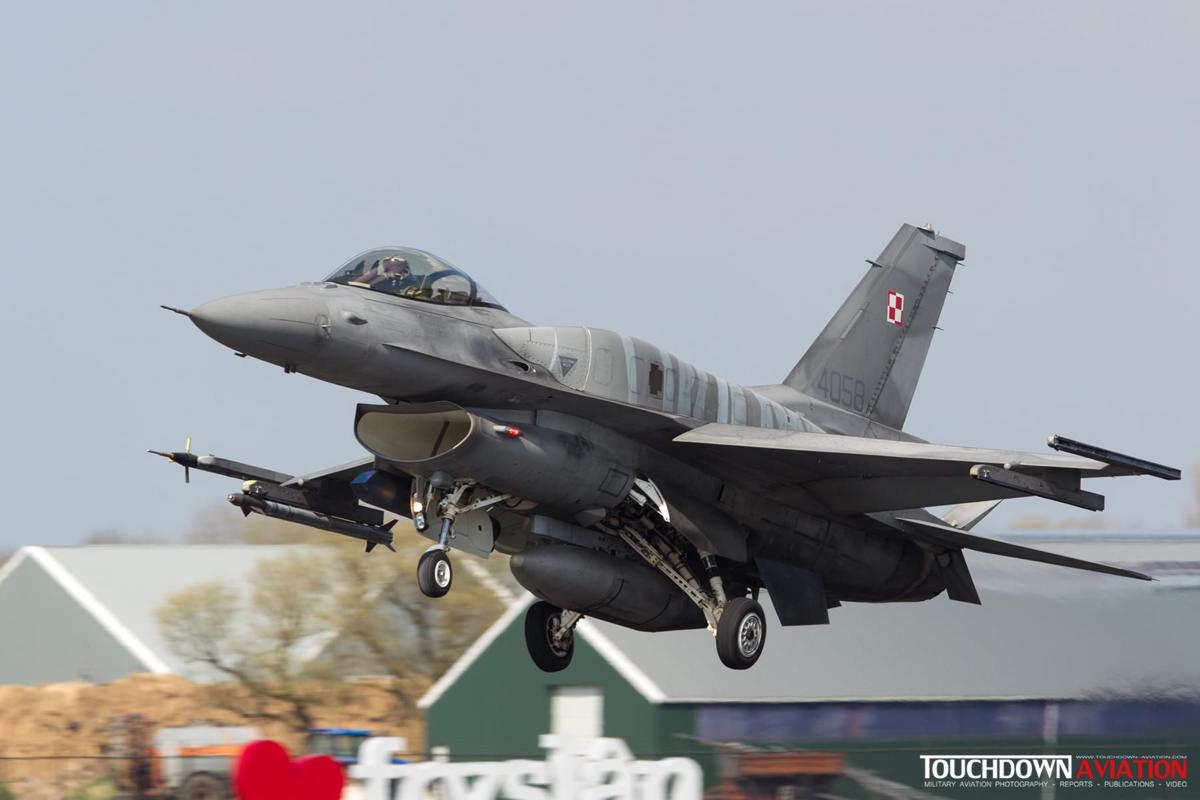 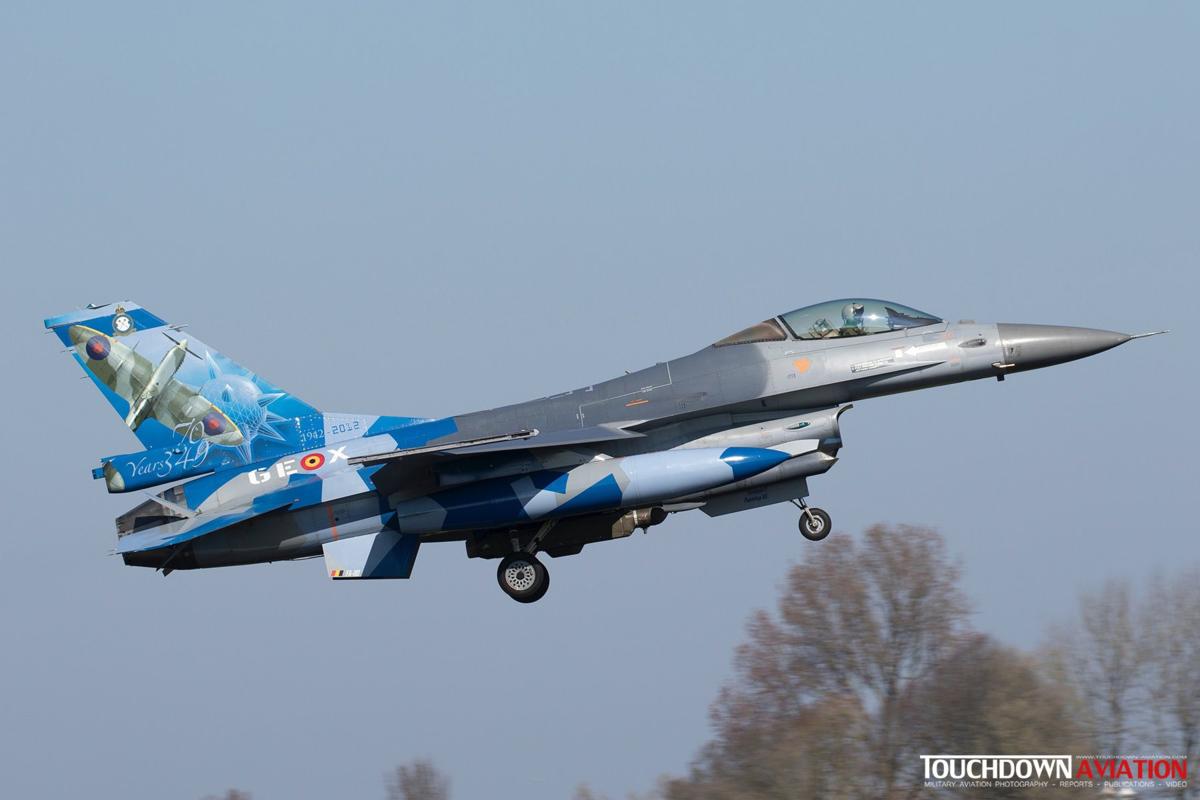 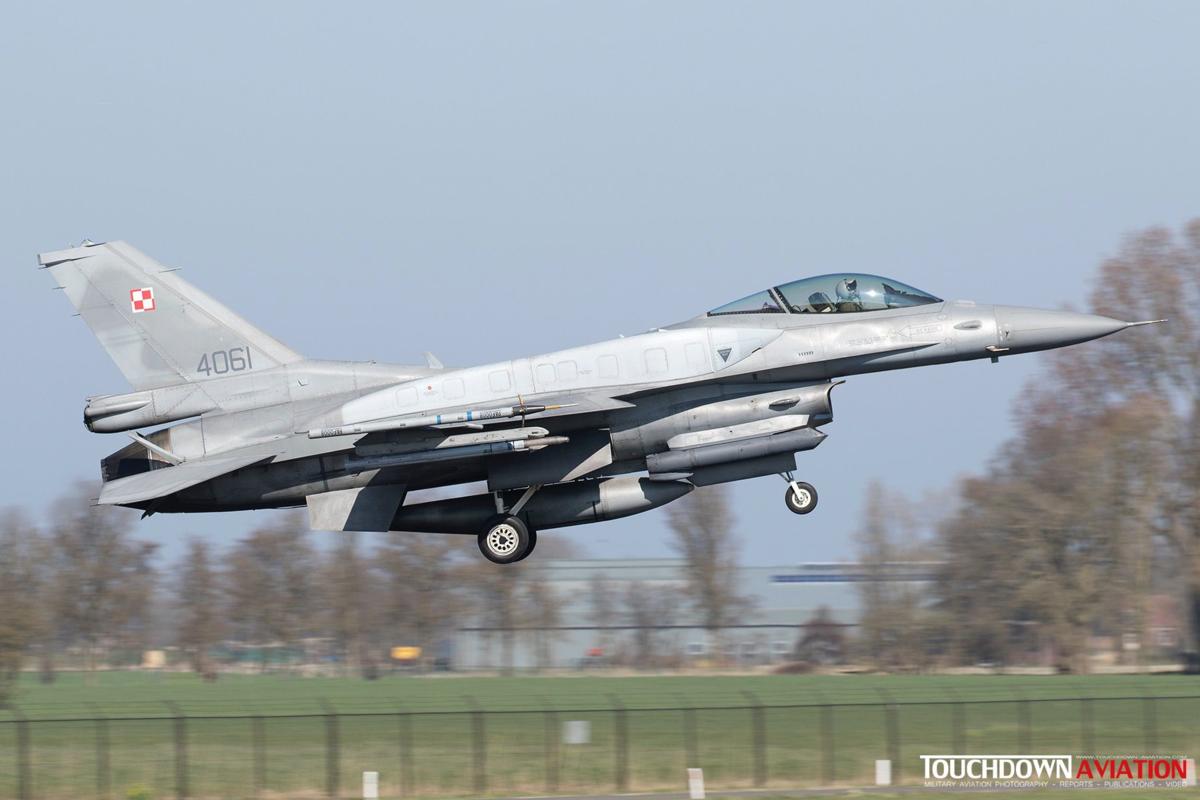 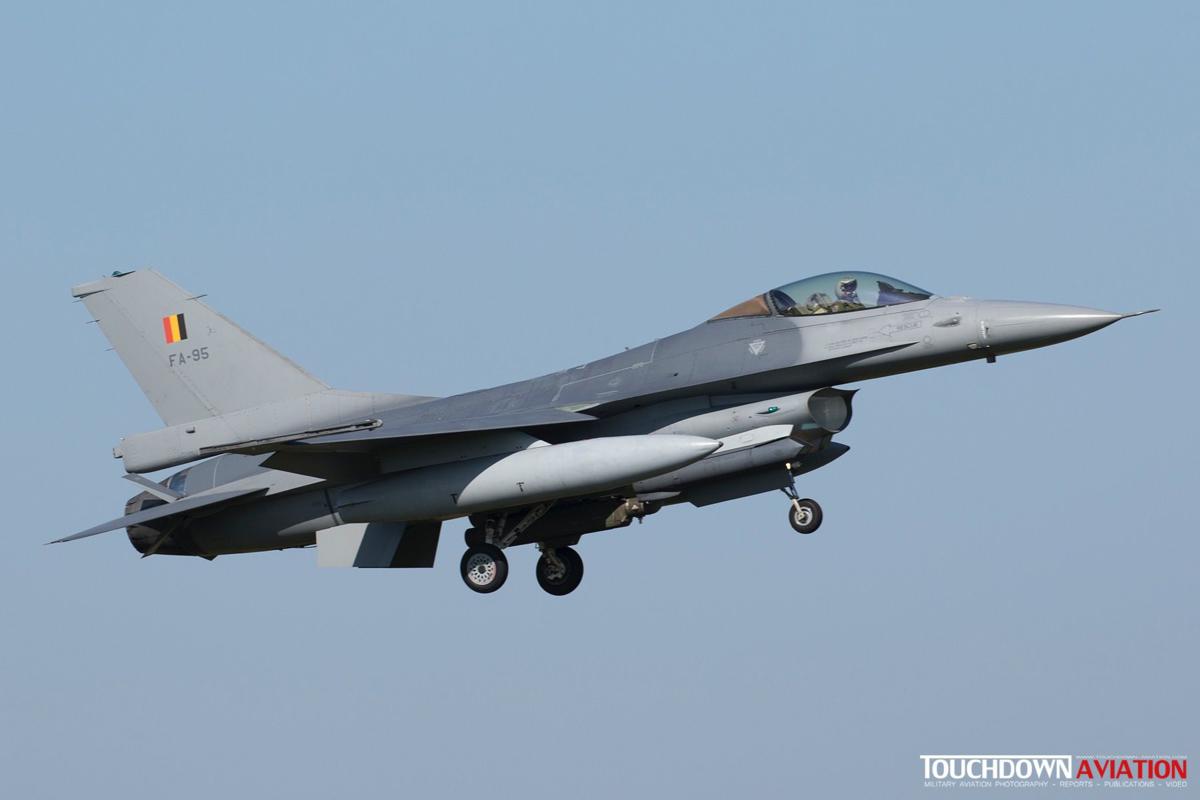 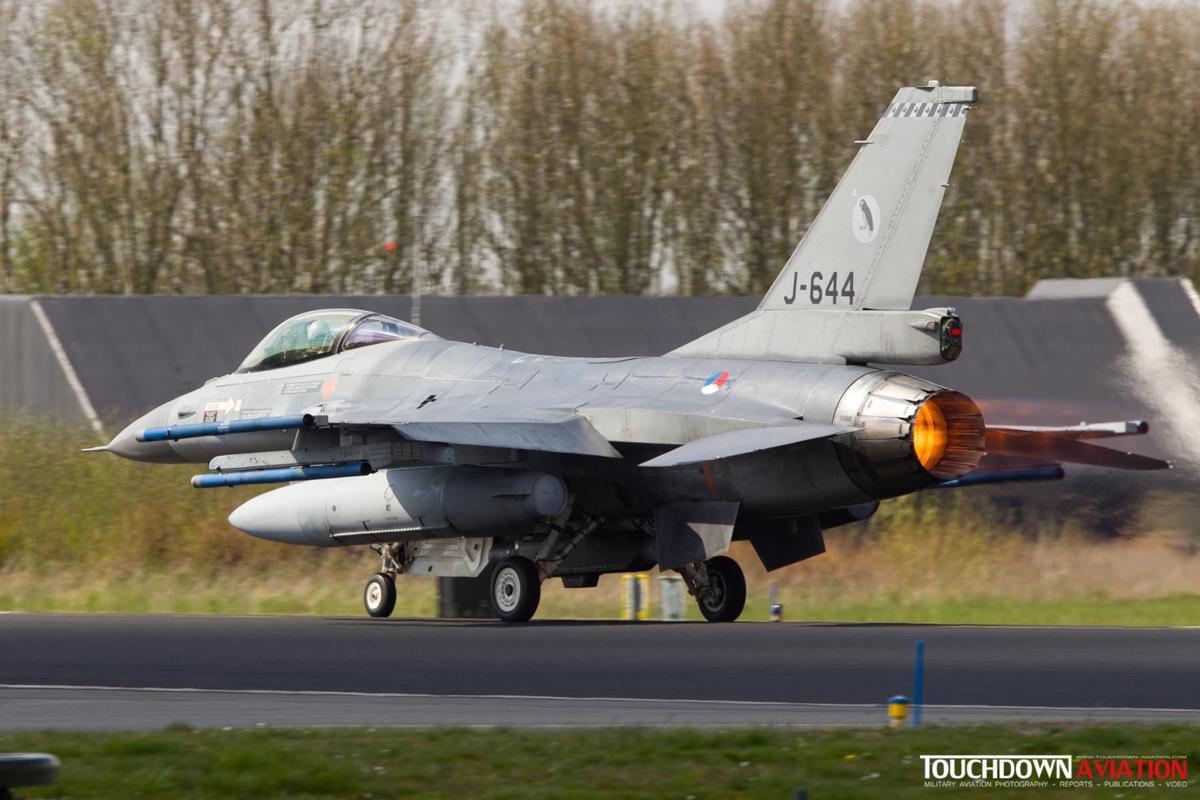 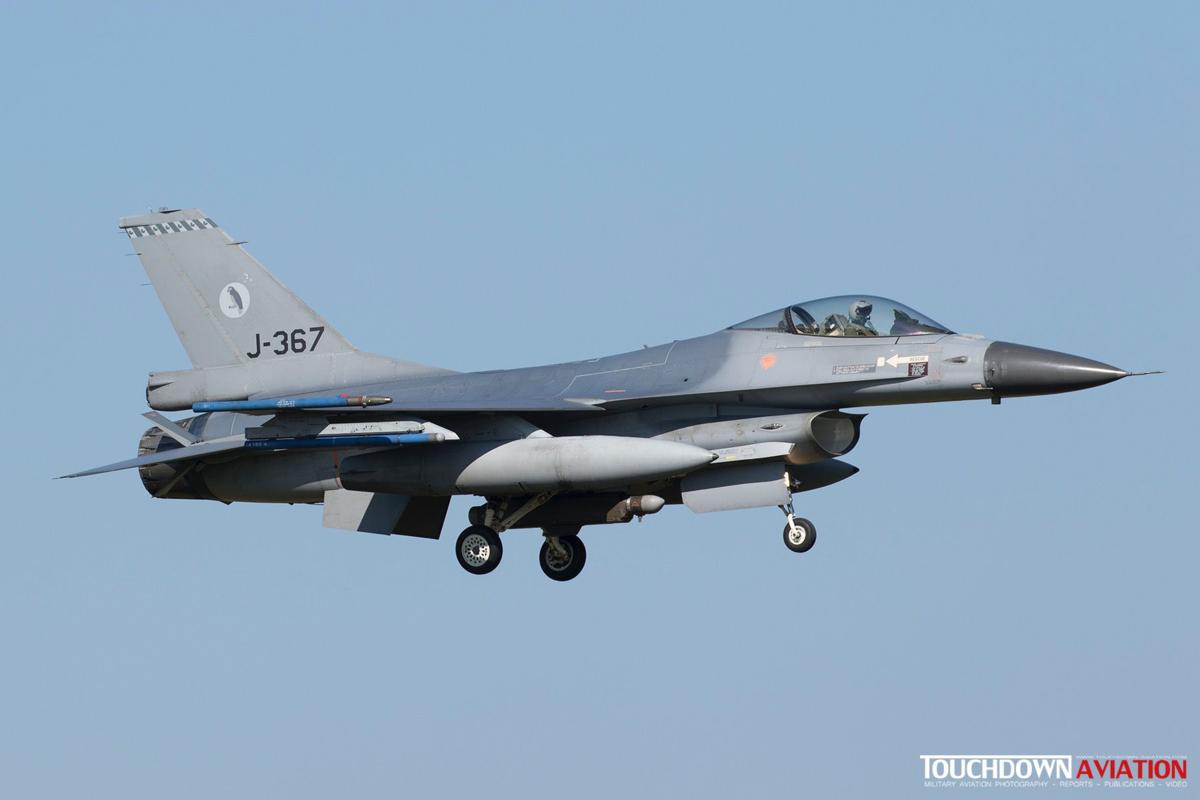 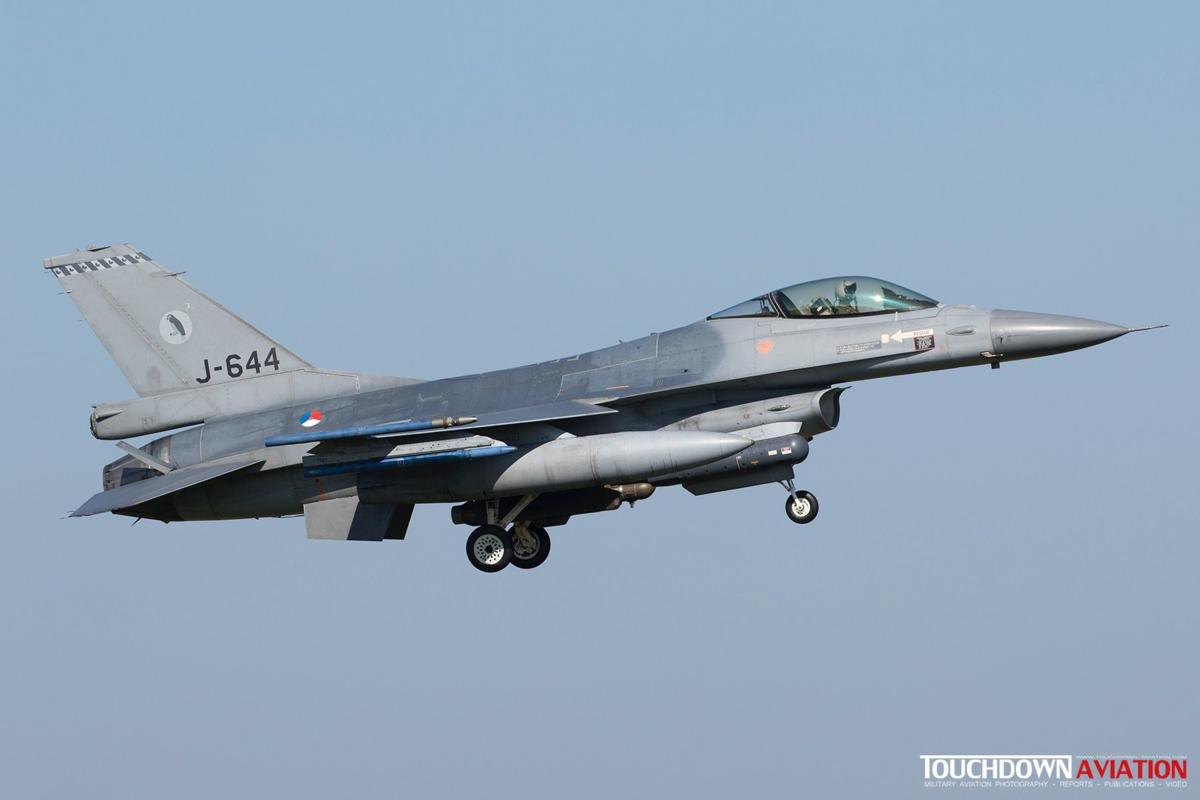 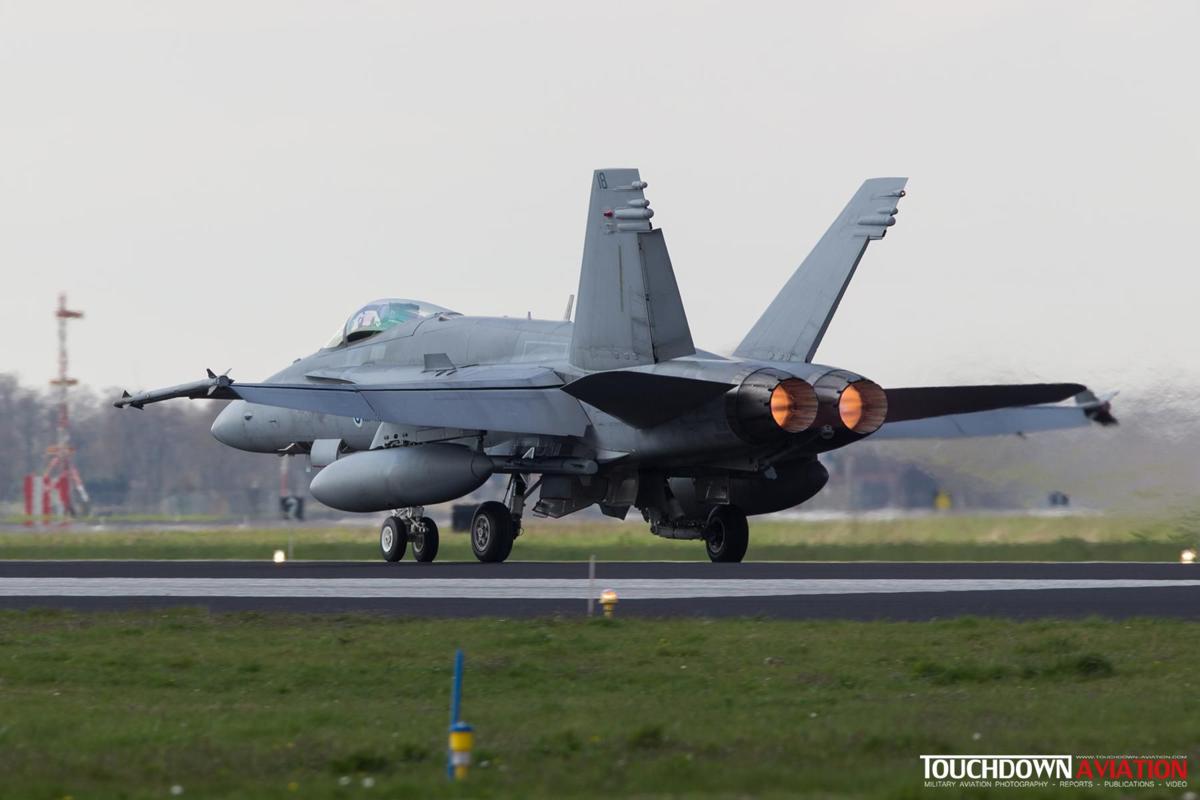 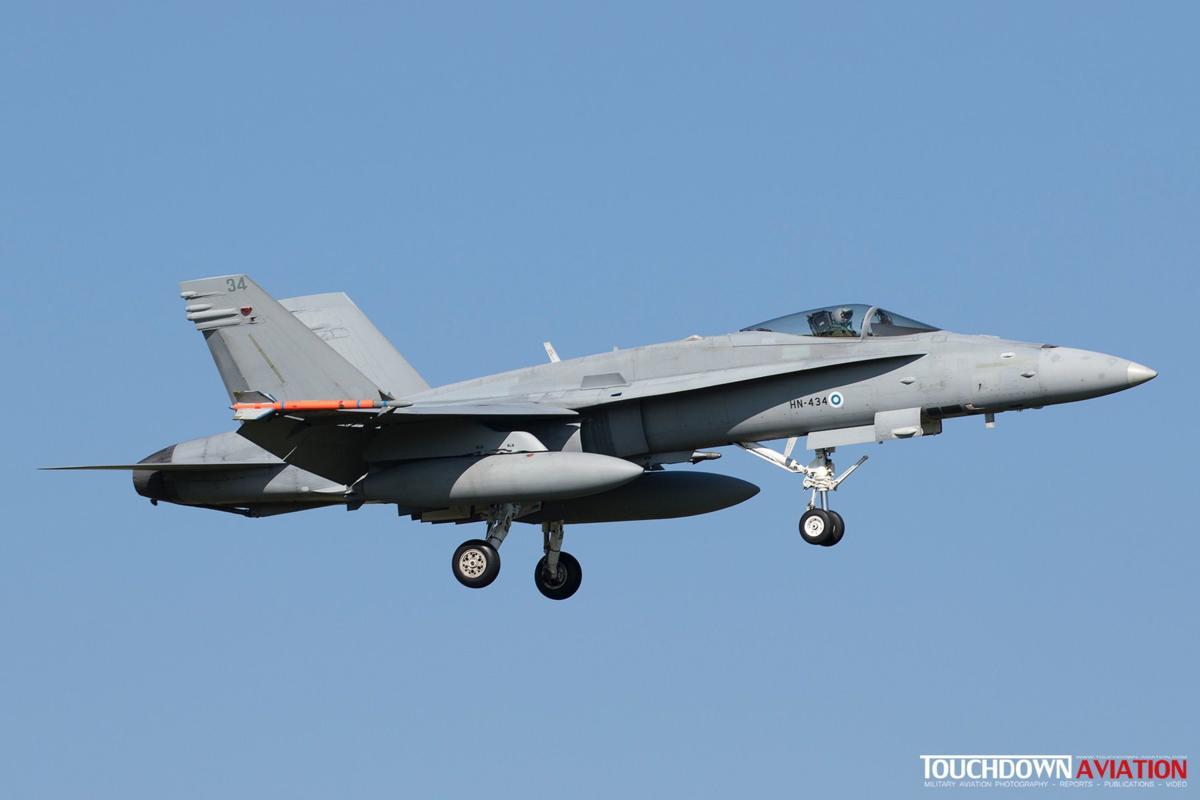 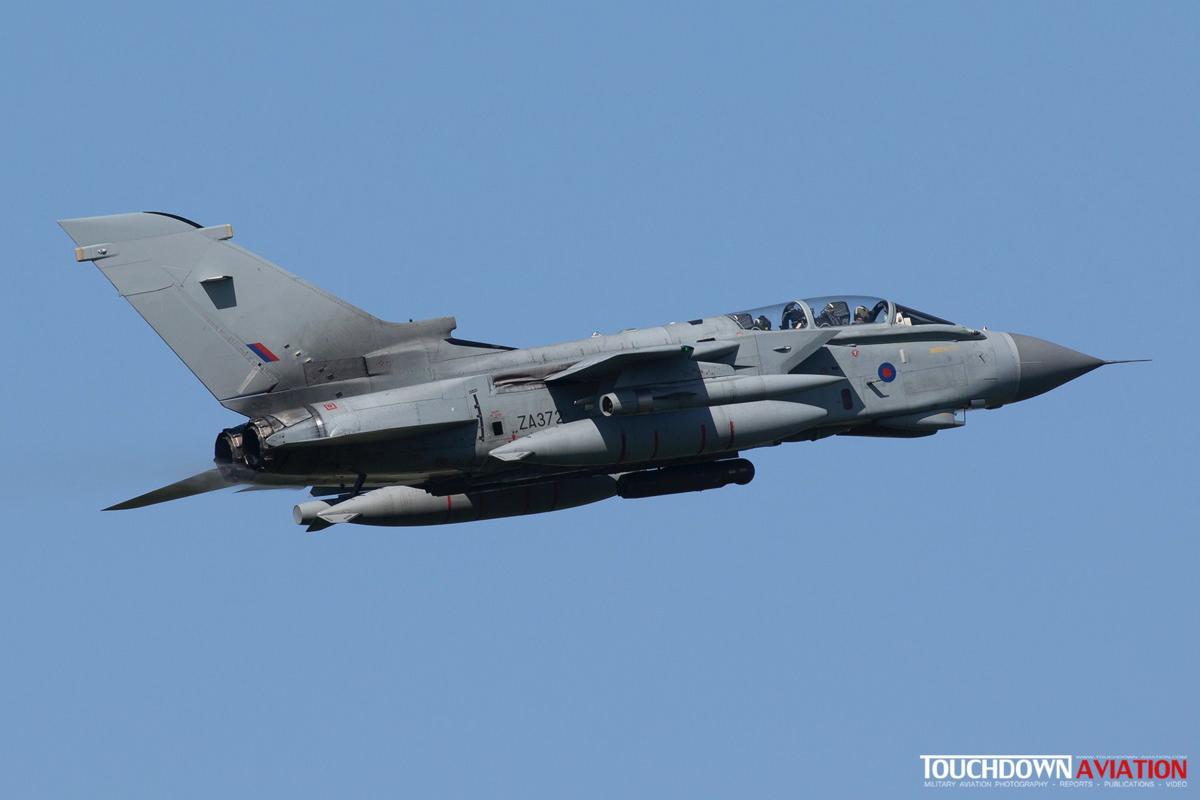 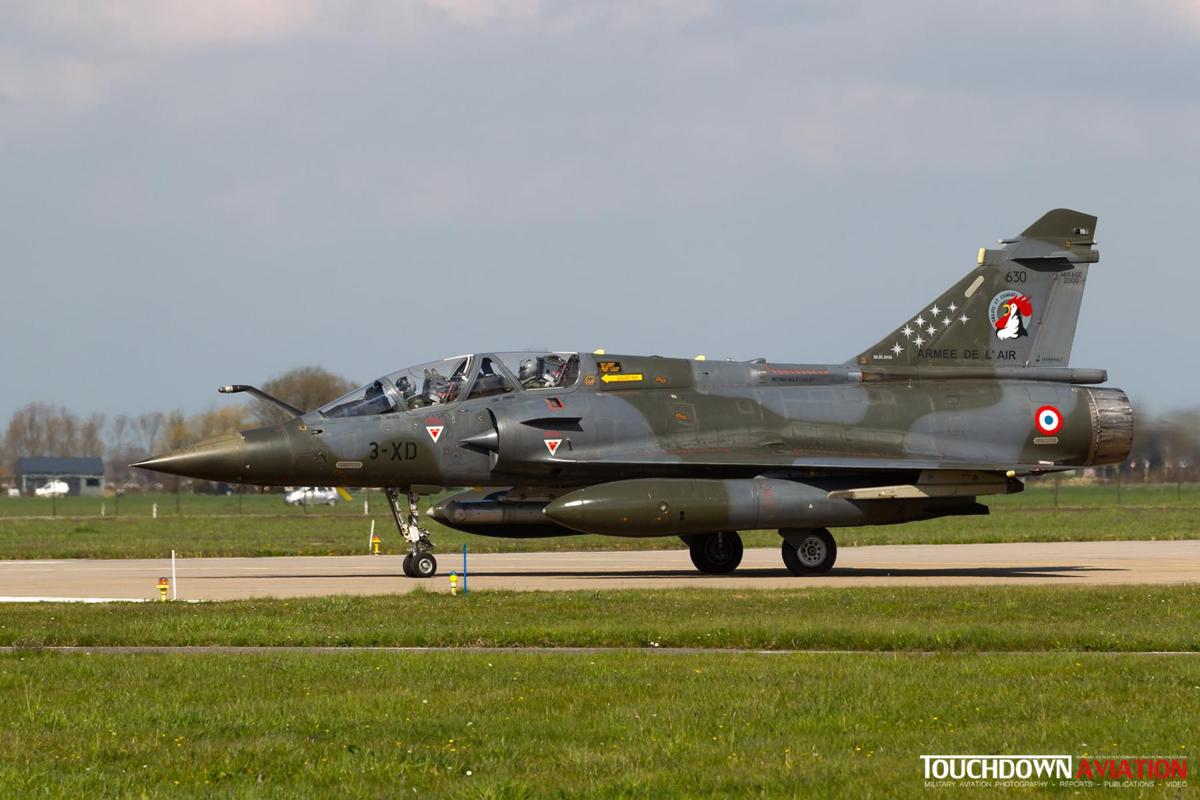 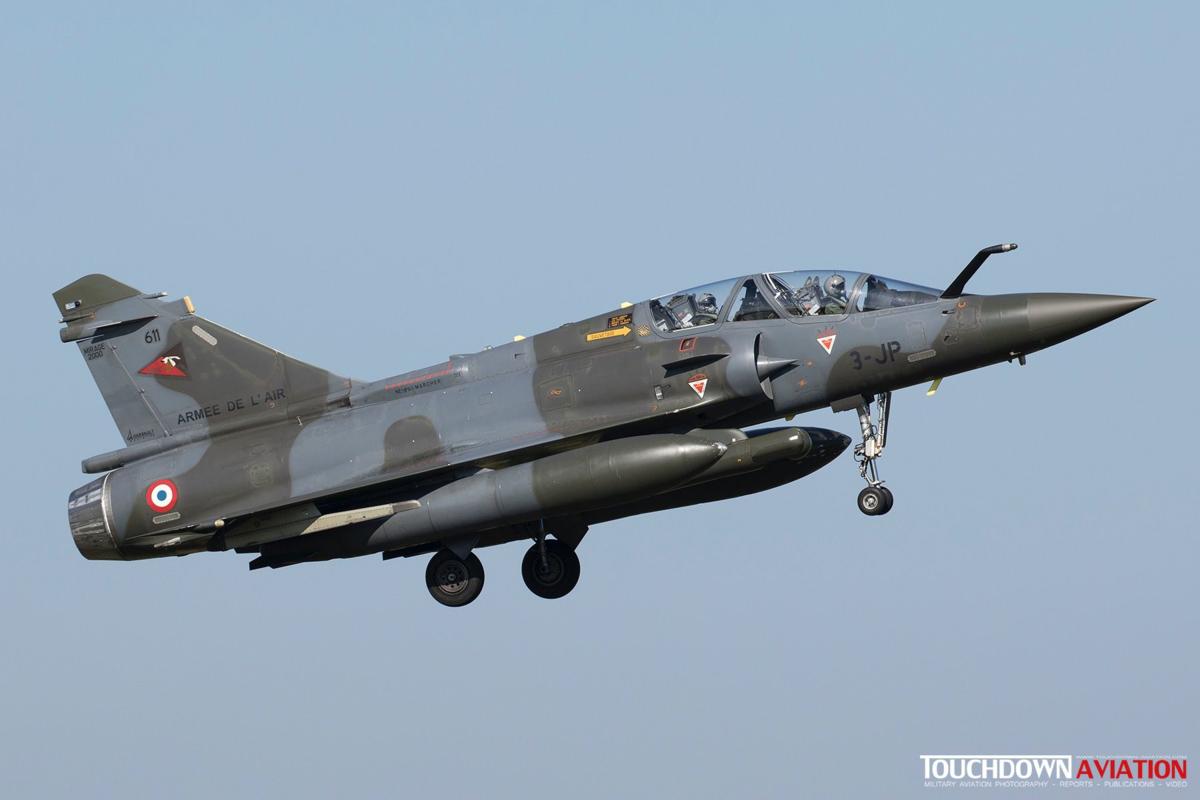 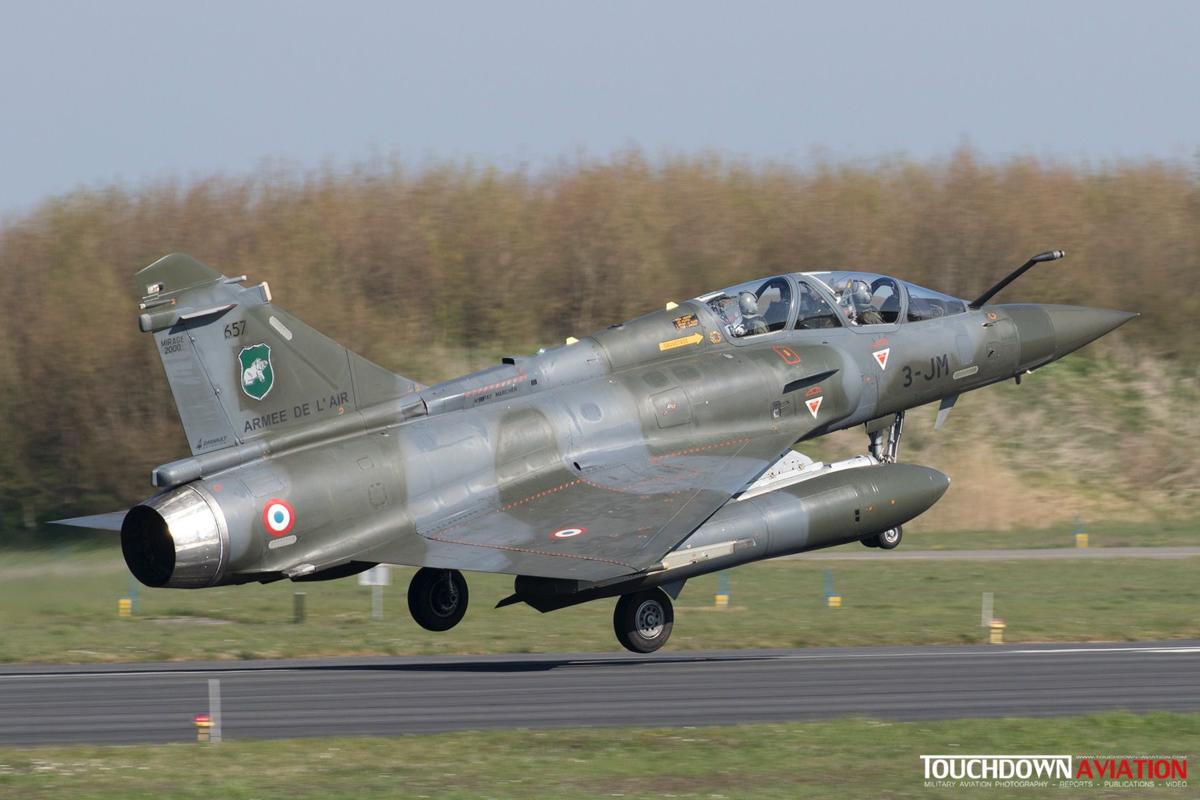