In order to add some inflight footage to our E-3A article, we joined a flight on board Iowa Air National Guard (ANG) KC-135 Stratotanker, out of Geilenkirchen Air Base in the end of March this year. This was possible as the ANG units provide air refueling assets to the NATO E-3A Component on rotational base, with two to three week deployments. Back in January we spoke Col. Mark Pherson (Utah ANG), liaison officer for the ANG at Geilenkirchen to ask him what the role of the ANG is over here.

The Air National Guard has been supporting NATO air refueling operations at NATO Air Base Geilenkirchen, Germany since January 1993. Col. Pherson explains: "What happened was that NATO realized, when they got the AWACS, they needed Arial Refueling Support. They need to have training all the time to make sure that when they actually need the fuel in an operational or war time situation their able to do it because it’s not something that is easy to do; it requires an tremendous amount of skill."

The ANG was contracted by NATO because there was a benefit for the ANG as well and didn't count all costs. Col. Pherson continues: "Contrary to other Nations or private companies, who were competitors in the bidding process, the ANG looked at it and saw this as an training opportunity for us. At the time it was difficult for us to get overseas training missions. This was a chance to get that training."

In order to have a training opportunity for every ANG KC-135 unit each year, the deployment time is limited to two or three weeks per unit per year. According to Col. Phersons it's a little bit different this year: "Currently there are Nineteen ANG units that have KC-135s in the United States and the contract is for forty weeks a year. Therefore some units get three weeks to make it forty weeks in total. This year is anomaly as the Oklahoma Unit will make the transition from KC-135 to C-12 and then we have the Mississippi Unit that will start to fly the KC-135. So this year we will have twenty units."

According to Col. Pherson it isn't any problem to find volunteers for these deployments, despite the fact that 66 percent of the crew is part-time (normal employment is about five days a month) and they're now away from home for two weeks. He says: "Geilenkirchen is a very desirable place, guys want to come here. They like it because there's a lot of (World War II) history here and a lot of things to go see and do (...). They usually have more volunteers than they have spots for. Other locations for deployments around the world aren't like that."

As said, the ANG saw these deployments as a valuable training opportunity. Col. Pherson emphasizes this already begins with the procedures trained during the Atlantic crossing from Continental USA (CONUS) to Europe. But then flying in the European Air Space is an experience on itself, he explains: "It's a very, very congested airspace and because of the different languages as you transition from one Country to the next and the accents are very thick it's good training over here." The same applies to the boom operators, Col. Pherson continues: "It's good to work with the international aircrews (of the AWACS red...) because, once again, the accents can be very strong and difficult to understand."

On board Esso75, we could experience the advantages for the crew our self, listening to the conversations in our headsets. Receiver was NATO02, LX-N90450, the same airframe as Remco previous flew in. Several hook ups (some wet and some dry) were executed with a crew change in between.For more information on how procedures work for air-air refueling, please visit our 2013 report and read all about the KC-135's refueling system. 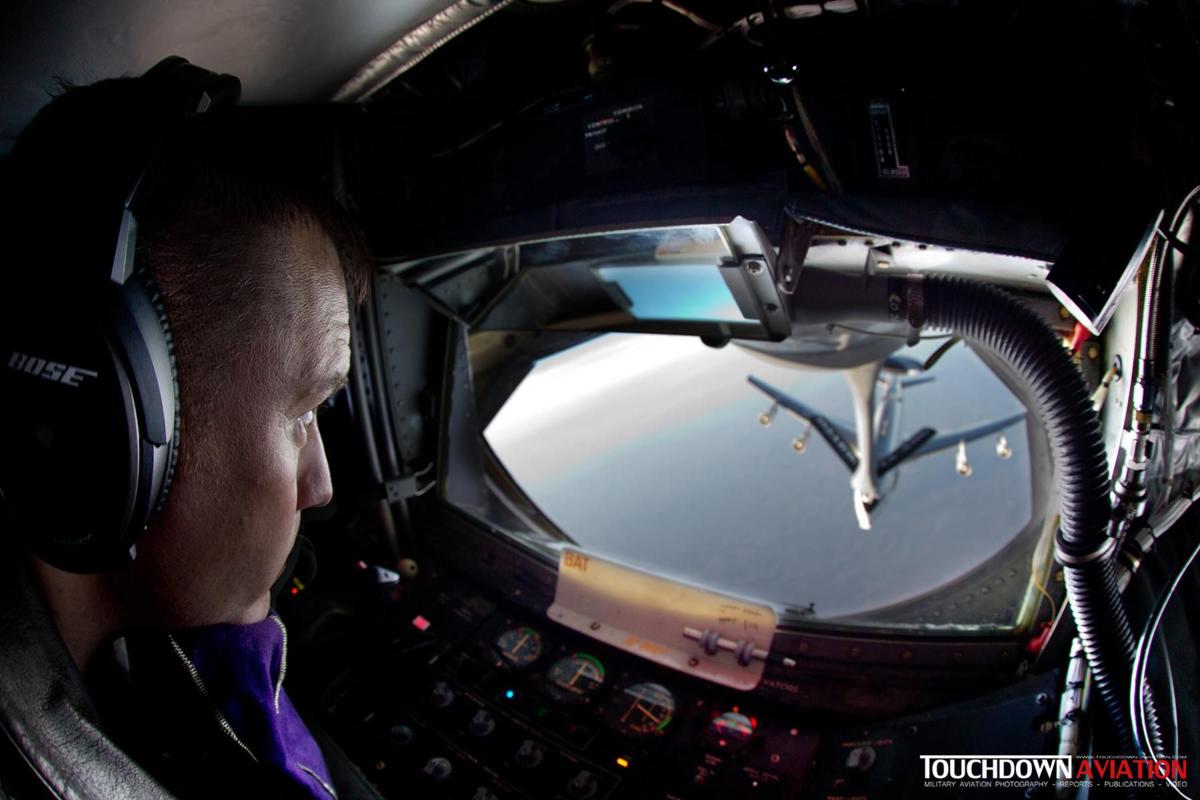 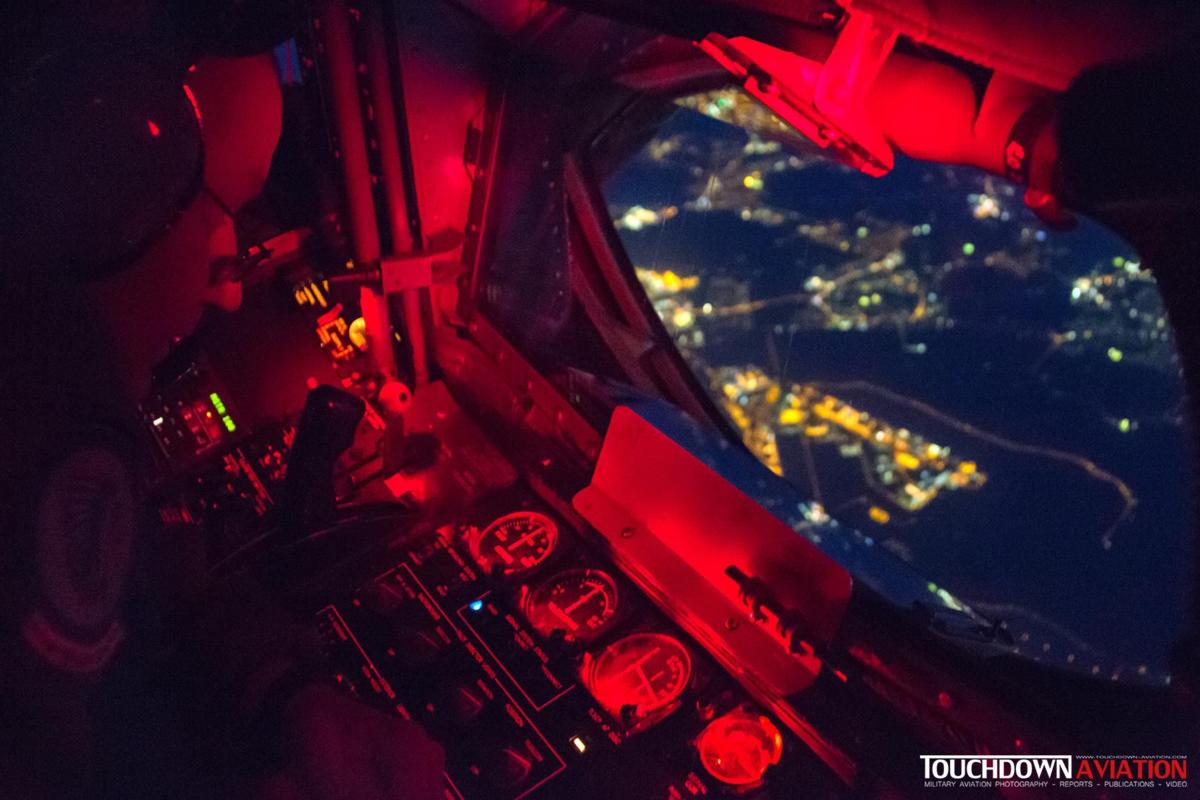 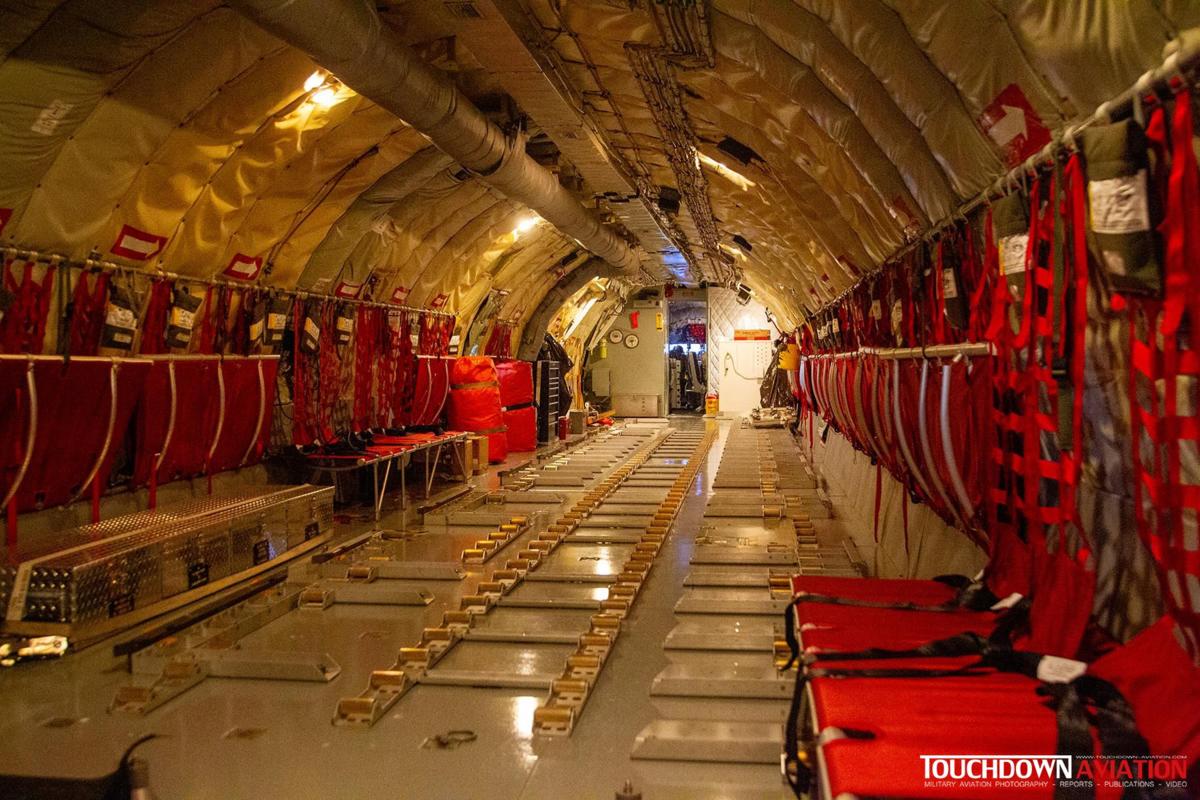