The last of the Mohicans

The Heeresfliegerwaffenschule (HFWS) is Germany’s main unit for training the current and future helicopter crew in the German Army (Heeresflieger) and other German armed forces. The training is conducted at two bases; Bückeburg (HQ) and Celle (HFWS-C). HFWS also uses some satellite airfields for training purposes during the courses.

The training schedule is divided between two bases, Bückeburg hosts the main courses conducted on the EC135 light helicopter (navigation, basic flying modules) and the NH90 (advanced courses). Also some foreign aircrew are trained here on the NH90.

At Fliegerhorst Celle, which opened up in 1934 as a HEER airfield, the HFWS unit Ausbildungscentrum C is the main and in fact only remaining unit to conduct courses on the Light Utility Helicopter Bö-105. Germany acquired a total of 312 of these helicopters, divided into two versions:

The Bö-105 first flew in 1967, and was delivered to the German armed forces from 1984 onwards. Nowadays about 60 aircraft remain on strength within the German Army almost all based at Celle and only a few at the German/French Army Aviation Training Centre TIGER (École Franco-Allemande) at Le Luc, France for support to the Tiger training mission.

The last flock of Bö-105’s at Celle consist of both versions of the helicopter. Whilst the Bö-105M version is the Light Utility “basic” helicopter, the Bö-105P is more sophisticated. It has a roof-mounted direct-view, daylight-only sight to allow firing of Euromissile HOT ATGMs. (Haut subsonique Optlquement teleguide tire d'un Tube) anti-tank guided missile (ATGM). Options exist to fit a thermal imaging system for night operations, and a laser designator. Available avionics include weather radar, Doppler and GPS navigation, and an autopilot. It is capable of operation in day, night, and instrument meteorological conditions. 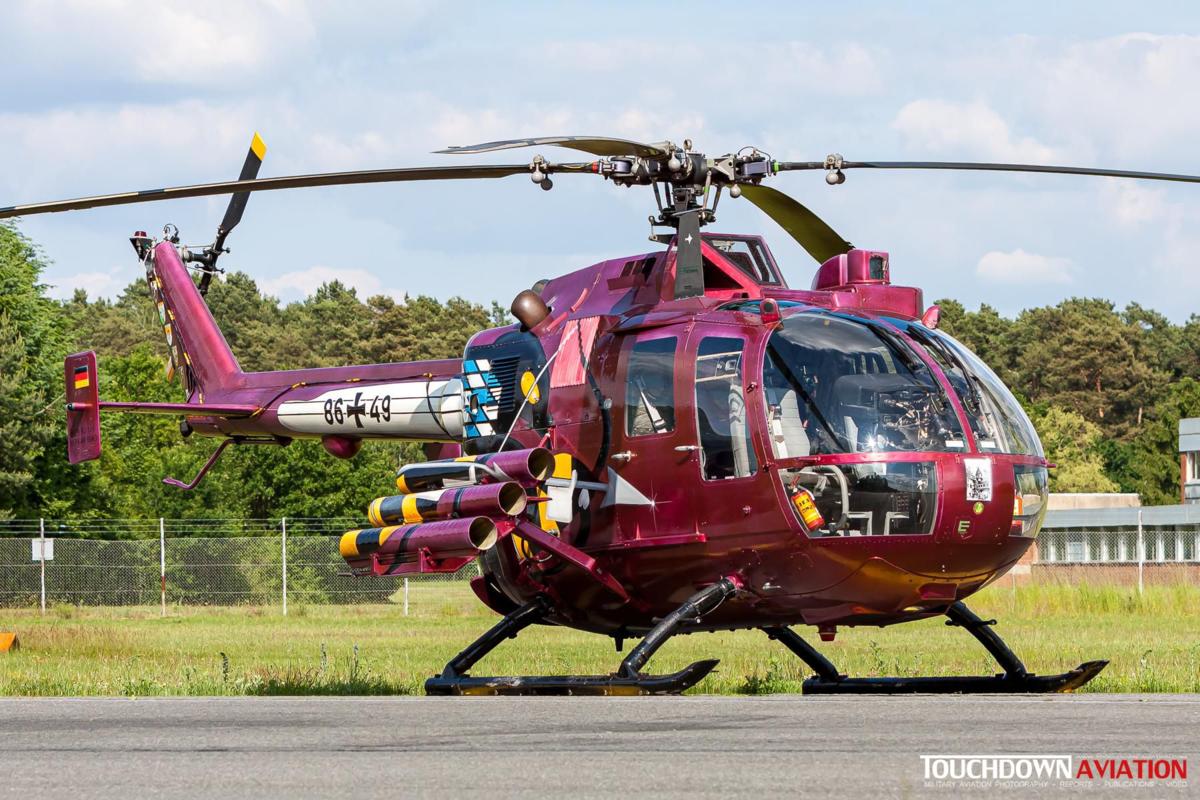 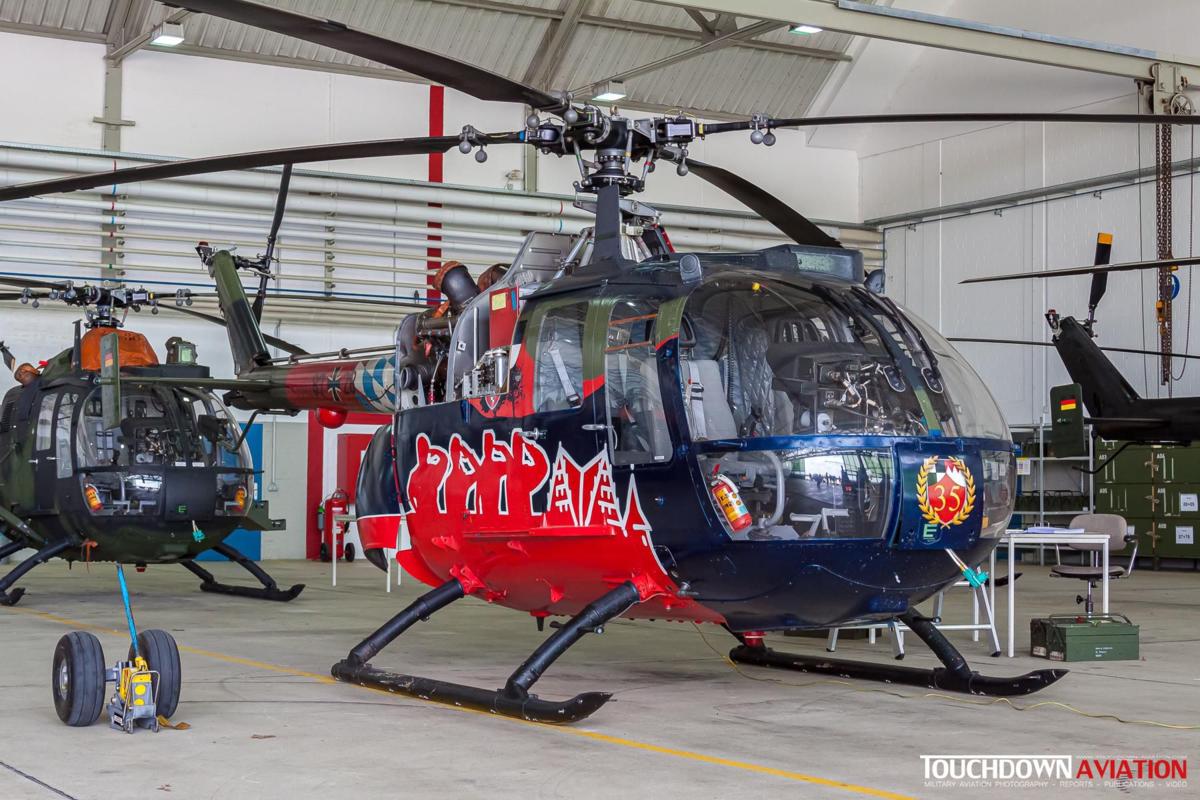 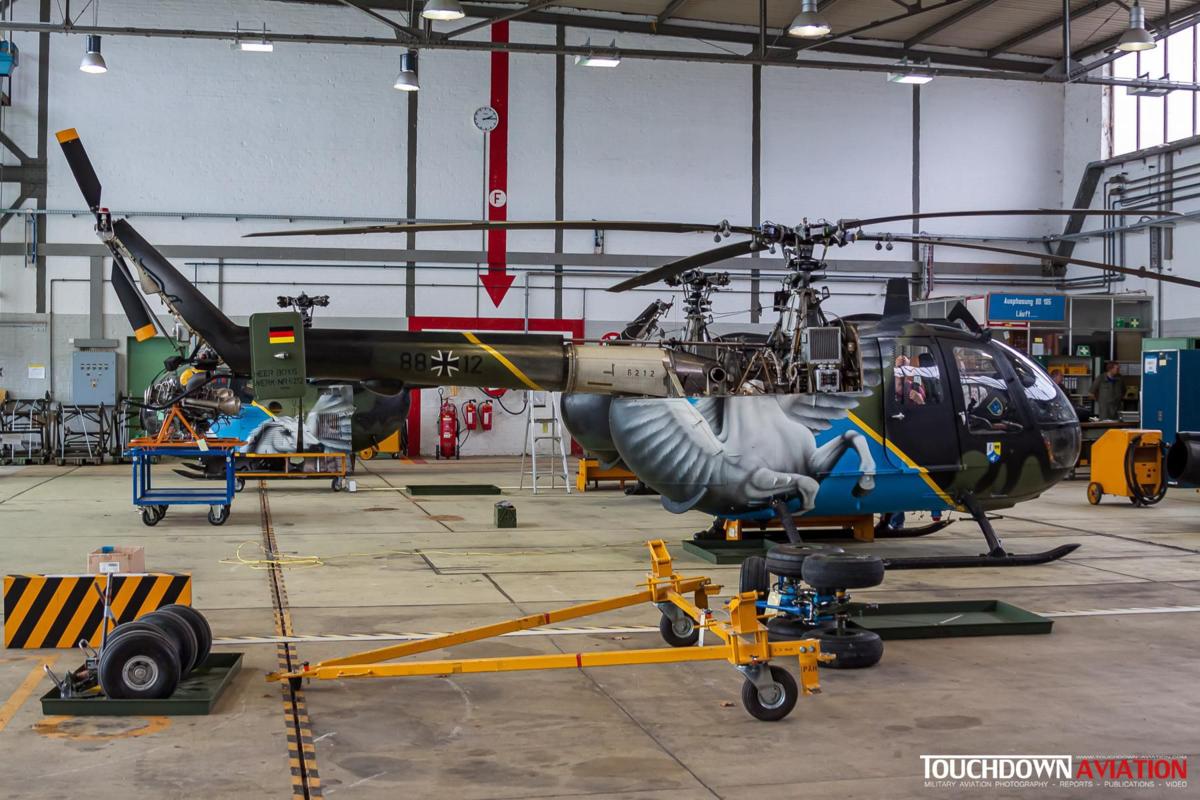 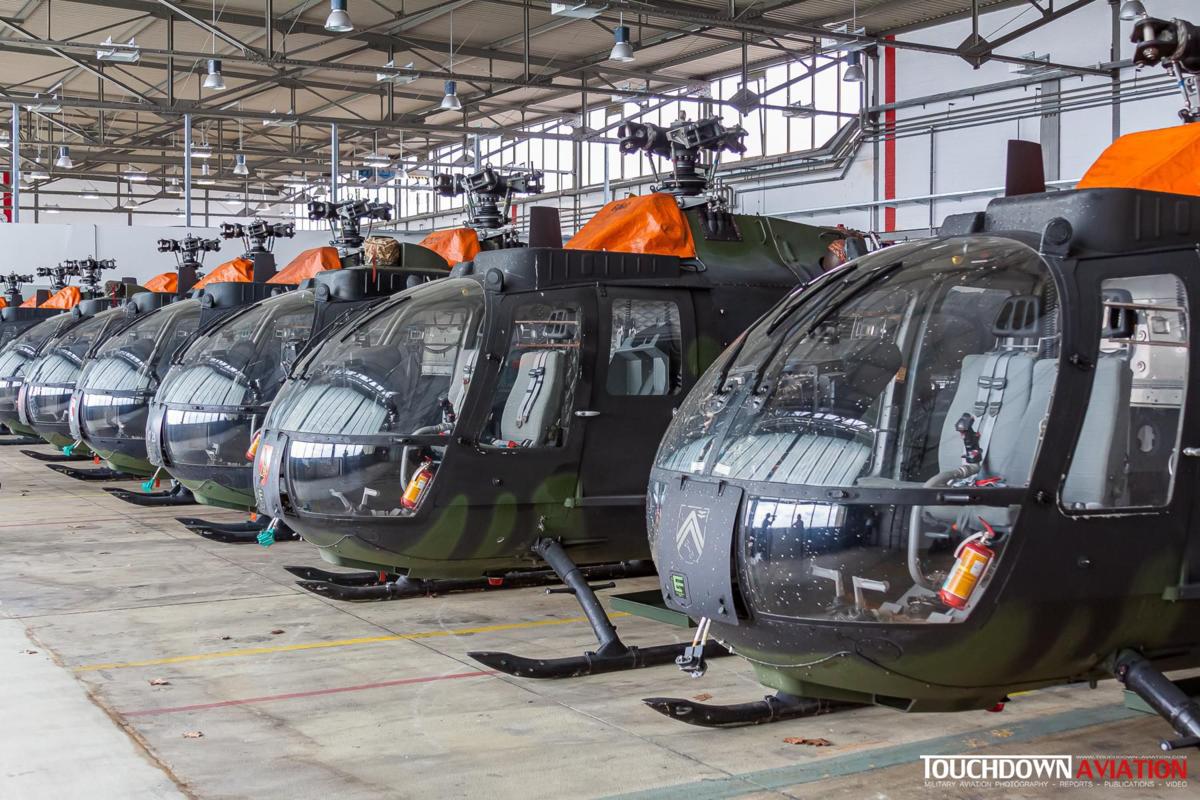 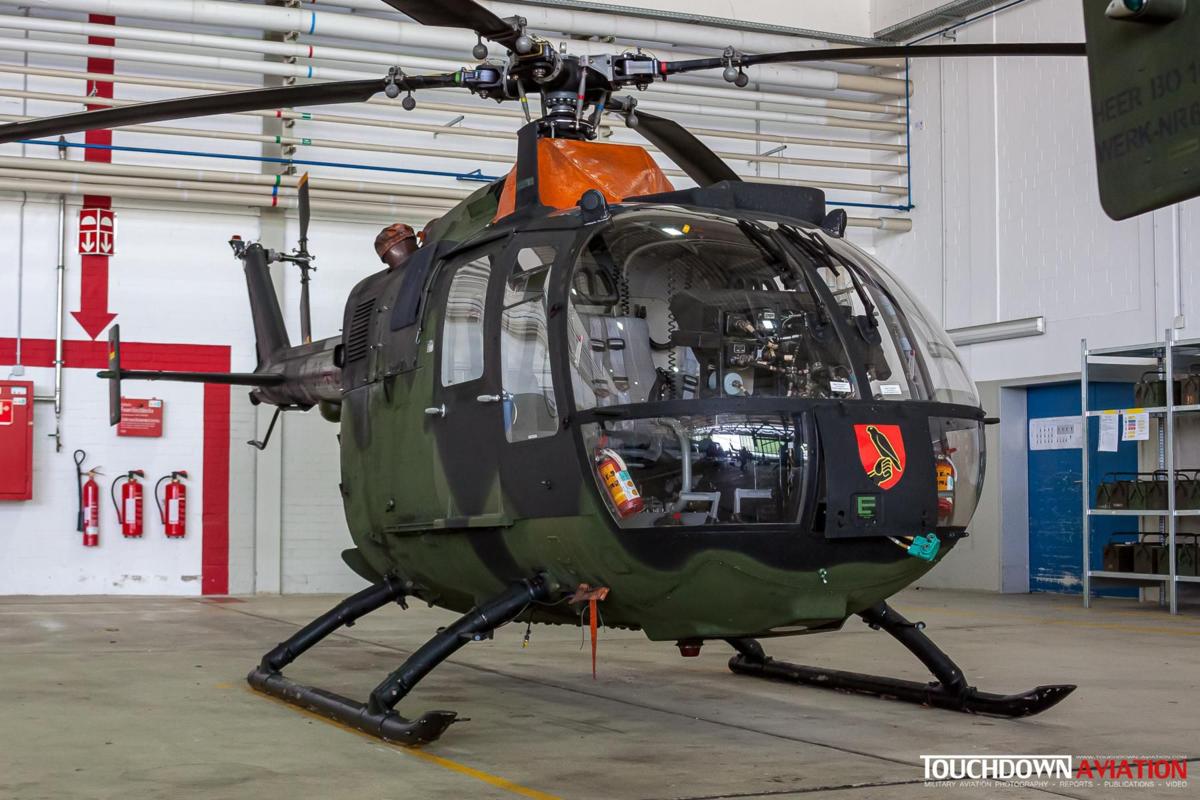 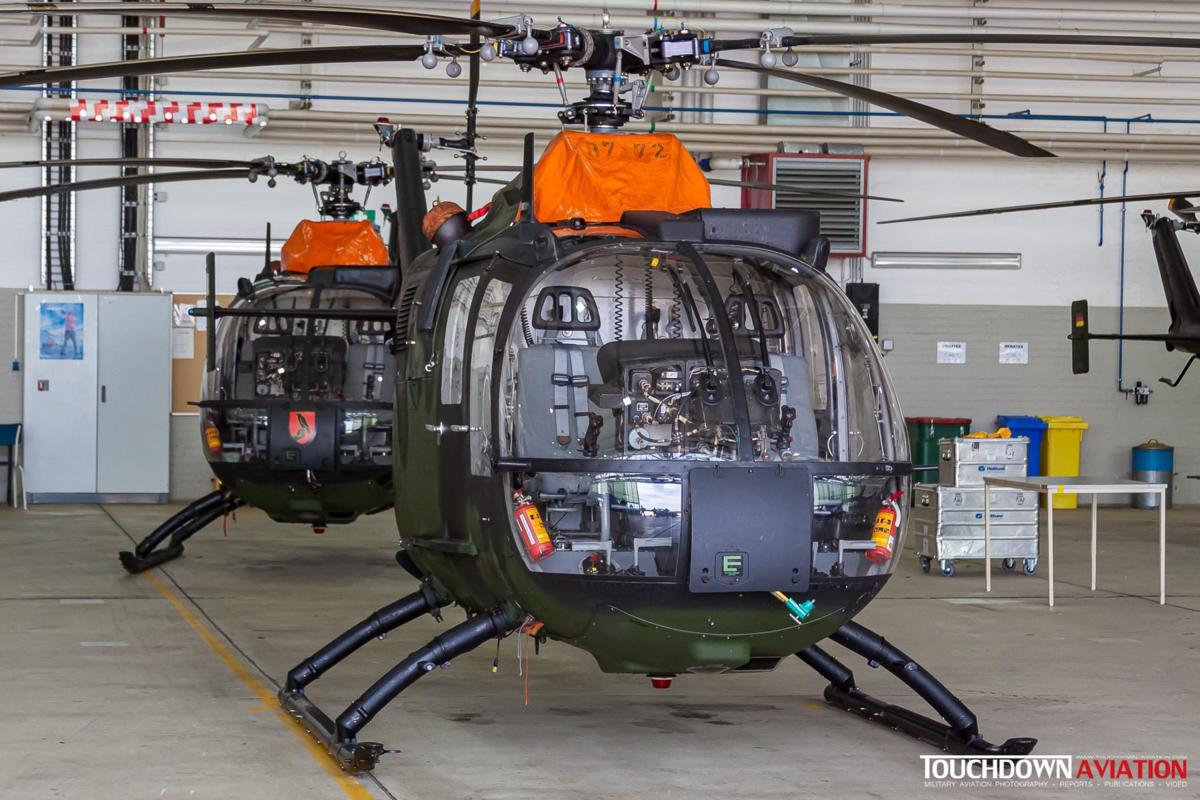 The main tasks for the HFWS-C are;

The Bolkow 105 will be phased out within the German Army within a few years. Definite decisions have not been made, but the personnel at Celle is expecting a withdrawal of service at short notice.

Touchdown Aviation would like to thank the PAO and Gilze Rijen Aviation Society for the excellent visit to Fliegerhorst Celle to view some of the daily operations of the HFWS-C! Although for a sad reason, we hope to be back again next time during the Official Fly Out of the Bolkow 105 in due course. 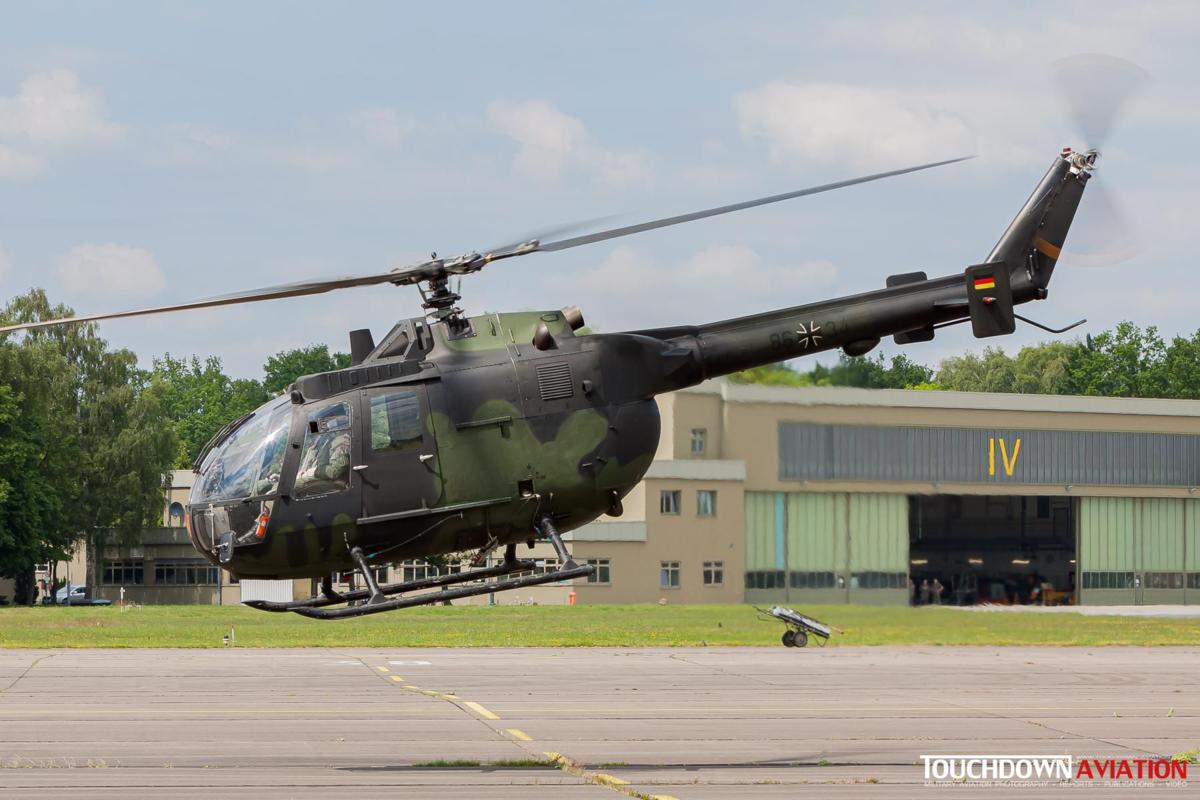 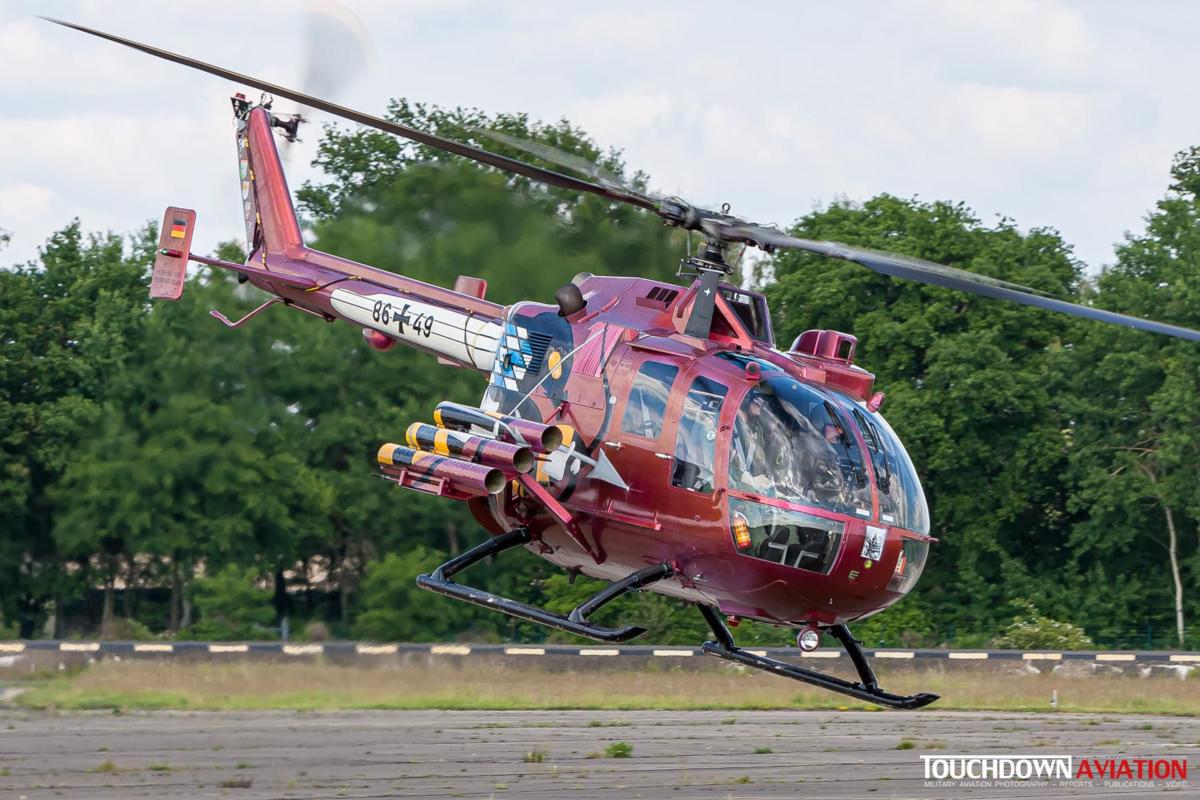 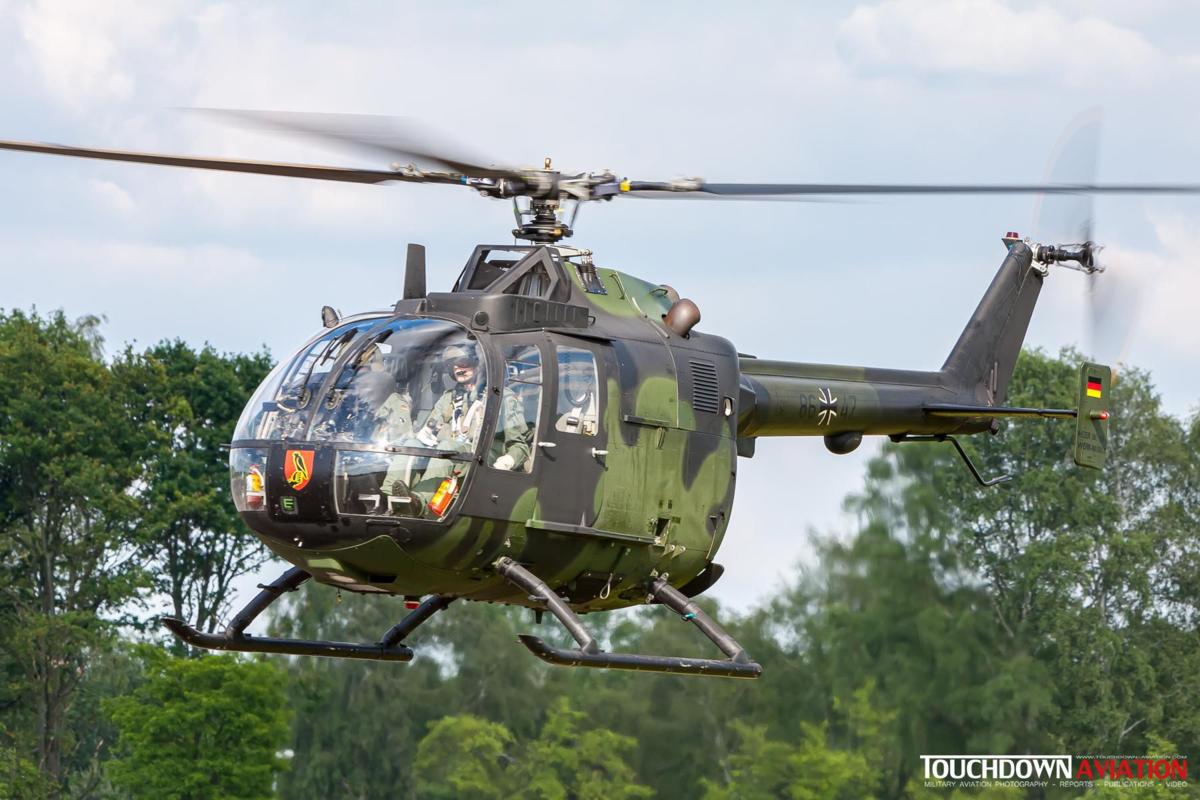 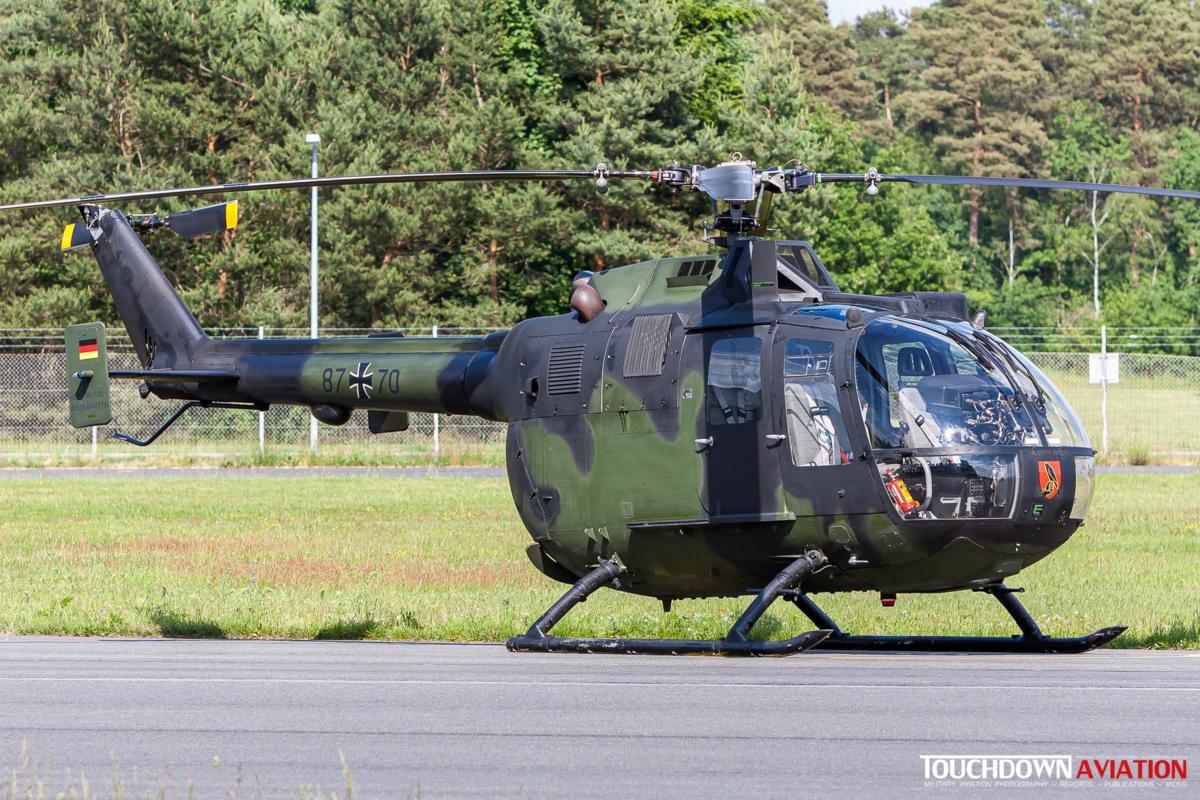 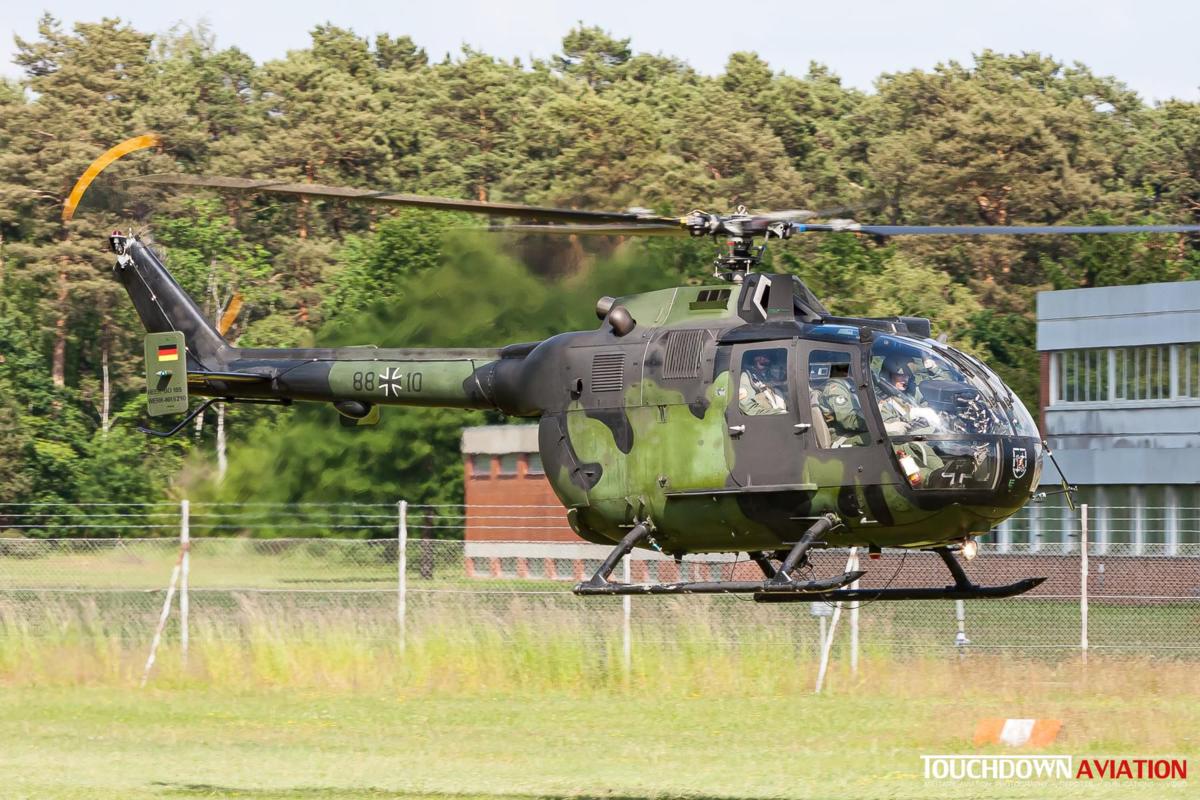 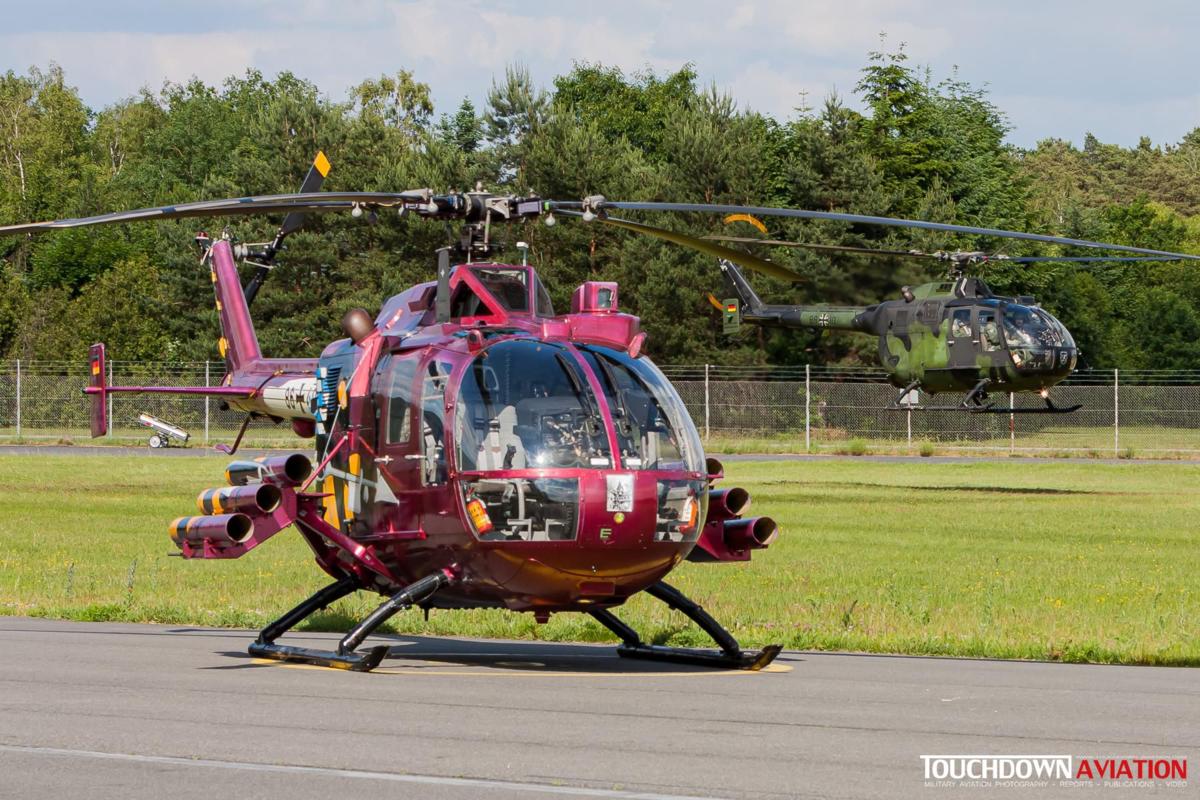 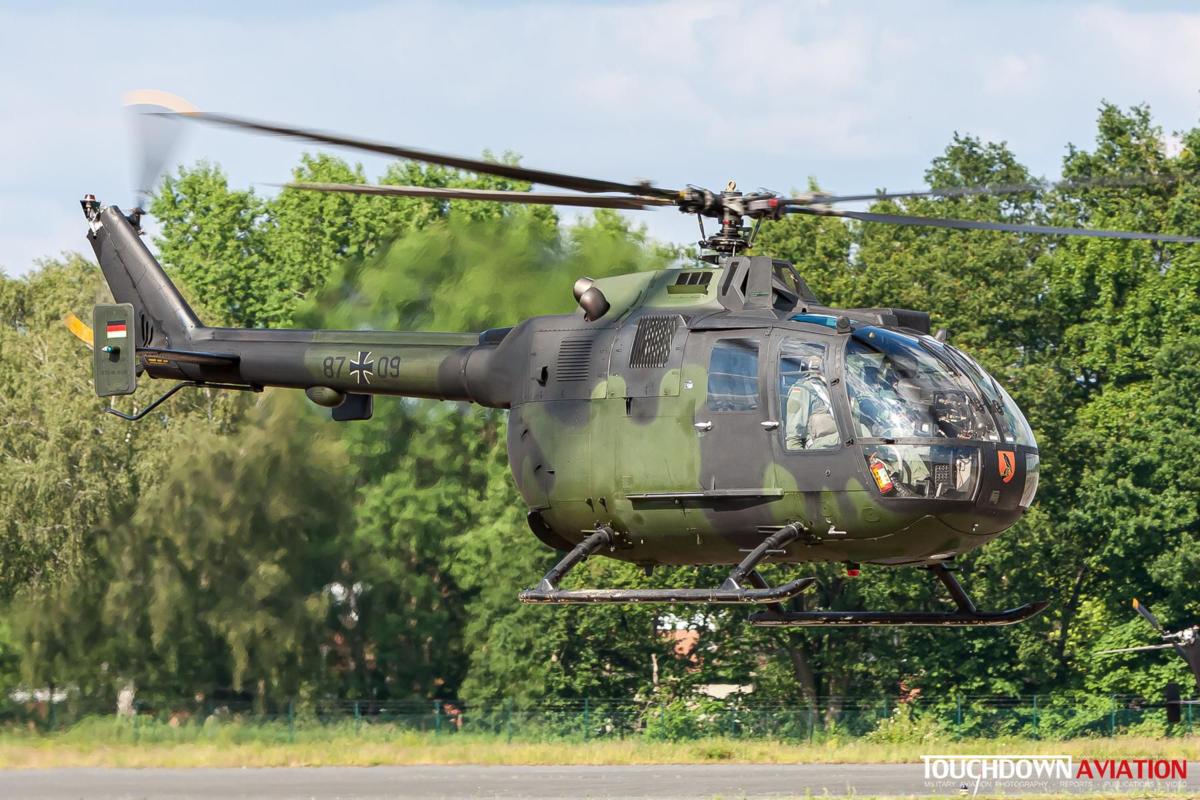 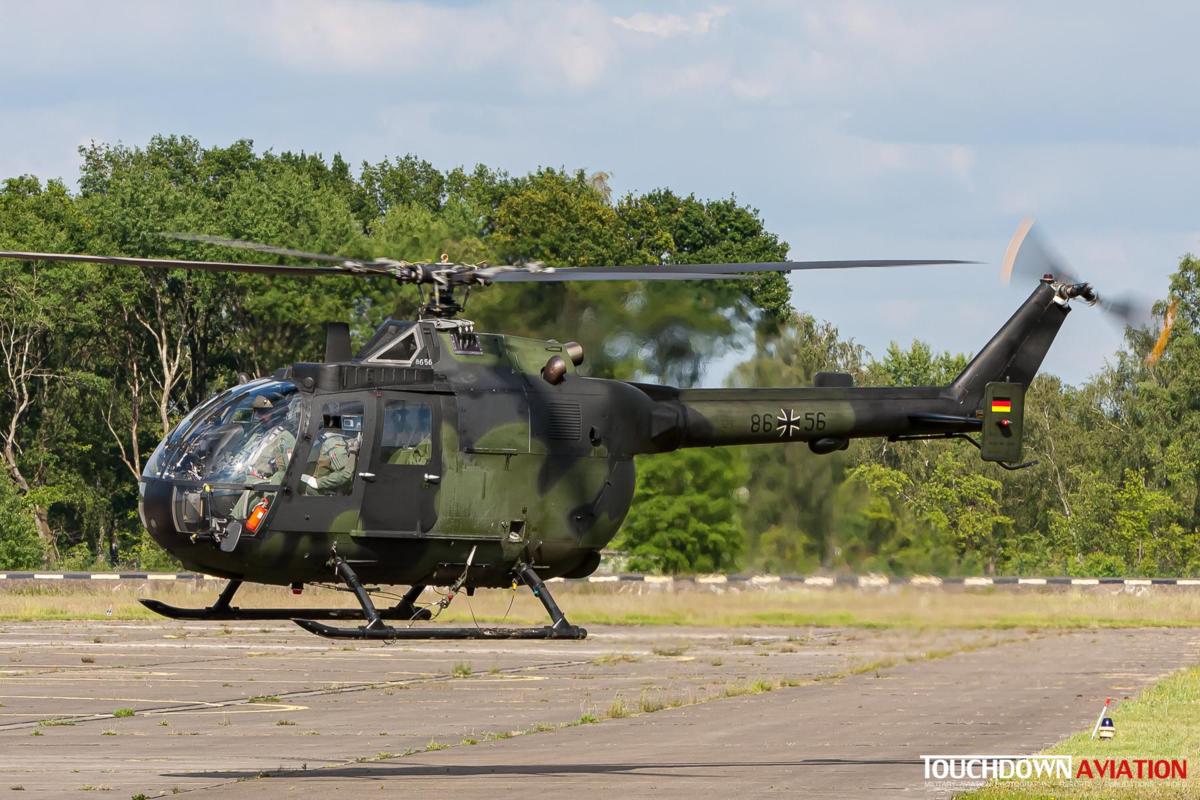 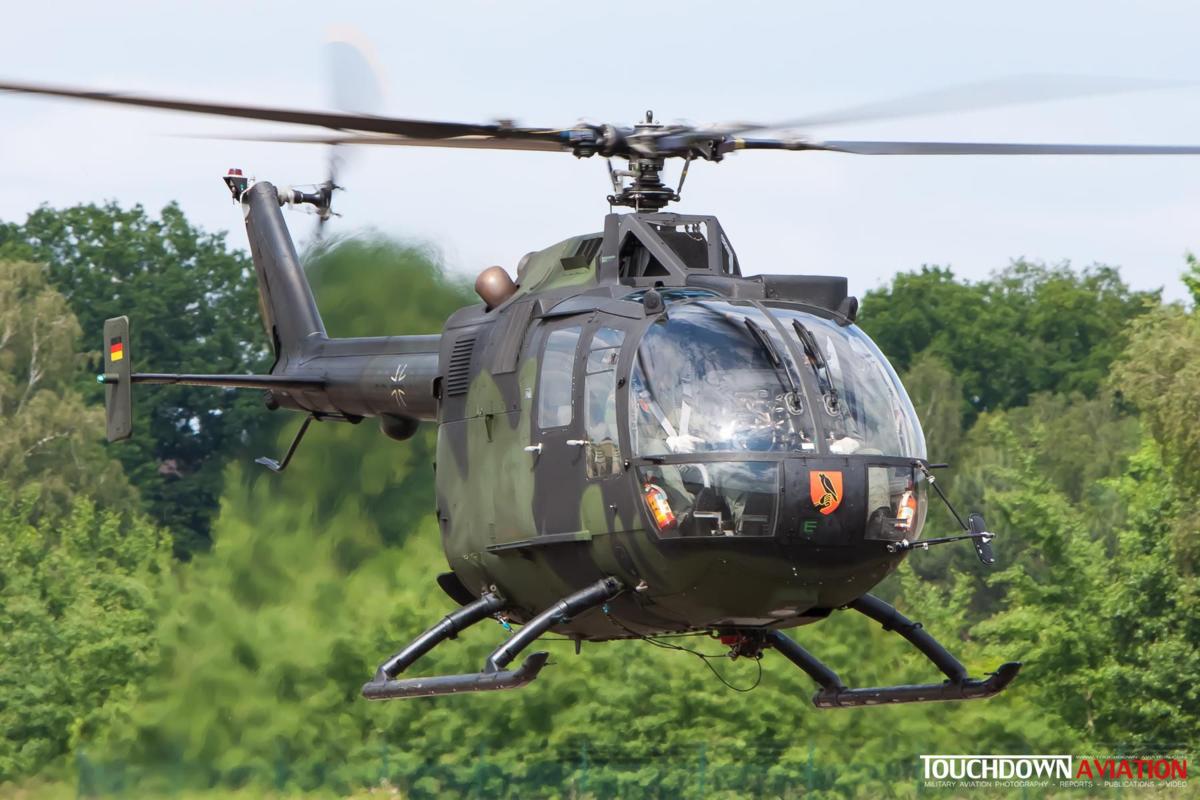