With Hyakuri Air Base located some 50 miles north of Tokyo, we were lucky enough to spot the airfield from our KL861 flight in descent to Narita Airport. With Japan's most famous landmark, Mount Fuji, on the horizon there was no better way to get a first impression of Japan! By focusing onto the pictures from our digital cameras we were able to get a fine overview on the static line of aircraft for the next days airshow!

On October 21stthe Japan Air Self Defence Force (JASDF) Hyakuri annual airshow took place on Hyakuri Air Base, also called Ibaraki Airport for the civil side of the airfield. In early 2010 civil operations began after a new parallel runway was constructed including a terminal on the west side of the airfield. In future years, Ibaraki Airport should become the third largest Airport in the Tokyo region. Nowadays however with only a small number of civil flights a day, the main operator still is the JASDF.

In 1937 the airfield was developed by the Imperial Japanese Navy with much of the land claimed from local farmers. At the end of WWII the local farmers reclaimed the land but the JASDF reopened the Air Base in 1956. Nowadays Hyakuri Air Base is the primary fighter jet operating base in the Tokyo area. Its main objective is to provide air defence with 7 Kokudan (Air Wing) as part of the Central Air Defence Force. Two squadrons are assigned to the air wing being 302 Hikotai, flying with the F-4EJ Kai Phantom II and 305 Hikotai flying the F-15(D)J Eagle. Both squadrons have a number of T-4 for training and liaison duties.

Hyakuri Air Base is also host for the sole photo reconnaissance squadron (Teisatsu Kokutai) within the JASDF; 501 Hikotai, flying a mix of original RF-4E Phantom IIs with the photo nose and converted RF-4EJ Kai Phantom II, carrying photo pods under the fuselage. These Phantoms wear a very attractive green/brown camouflage pattern. The shark’s mouth on the RF-4Es makes them the best looking Phantoms in the world!

The Hikotai are supplemented by the Hyakuri Kyunantai, the local Rescue Air Wing squadron. At least two U-125A recce aircraft and a same number of UH-60J Black Hawks are assigned to Search and Rescue tasks. The Rescue Air Wing (Koku Kyunandan) is part of the Air Support Command and squadrons are based at several air bases in the Country, not only flying the types mentioned but also operating the CH-47J Chinook. 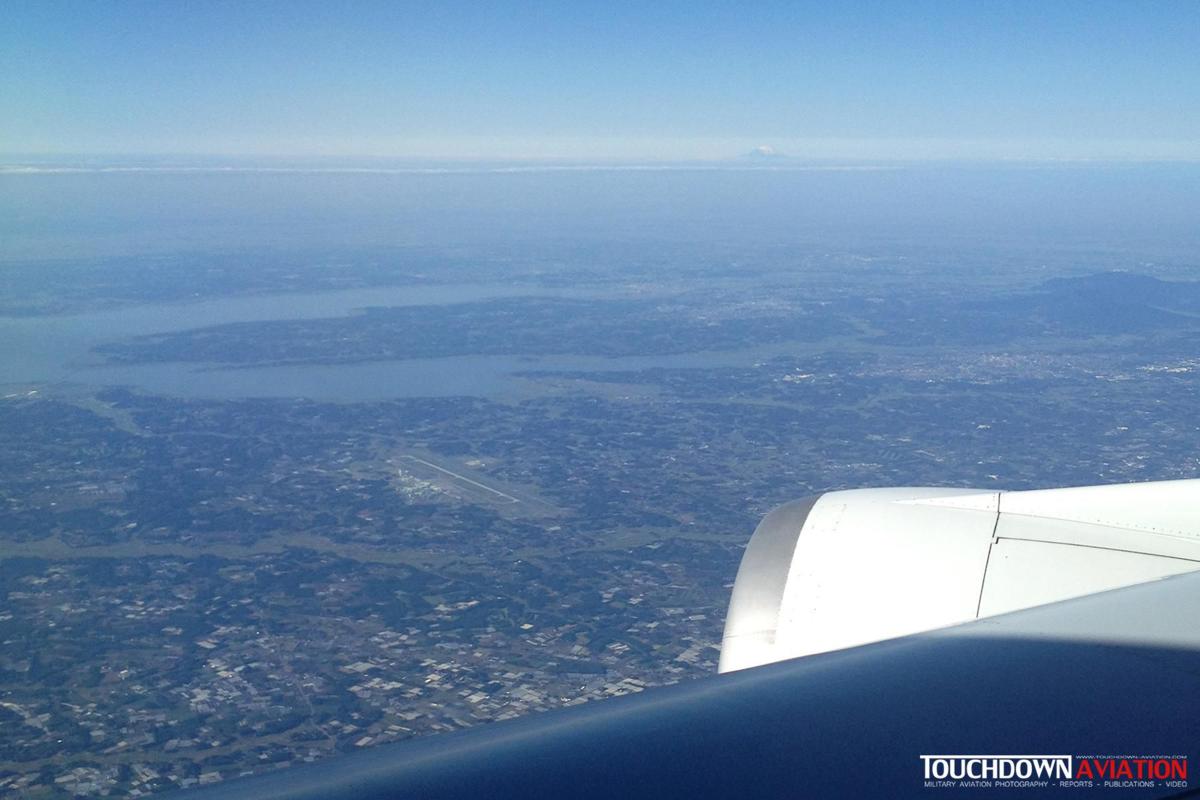 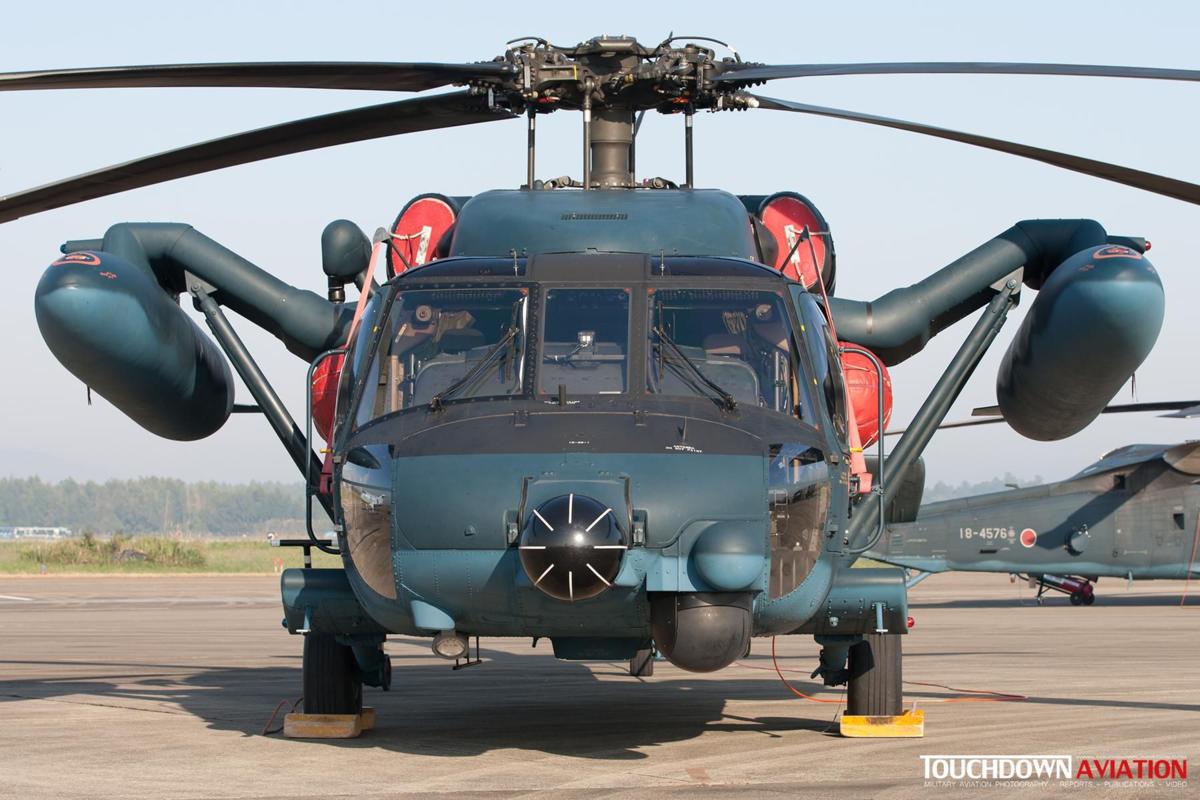 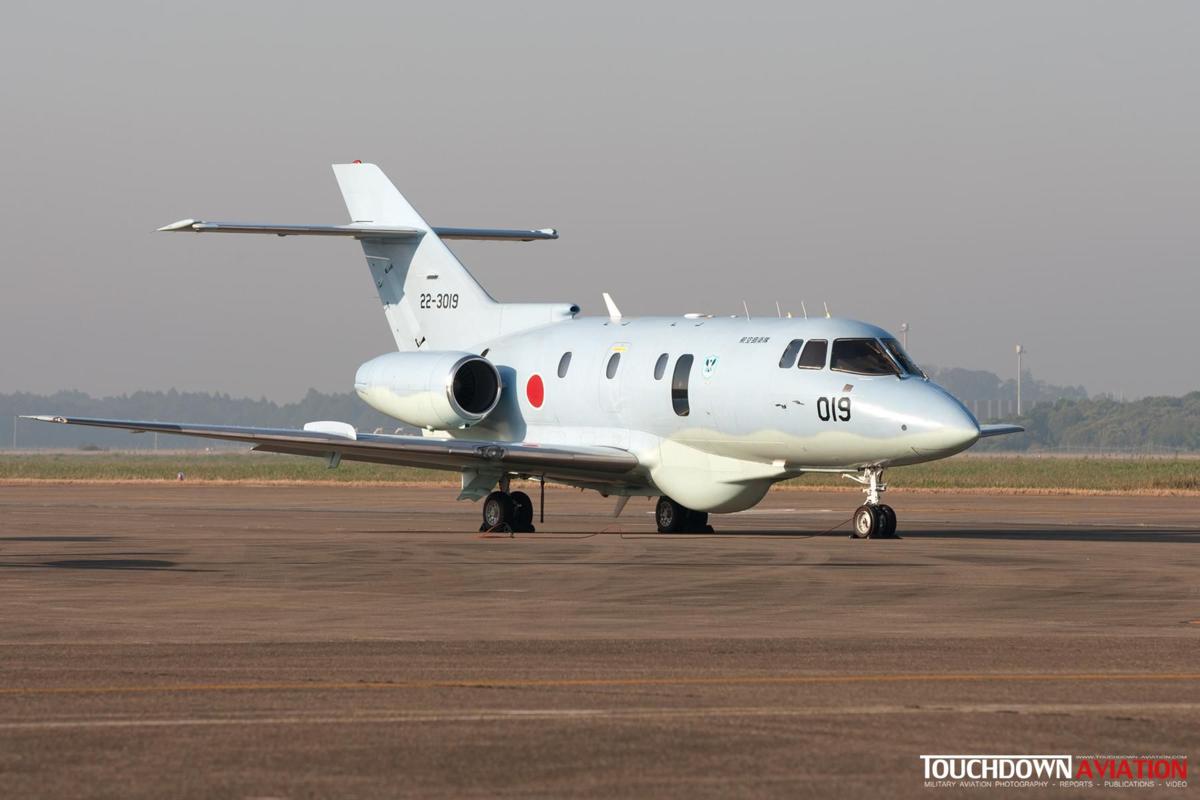 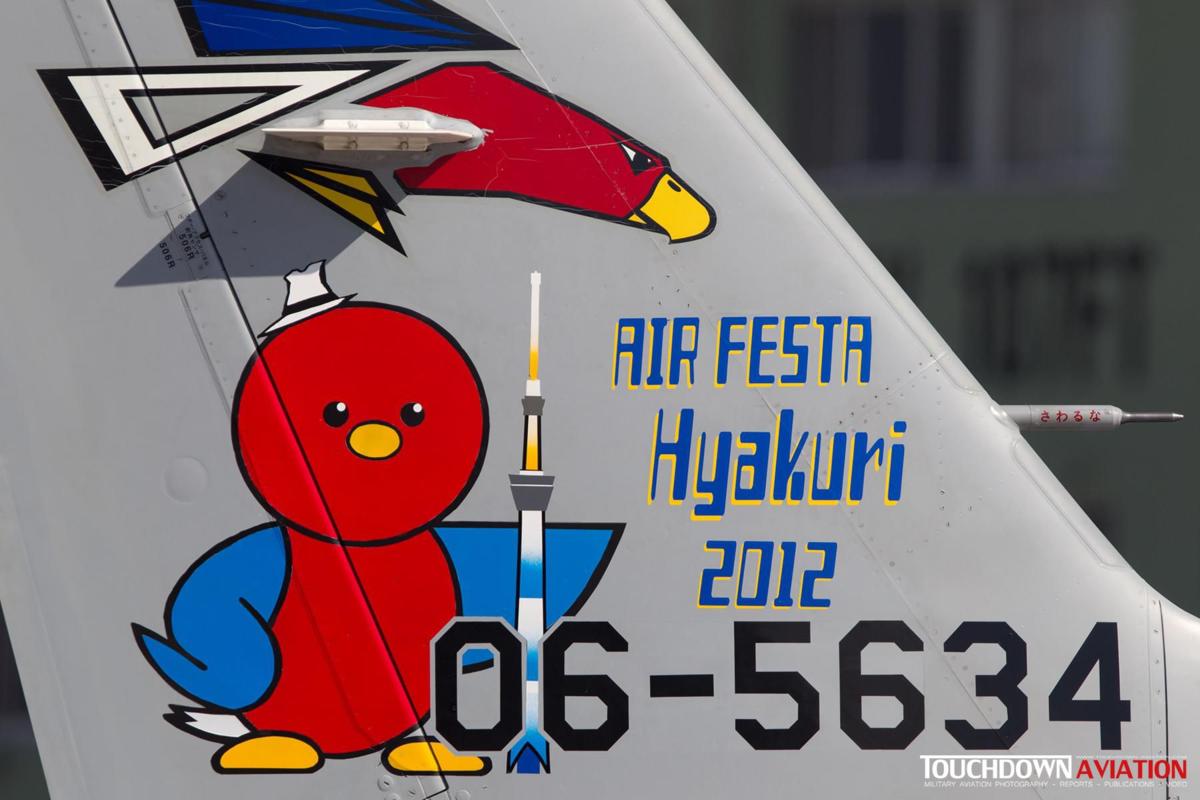 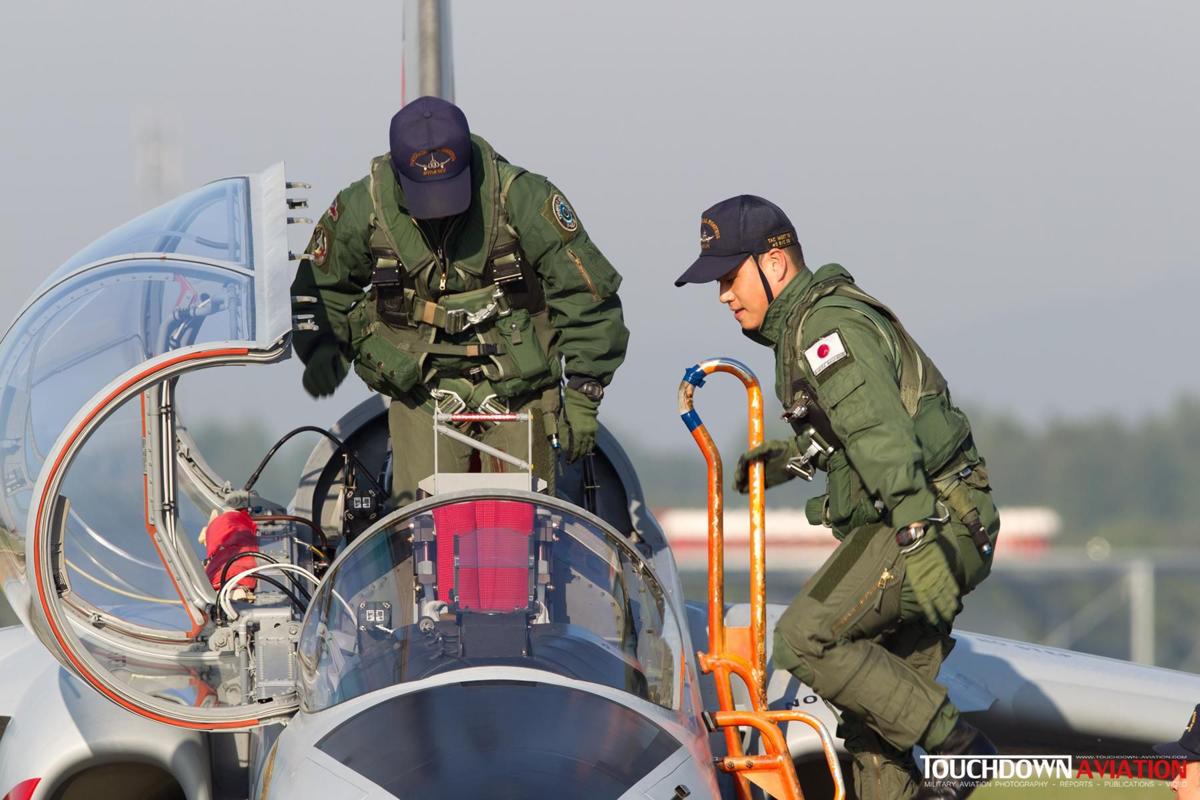 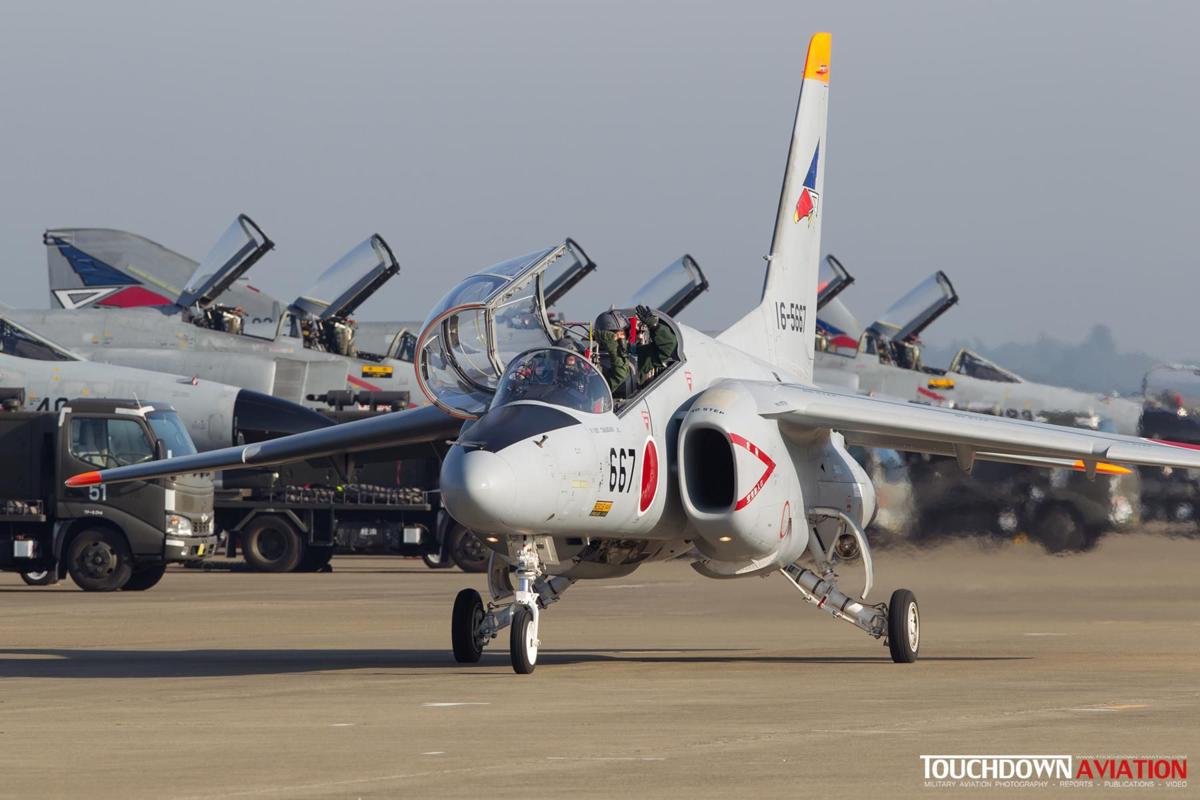 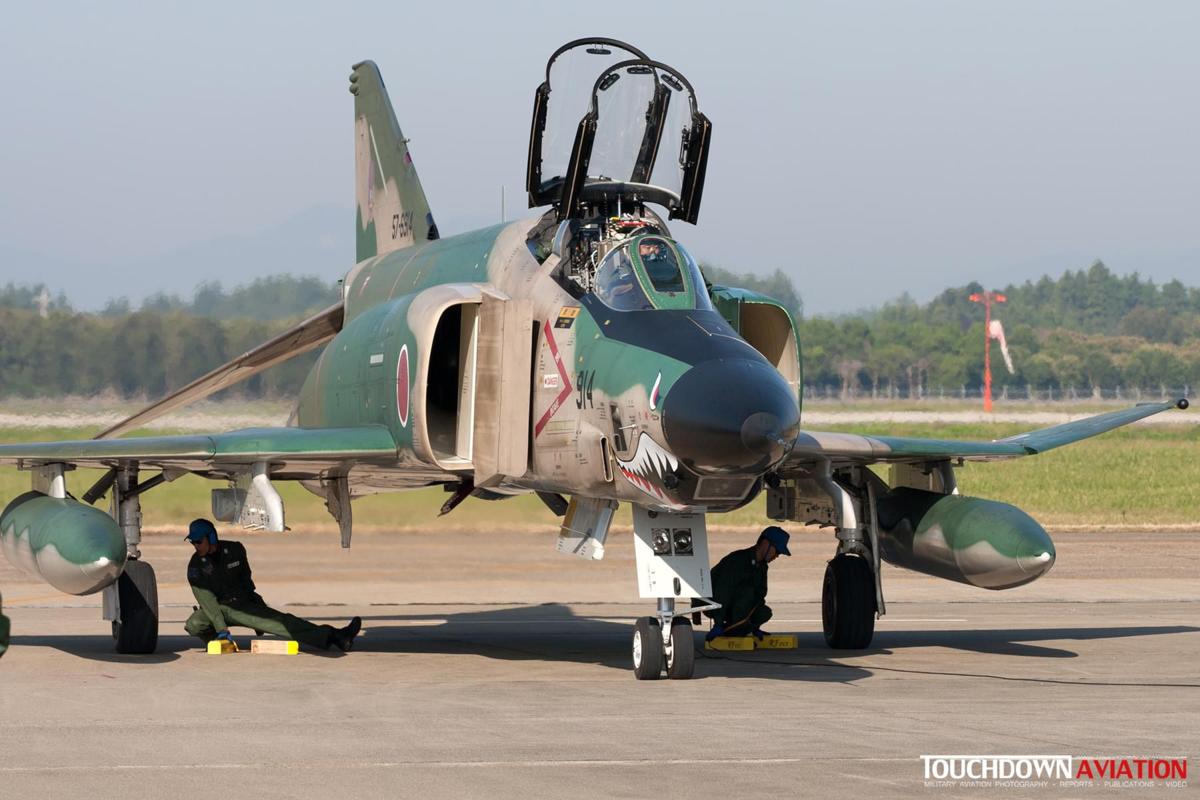 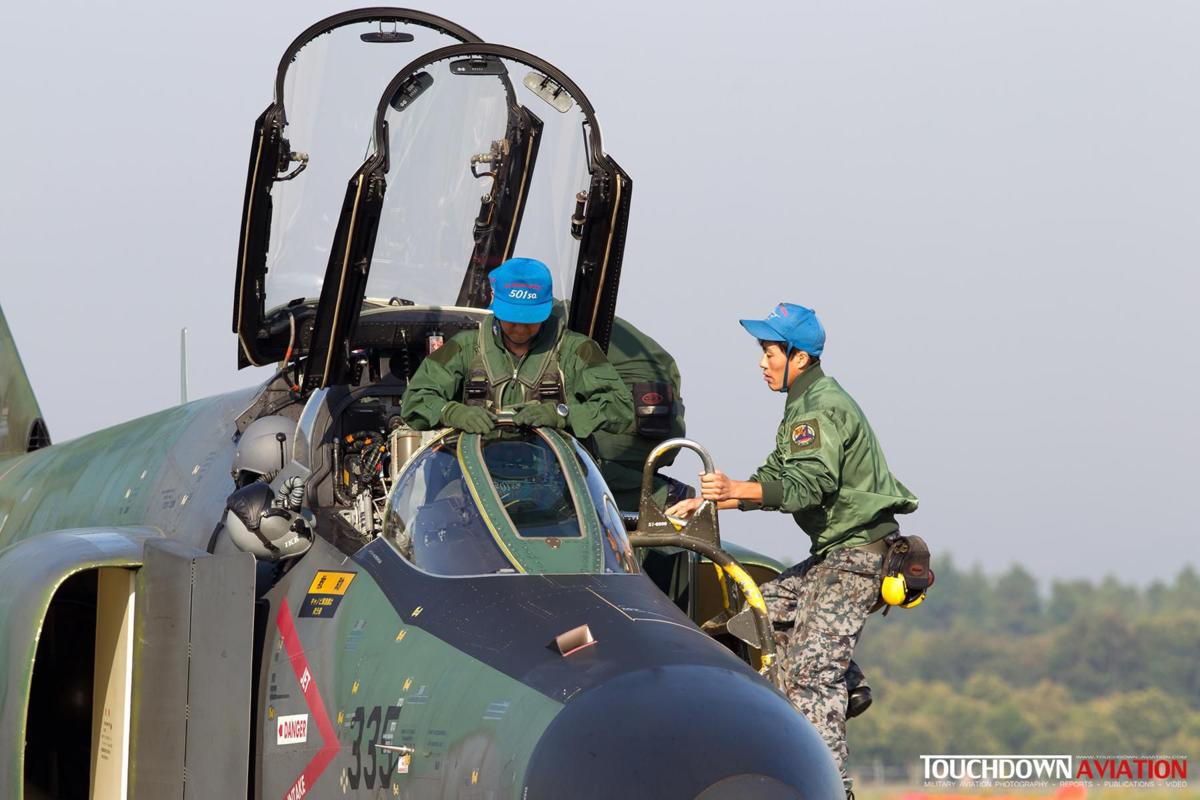 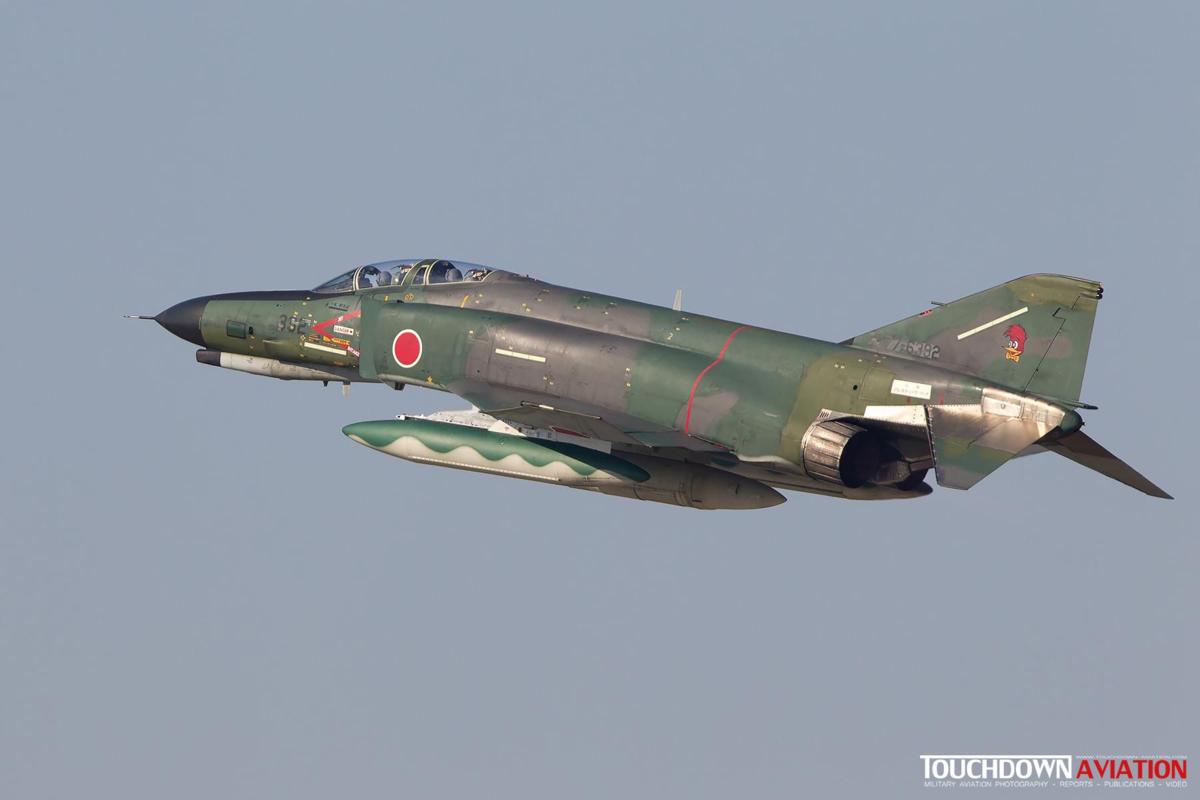 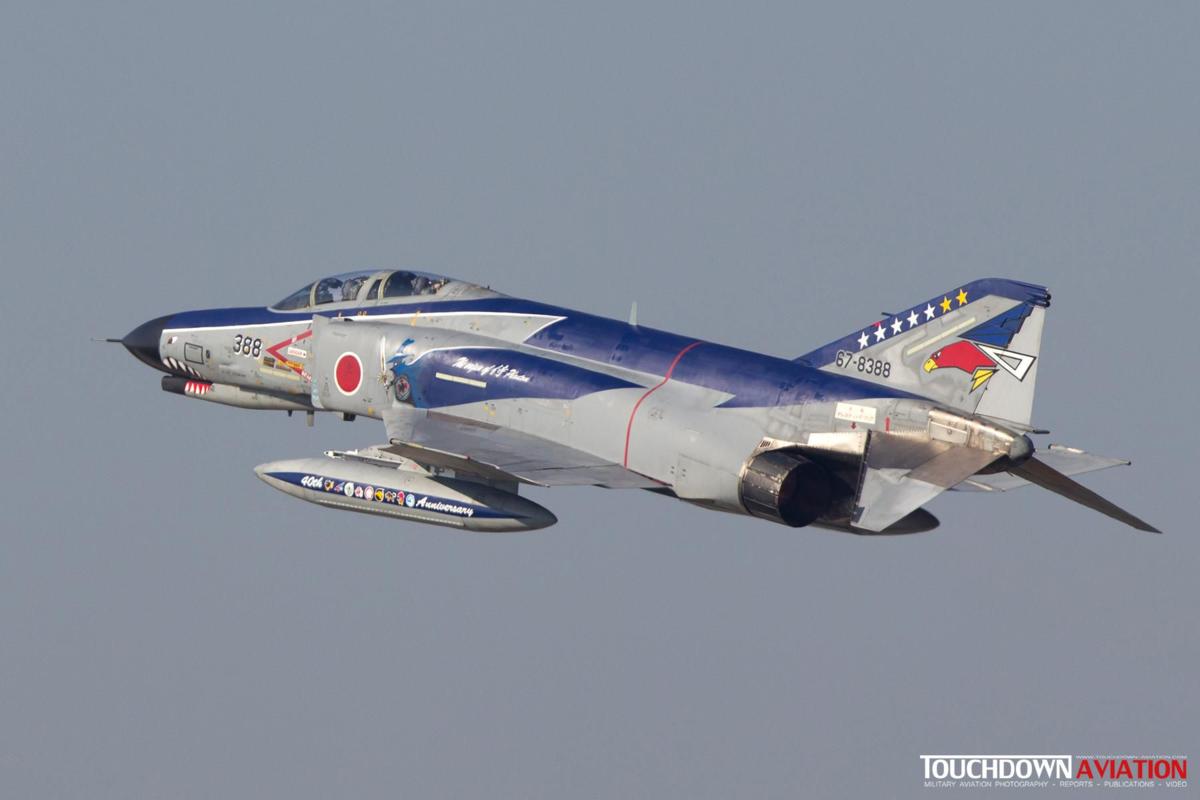 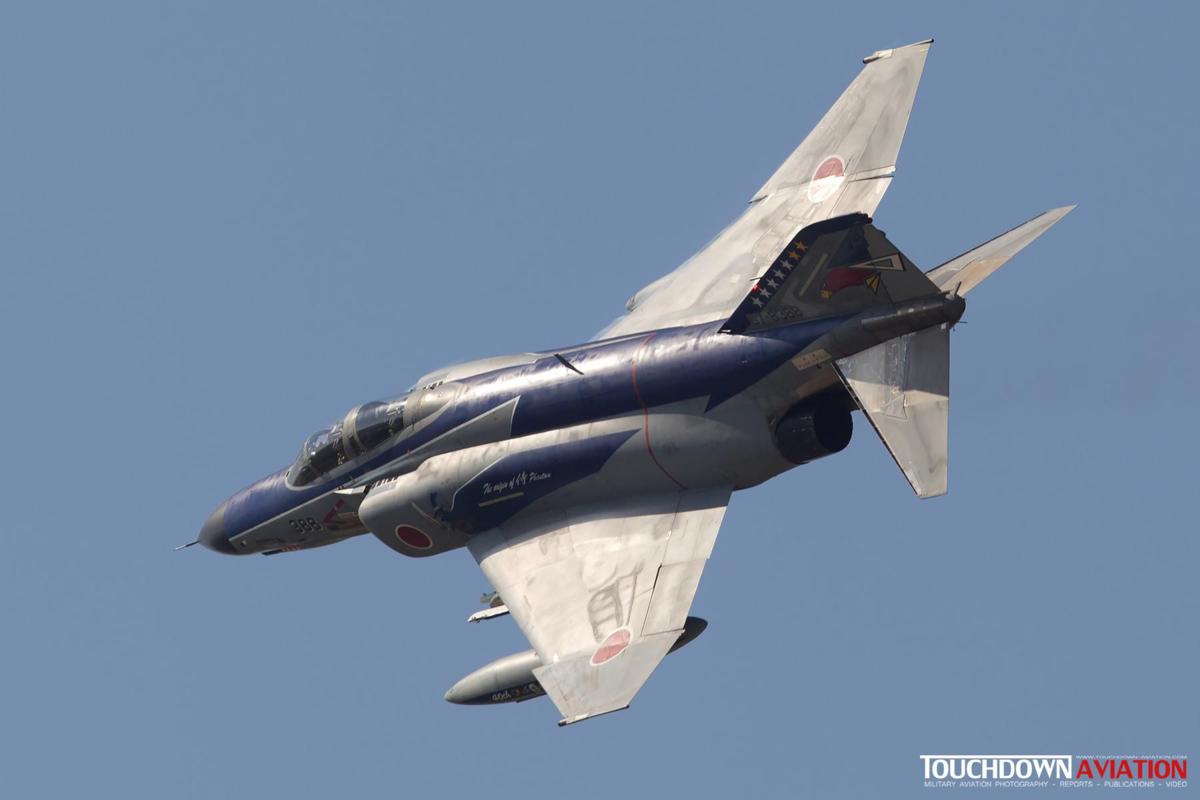 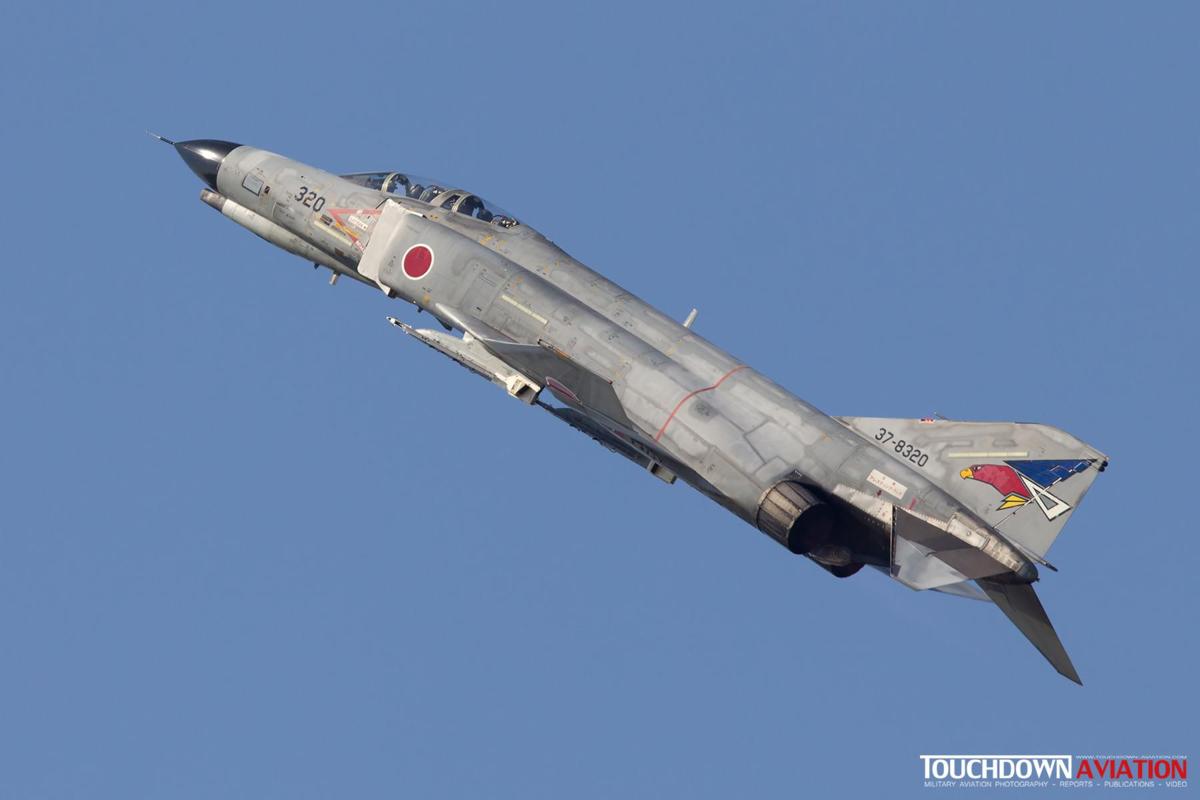 For a moment we thought that the statement of ‘Japan is the land of the rising sun' would be taken too literally as the first jet noise was heard as we arrived in the car park before 6am, just as the sun was rising on the horizon. Unfortunately it was only engine tests by the line up of fighters that would fly later that day. Our original plan was to stay on the west side of the field to avoid a possible traffic jam at the end of the day. An excellent bus service however brought us on the other side, turning out great for photography in the end!

As we had seen the day before from a higher altitude, the ramp space of Hyakuri was well filled with visiting aircraft. Only a few types weren't present of which the E-2 was announced in advance, but was cancelled most likely due to operational needs in view of increased tensions between Japan and China. The static lay out however was not good for photography with fences and people. In front of the crowd a flight line was situated with all flying display participants presented. Though it blocked a large part of the view on the runway, this setting was very welcome as it provided an opportunity to shoot some of the pre-flight checks by aircrew and pilots as well as some static shots of the aircraft with open canopies.

The actual air show itself started at 10 o'clock and was opened by a single T-4. It was followed by a mass take off by the Hikotai fighters. One of the F-4EJ Kai Phantom II from 302 Hikotai was painted in a special paint scheme to celebrate 40 years of Phantom operations in the JASDF. On the wing tanks all squadron insignia that had flown the type past & present. It was not the only special paint scheme. To celebrate 20 years of F-15(D)J Eagle operations by 305 Hikotai one Eagle was painted with blue tails showing a Starfighter and a Phantom, a large squadron badge on top of the fuselage and an eagle on the nose.

Throughout the day we were treated with a couple of topside photo opportunities. With the sun however moving to the other side of the runway it was not always working out as we wanted. For the last part of the show we moved to the other side and were happy to get a perfect shot of the U-125A performing the SAR demonstration in cooperation with a UH-60J. A common thing for Japanese air shows is that after the show all static participants from other airbases leave home. It gave us the chance to photograph them all -except the AH-1 Cobra- in very warm light conditions. With the F/A-18 Hornets being the last leaving just before sunset we looked back on a very good first day of photographing aircraft in Japan! 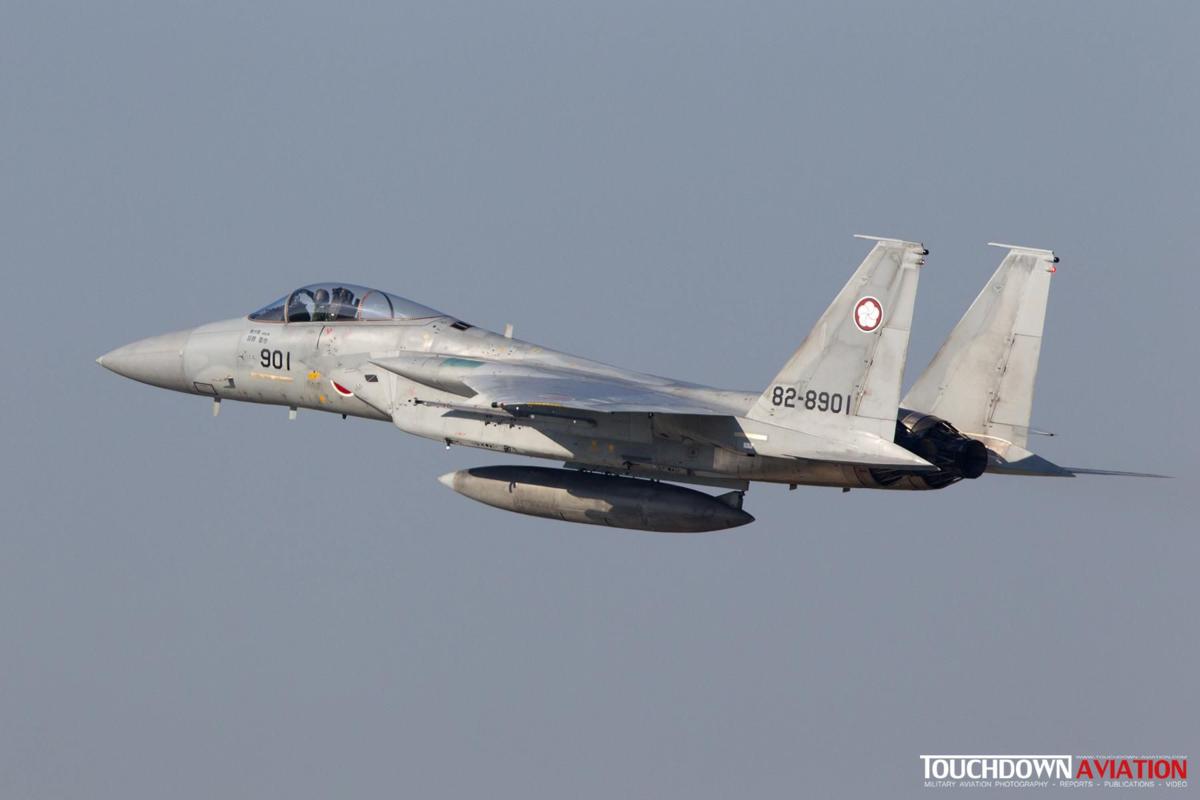 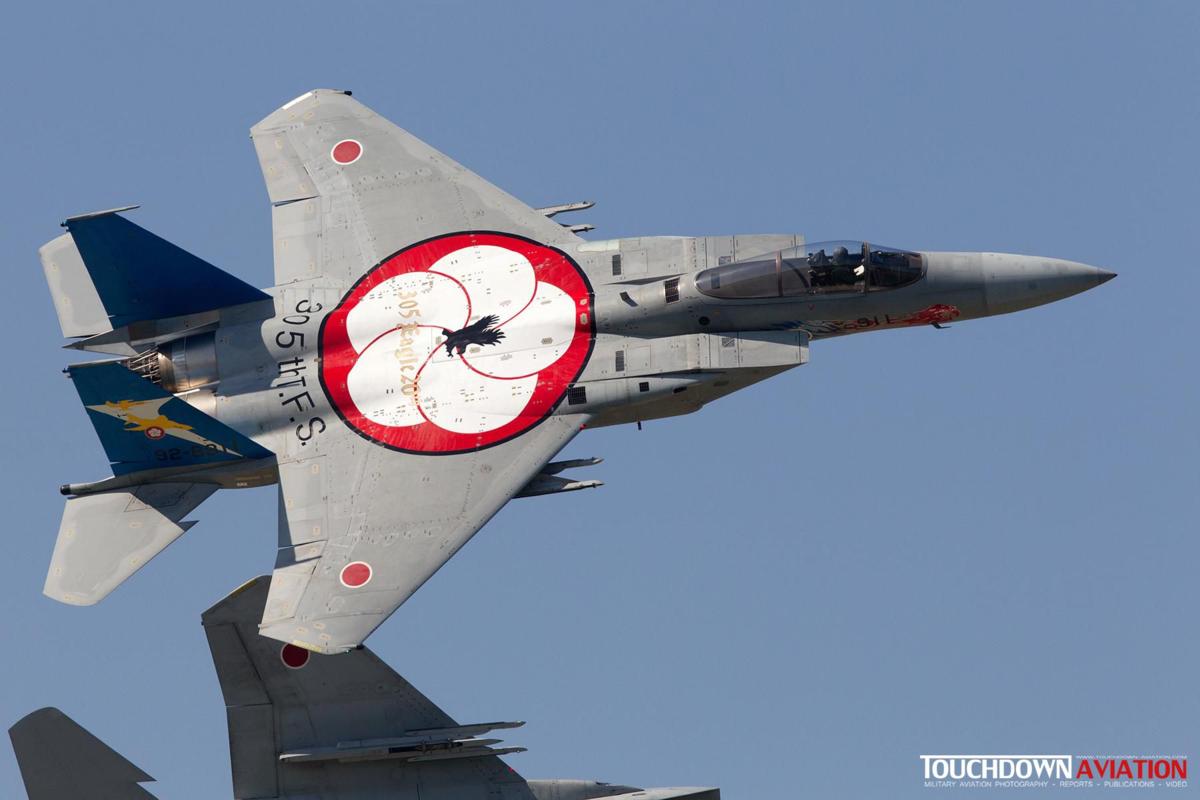 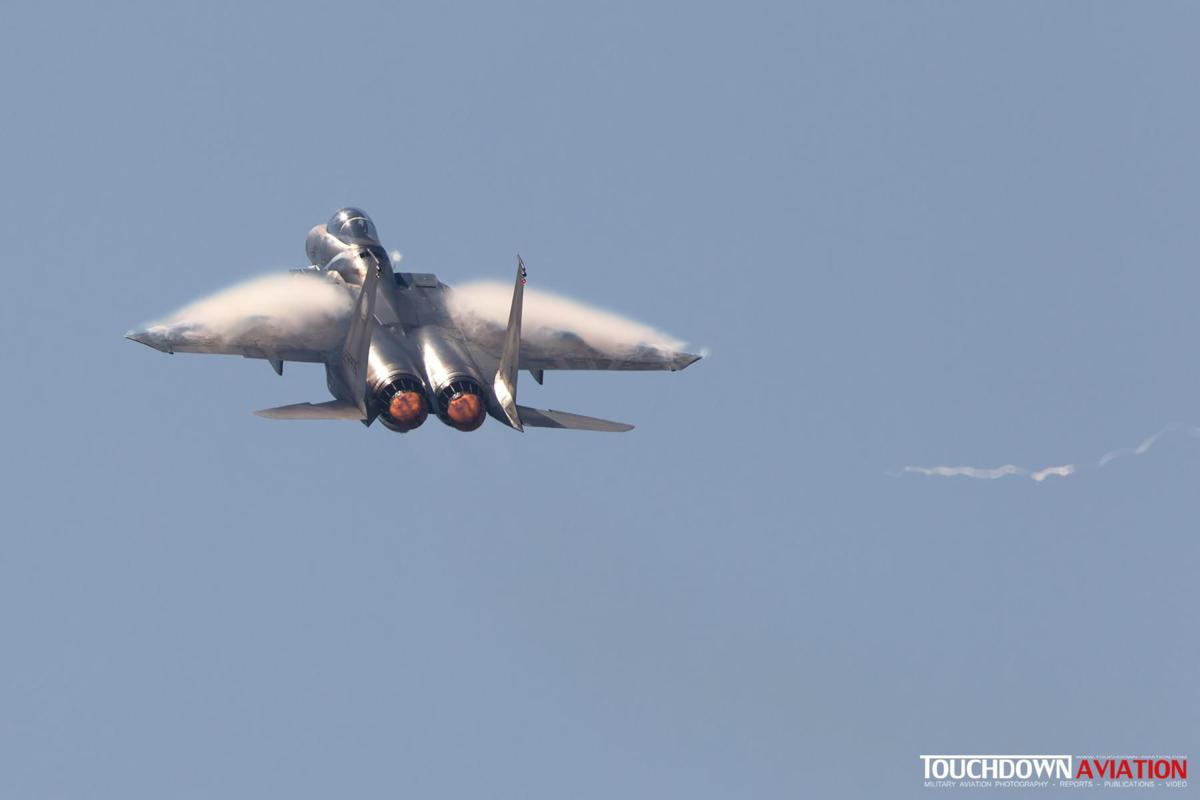 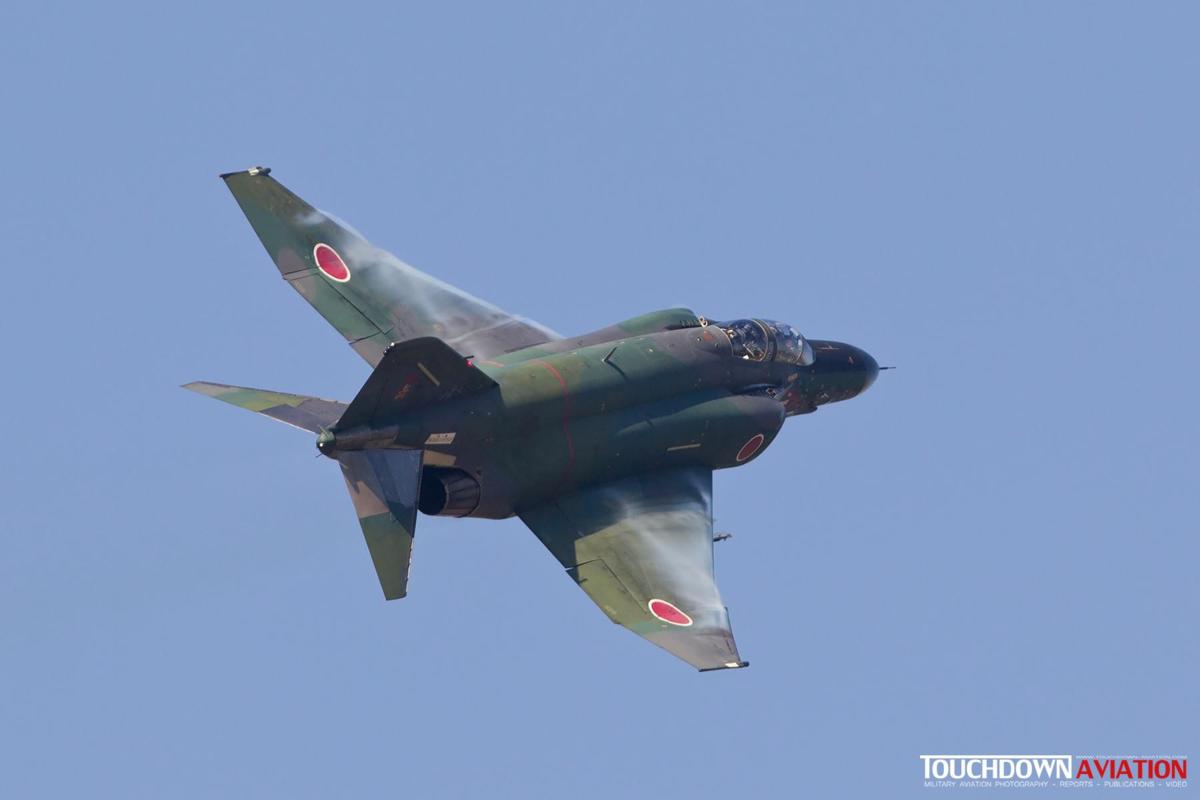 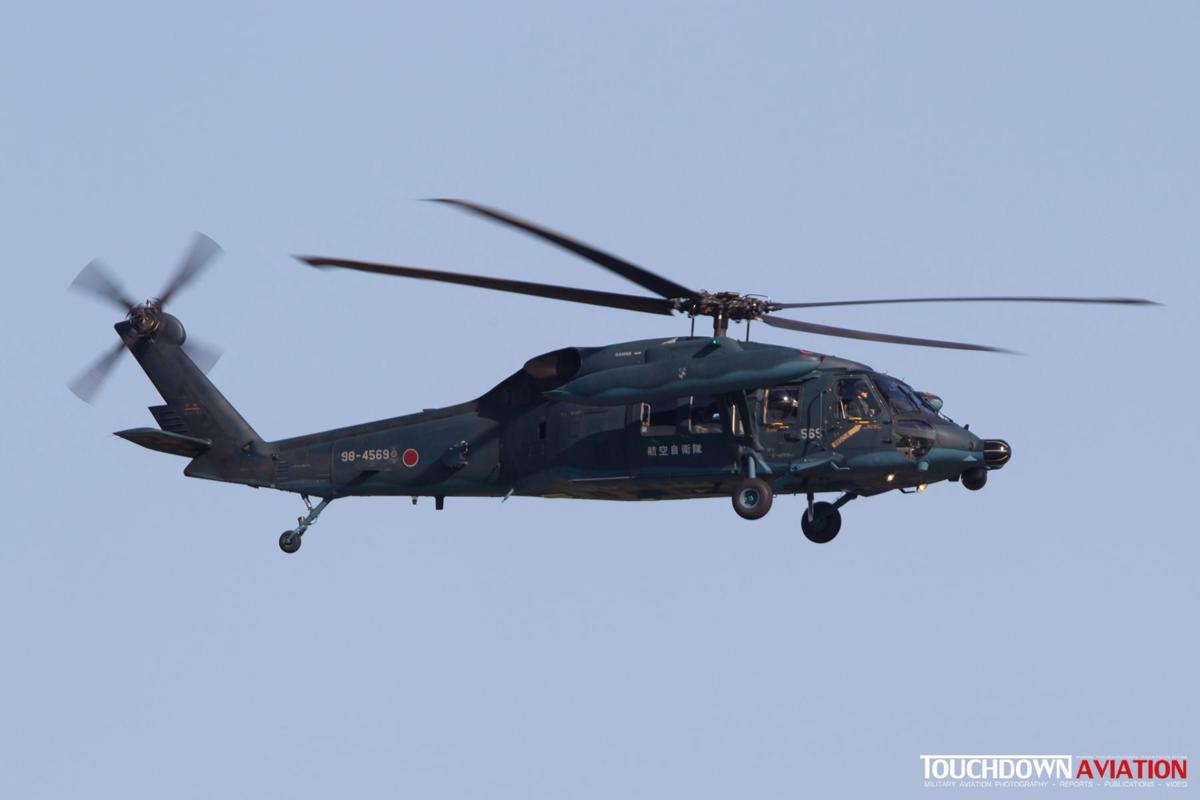 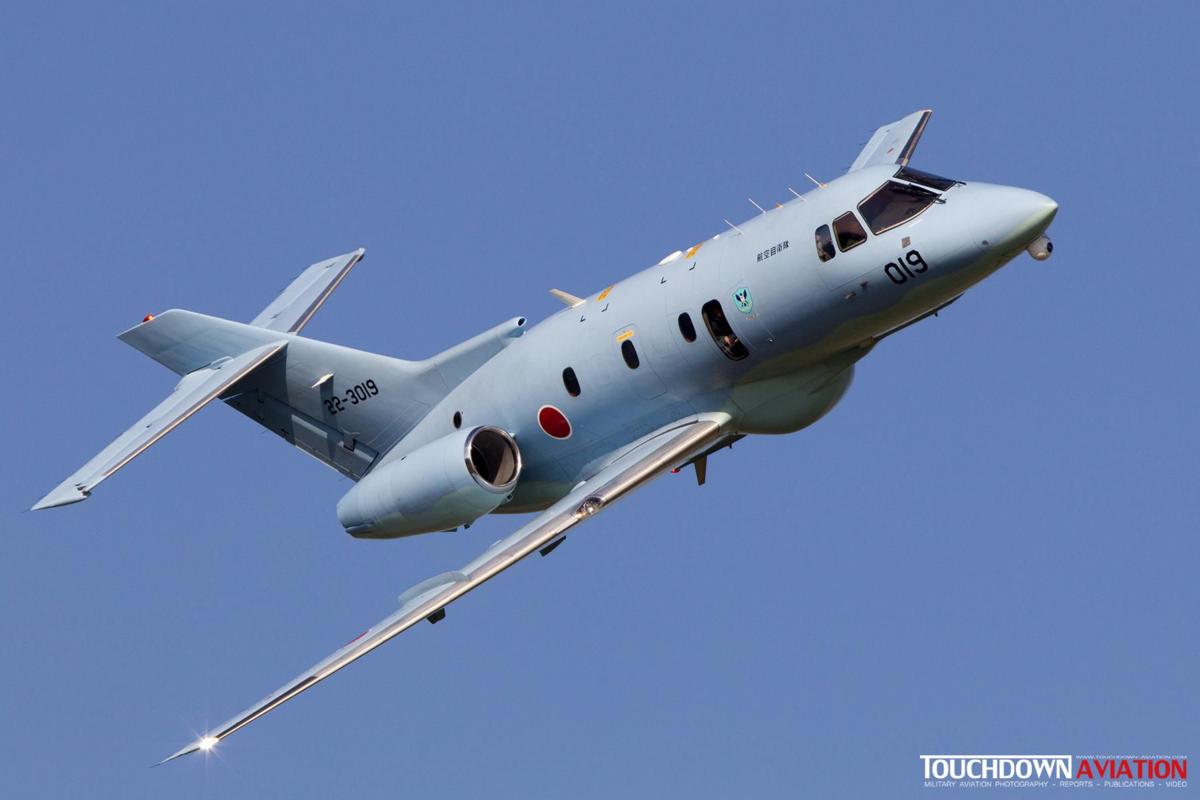 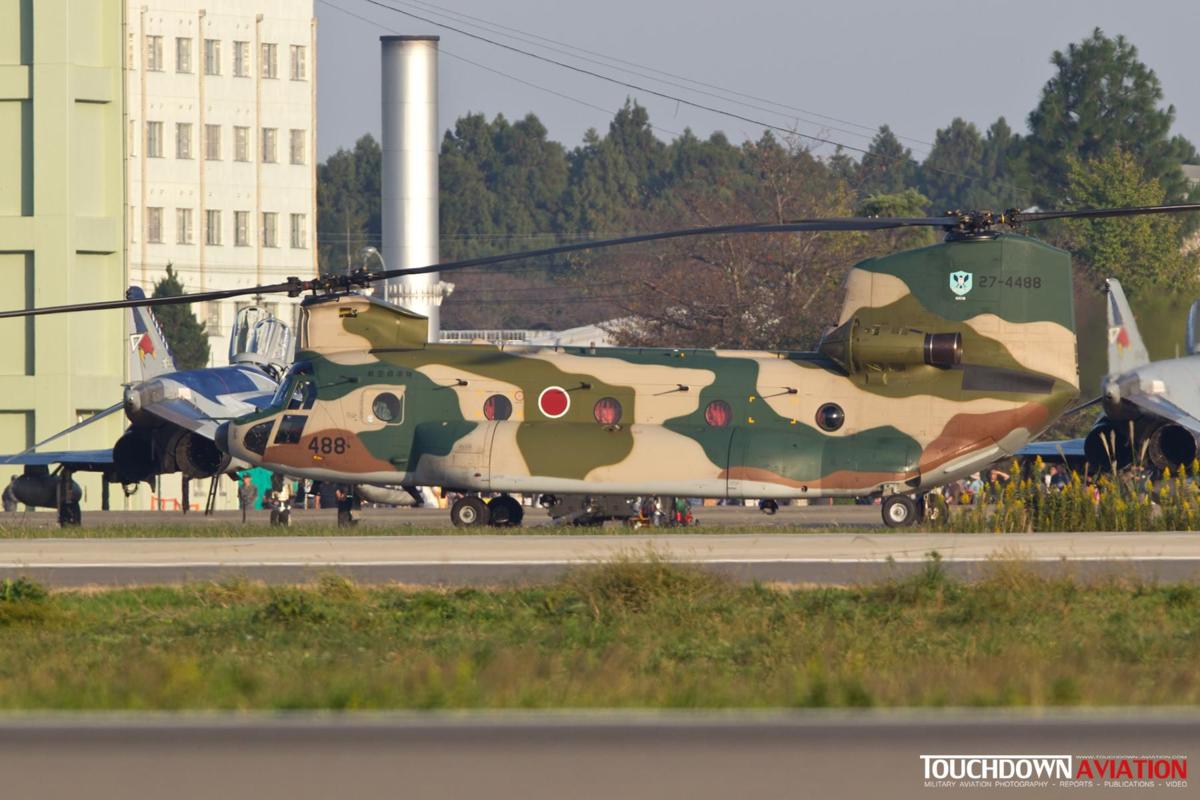 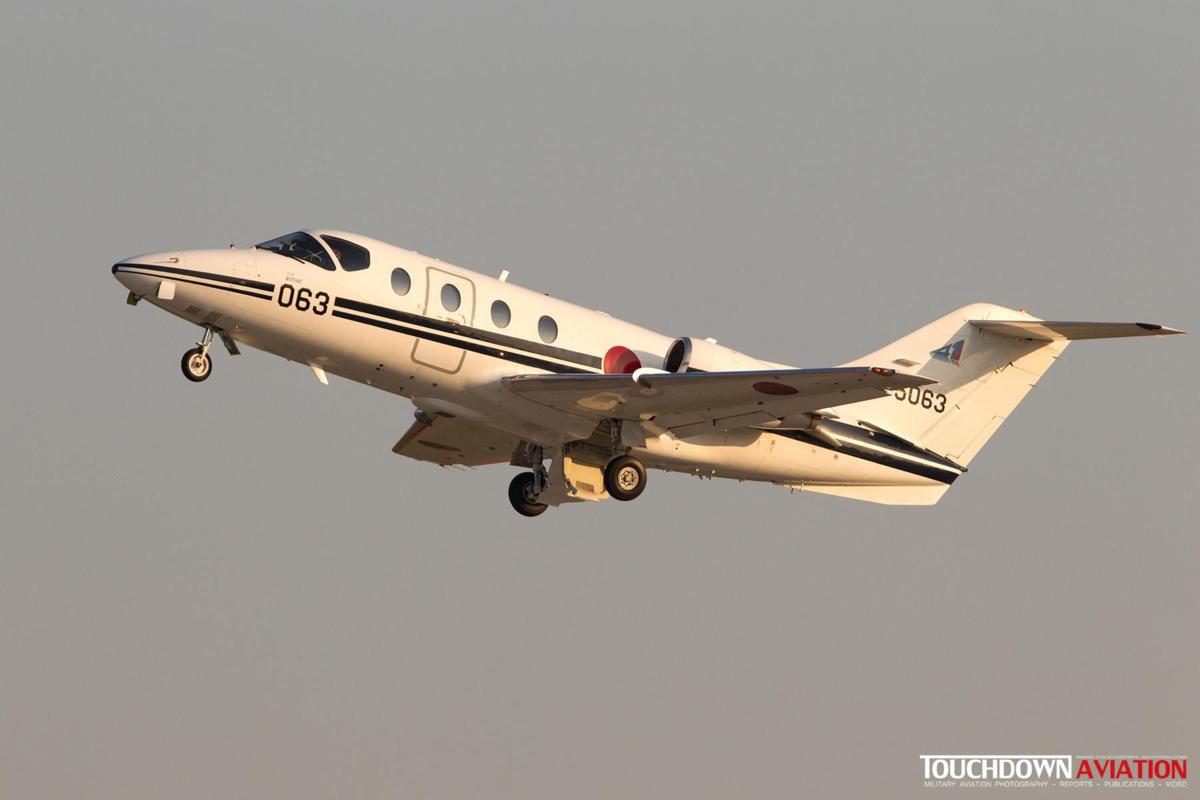 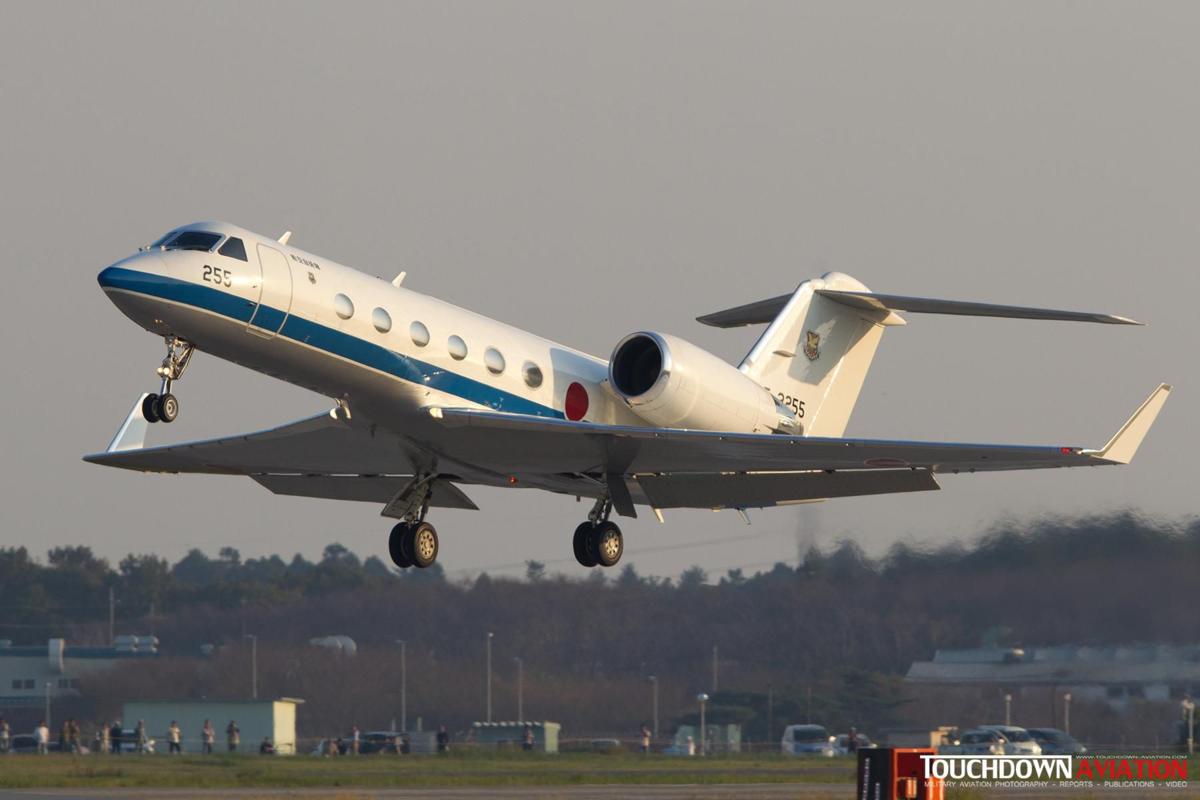 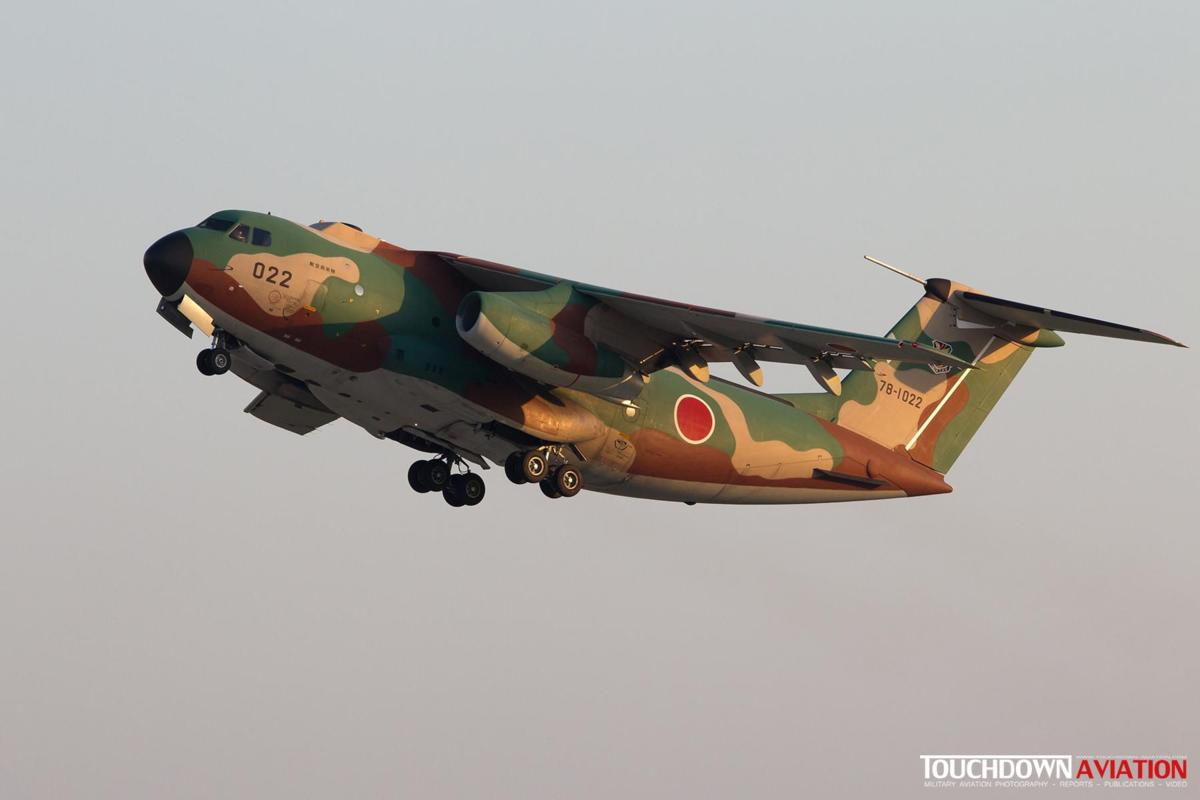 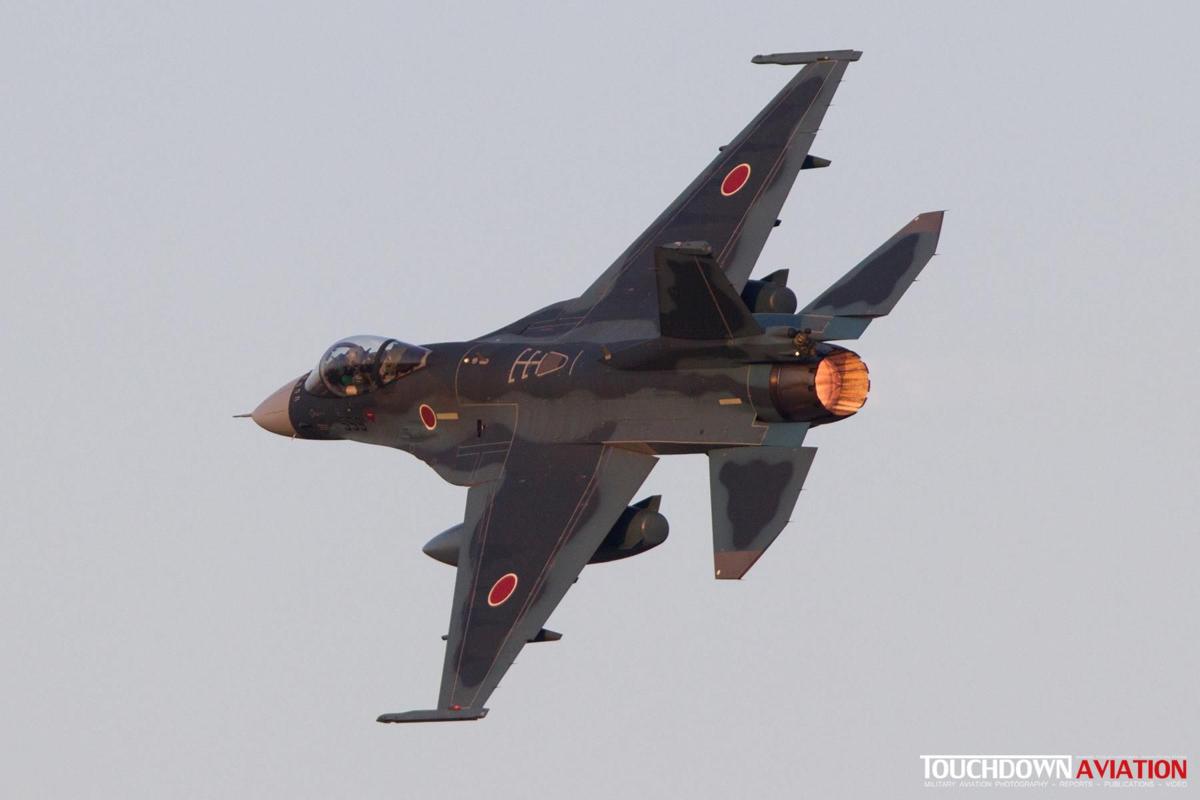 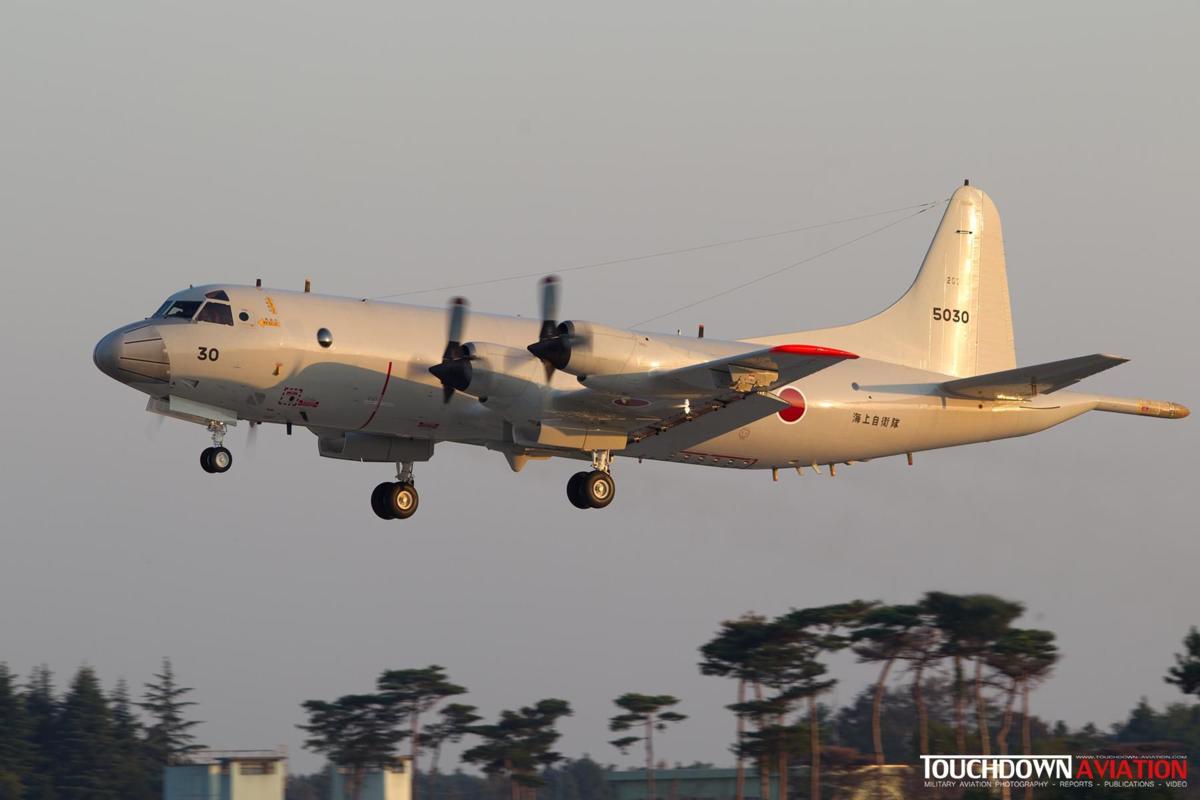