Practising in hot and sandy conditions

After the successful first exercise last year, RNLAF exercise Dutch Blaze was held again from June 20th – July 1st 2011. Although the name remained the same, the exercise had reduced in size and participants and had a different character than last years exercise. A couple of things remained the same as there was Chinook action during the evening hours in the sands AND air!

Dutch Blaze is a small scale exercise based on the Hot Blaze exercises which were held in Spain in the past. It's one of the Blaze exercises to train pilots in different skills and situations they can encounter during normal operational flying or while being deployed for UN/NATO missions. Other Blaze exercises are: Snow, High, Tac(tical) and Advanced Aircraft Handling. During Dutch Blaze pilots have to execute 5-6 successful flights, both in daylight as in dawn, practicing so called 'Brown Out' landings. As the exercise is held in the Netherlands and the landings look spectacular though, the situation can't be compared to that in Spain or Afghanistan where temperatures are much higher and the climate is very dry.

Like last year the exercise areas were the 'Beekhuizerzand', 'Stroesche zand' and 'Leusderheide', all located in the center of the Netherlands. Unlike last year, MLT Deelen was used only as a refueling location, the missions started and ended at RNLAF Gilze-Rijen while crew changes were made at the exercise area during the mission itself. As most of the 300 Squadron Cougars were withdrawn by last May, only participants were the 298 Squadron CH-47D Chinooks. At the first evening, the 11thAir Mobile Brigade supported the exercise by practicing some tactical maneuvres in the dawn.

This year, all participating Chinooks were flying with the Engine Air Particle Separator (EAPS) system installed on the engine inlets. This system protects the engine air-inlets against sand, dust, snow and other unwanted FOD. In 2007 this system was aquired by the RNLAF as part of the CH-47F deal signed with Boeing. The RNLAF will receive its first CH-47F later this year.

During the 2 weeks, only a handful of missions were flown as the squadron suffered some setbacks in the planning. Only a few aircraft are equipped with the EAPS system and due to technical failures on other aircraft some of them were scheduled for the exercise 'Lowlands 2011'. Other technical failures even forced them to cancel the 'Brown Out' landings in the last 2 days of the schedule. 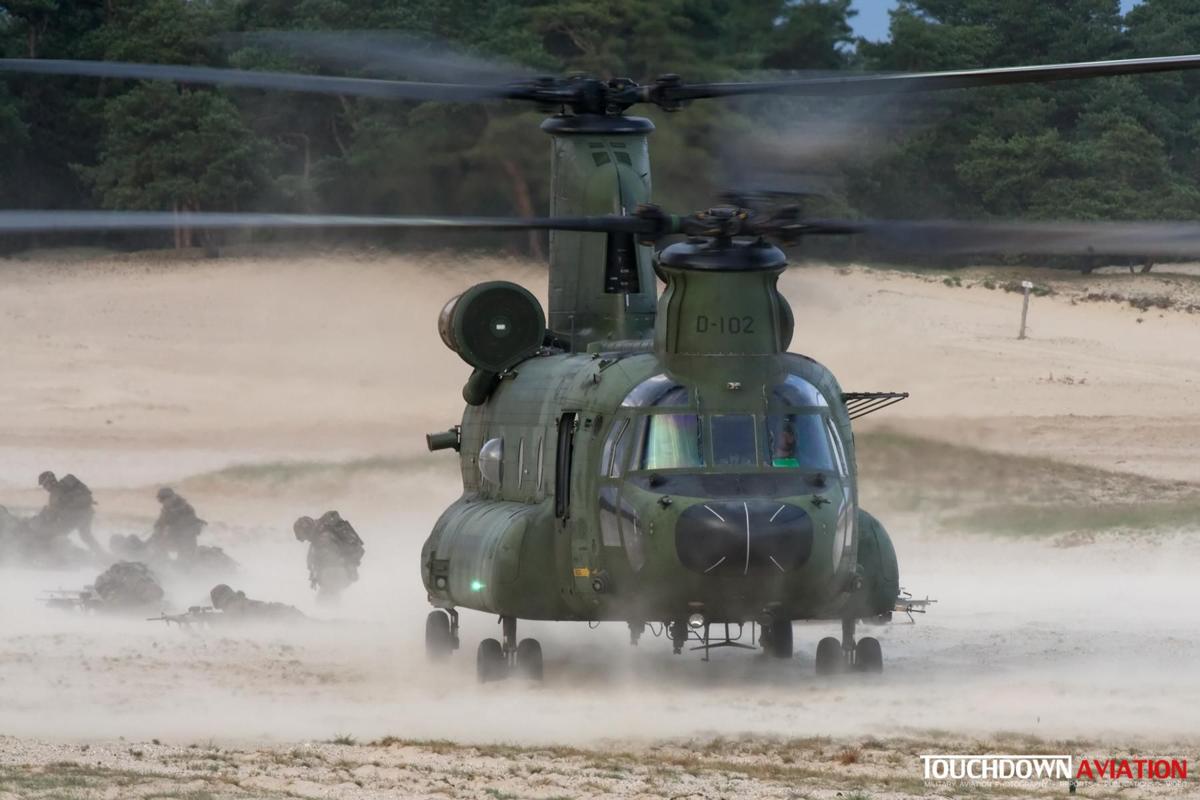 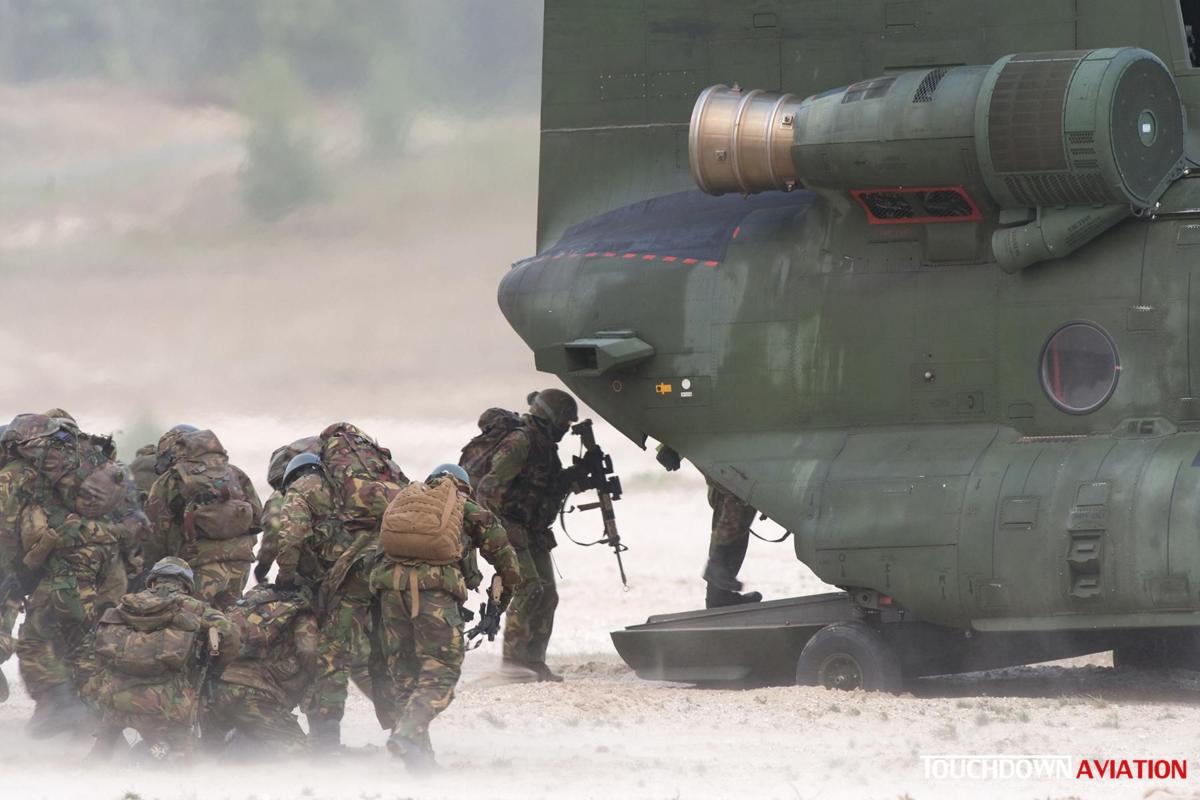 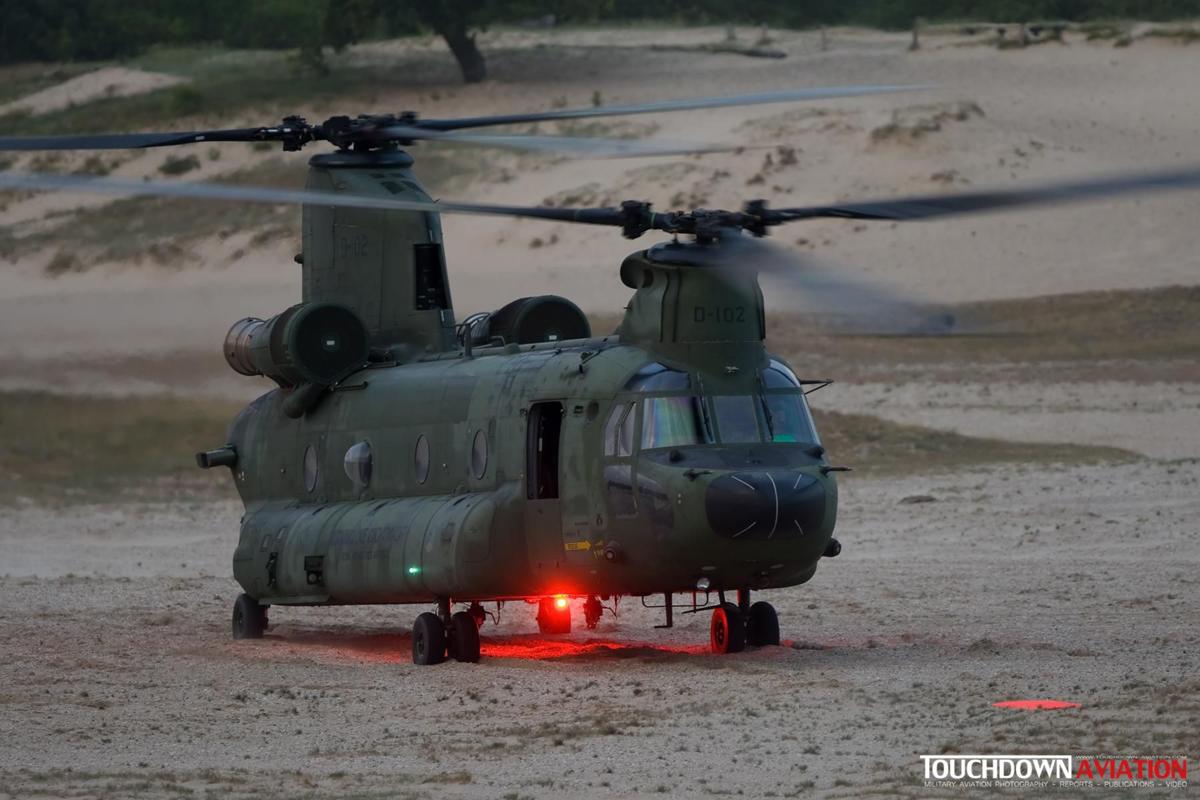 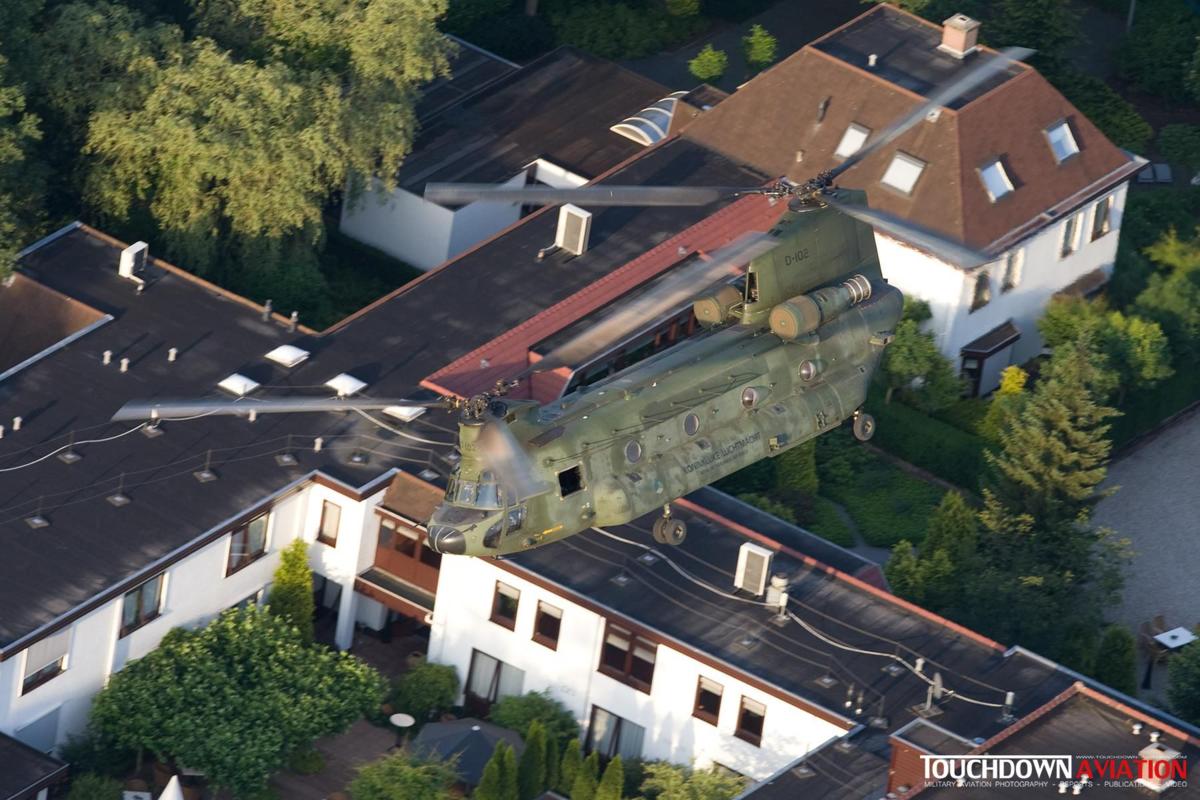 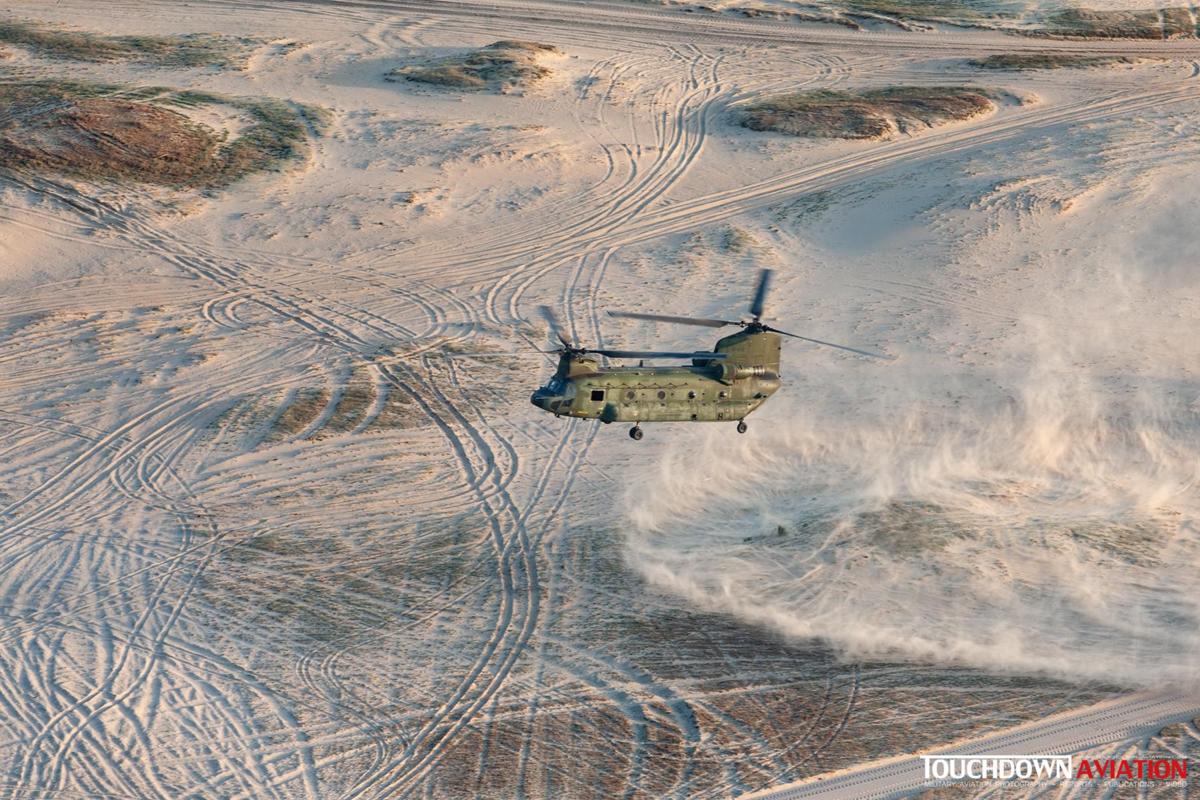 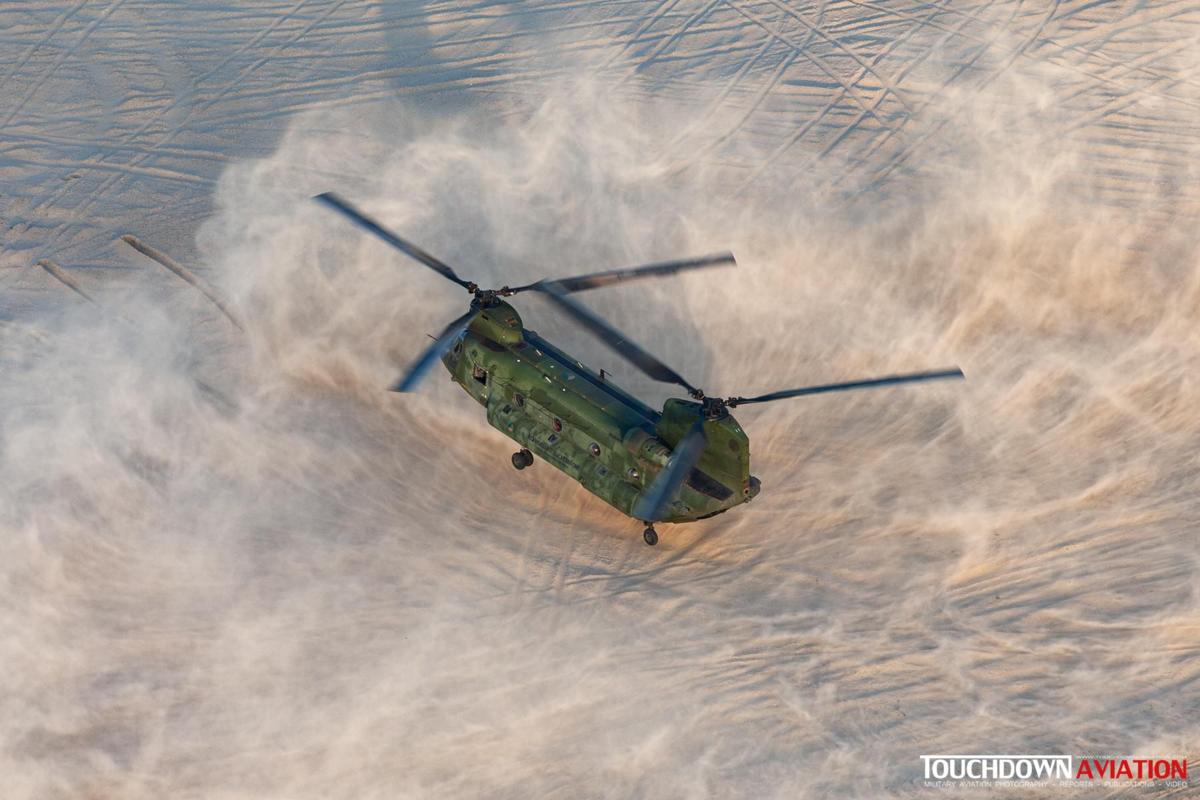 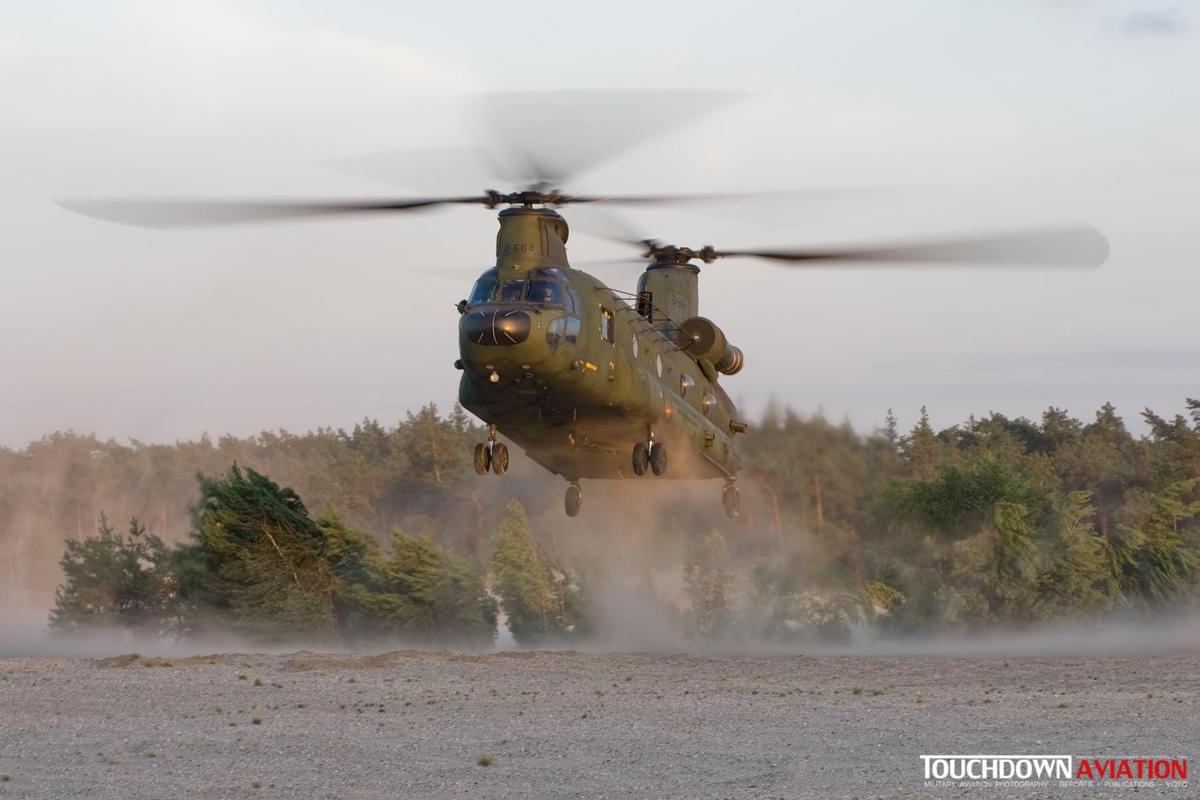 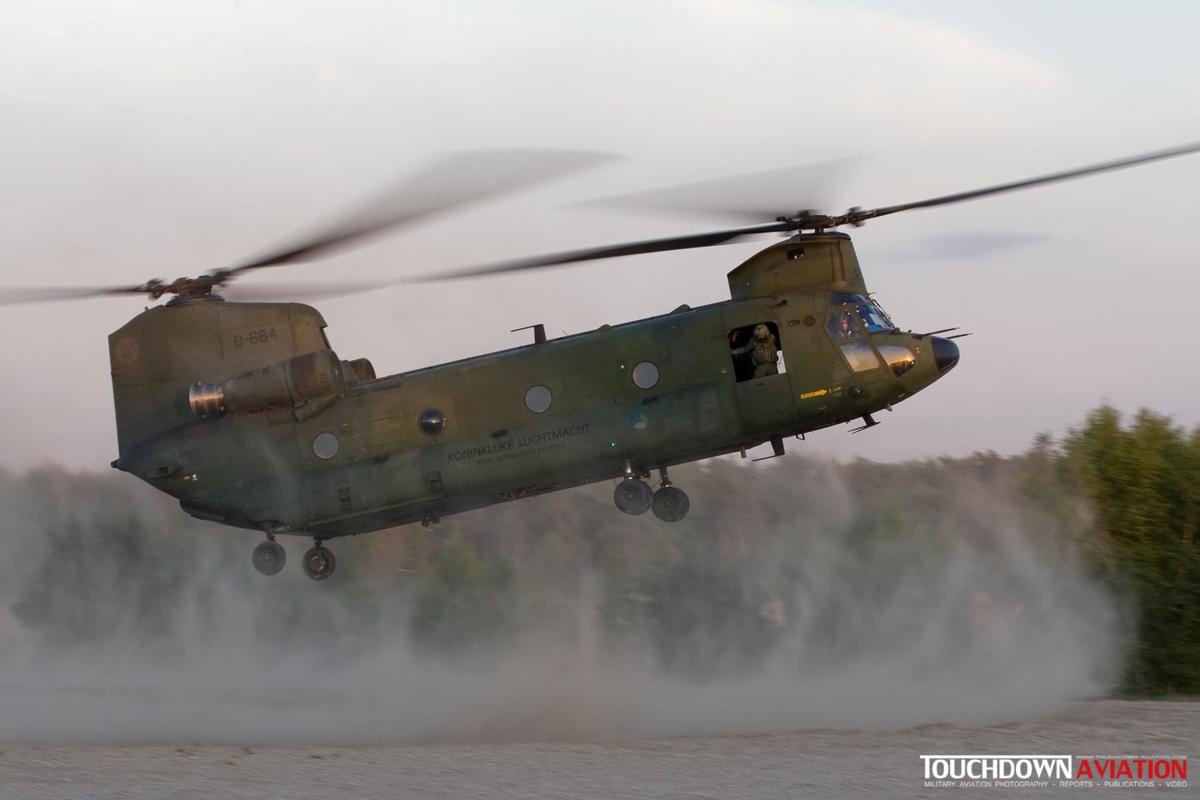