Just before 3PM at this Autumn Afternoon, Captain Ralph "Sheik" Aarts set the throttle to full military power in order to take off for his last flight as demonstration pilot of the RNLAF F-16 Demoteam. For 3 years he has represented the Royal Netherlands Air Force across Europe as well as the USA at many airshows and aviation events. The last show was flown at the celebration of 30 years F-16 Demoteam on November 27th, 2009.

It was no coincidence that after a week of heavy wind and rain the sun came through at the moment the orange F-16 (J-015) lifted off the runway at Volkel Airbase. It was in many ways a reward for the enthusiasm and warm representation of "Sheik" and his team. Always in for a little talk, a gift to his loyal supporters or even a bite from the BBQ, he was the most accessible display pilot in years. By selling patches, stickers, hats and other gadgets the team showed their heart was in the right place with the revenue going to KIKA foundation.

Eleven former F-16 display pilots saw "Sheik" making turns from -3 till +9 G. Although former display pilot Hans "Midas" Weber said it's not the pilot showing his skills but the skills of the F-16, "Sheik" showed the very best of it. Mister Weber was display pilot from 1984-1985 and before the show he once more walked around the F-16 and climbed to the cockpit to catch up the latest technology of the same airframe as 25 years ago.

After touching the sound barrier during the high speed pass the sky was clear enough to take the J-015 to a high altitude. In the past 3 years this altitude couldn't be reached without the support of the whole team, as the slogan says: One Team, One Mission!

And then, after 11 minutes, "Sheik" concluded his show by landing the Orange F-16 and releasing the Red/White/Blue dragchute for the last time. To demonstrate his appreciation for his fans he taxied back to the shelter via the spotters place. The other way around the Commandant Luchtstrijdkrachten Lieutenant-General Jac Janssen, said thank you on behalf of the RNLAF. To conclude the celebration of 30 years of show business by the F-16 Demoteam the former display pilots made a team photo in front of the J-015.

Then it was finally time to say goodbye to "Sheik" and his team. From this place we would like to thank Capt. Ralph "Sheik" Aarts for the previous 3 years and wish him all the best and many safe landings in the next 4 years he will stay at Volkel Airbase. 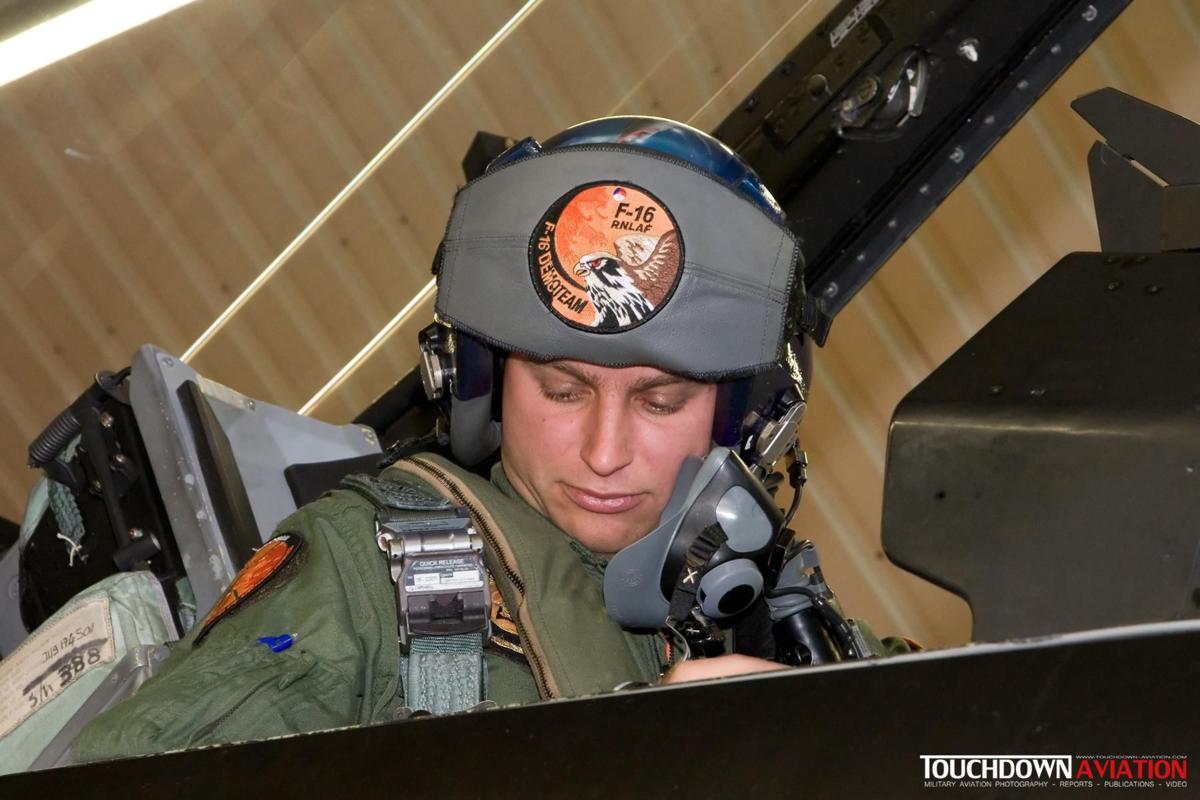 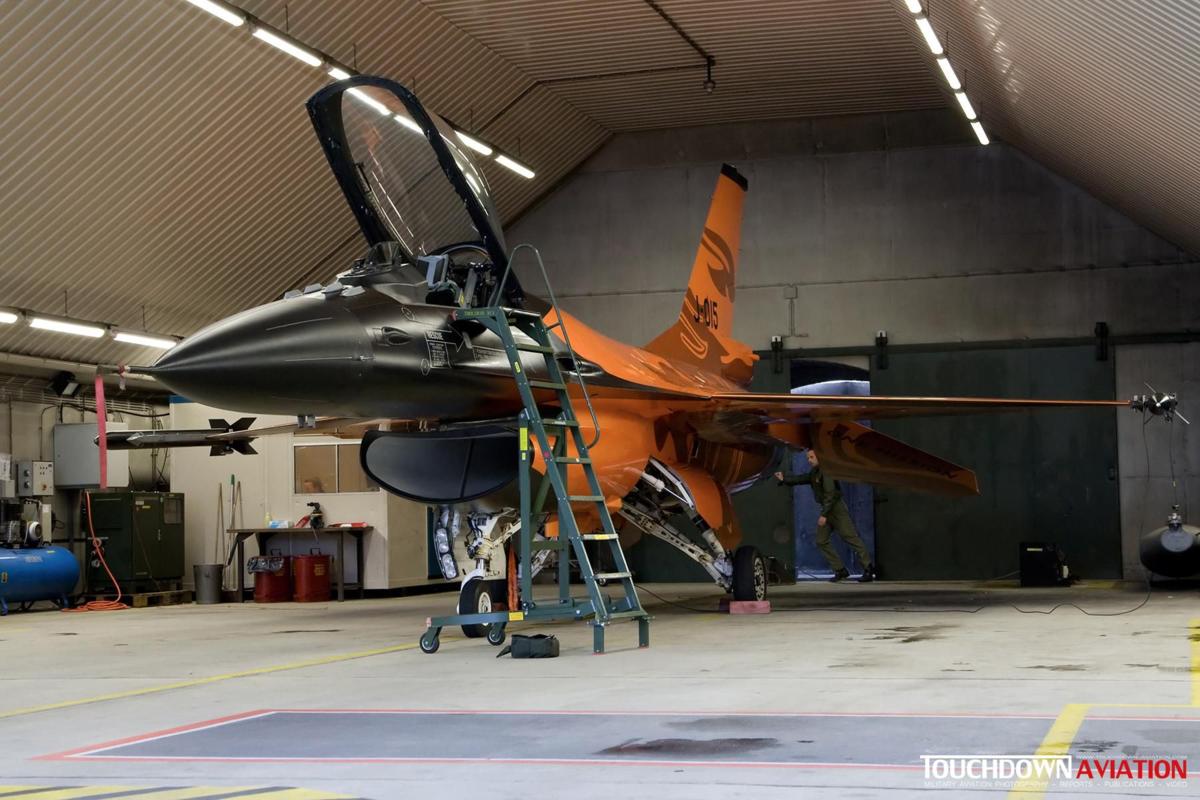 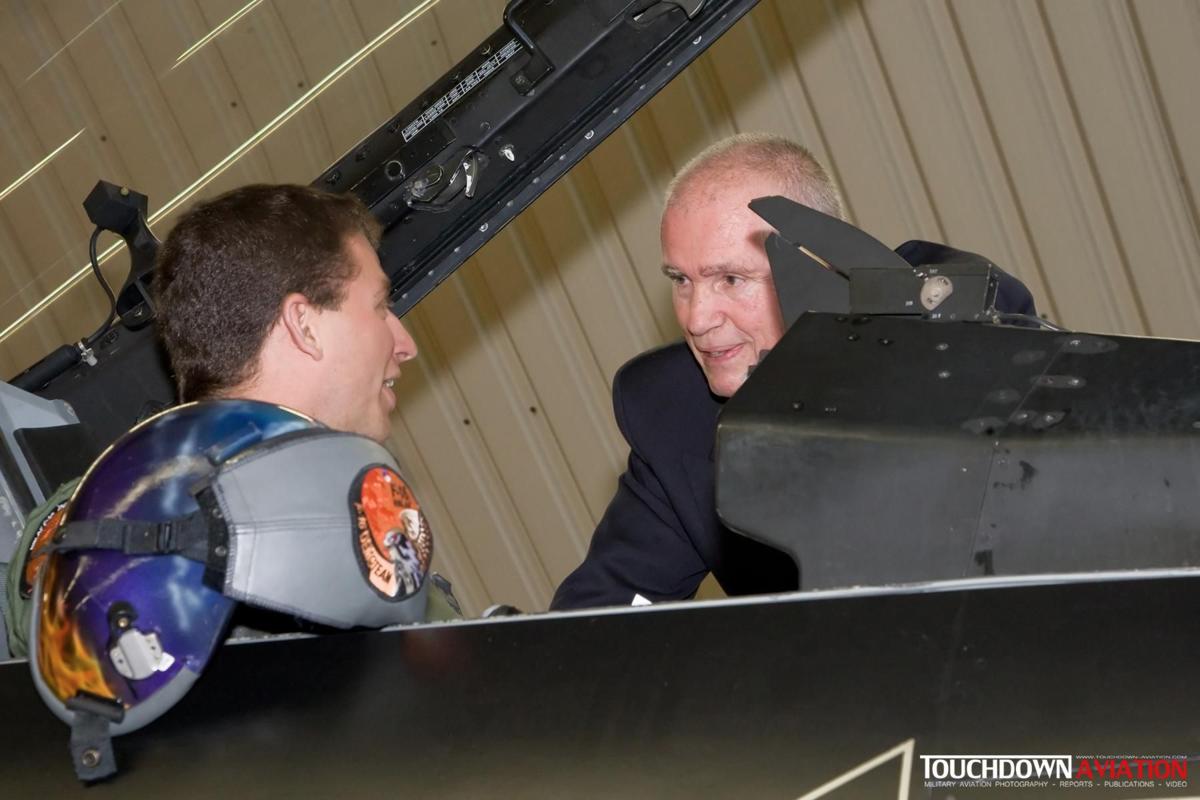 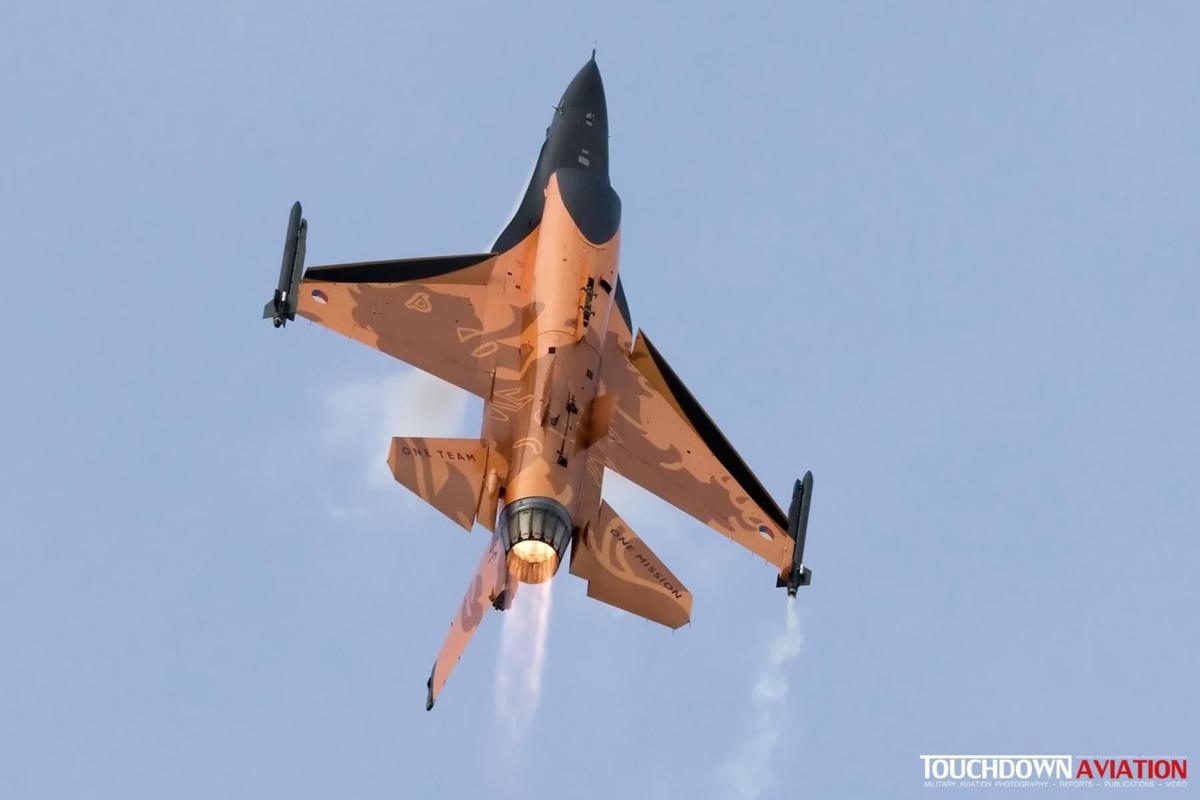 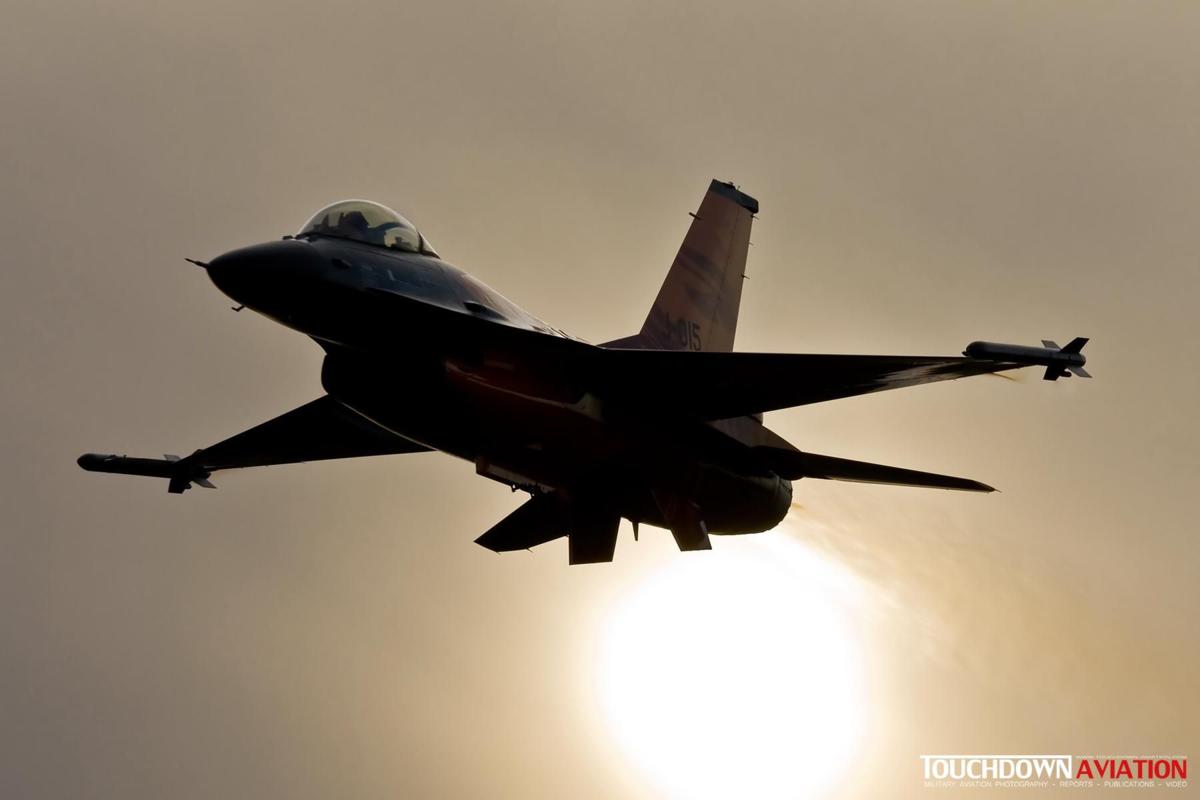 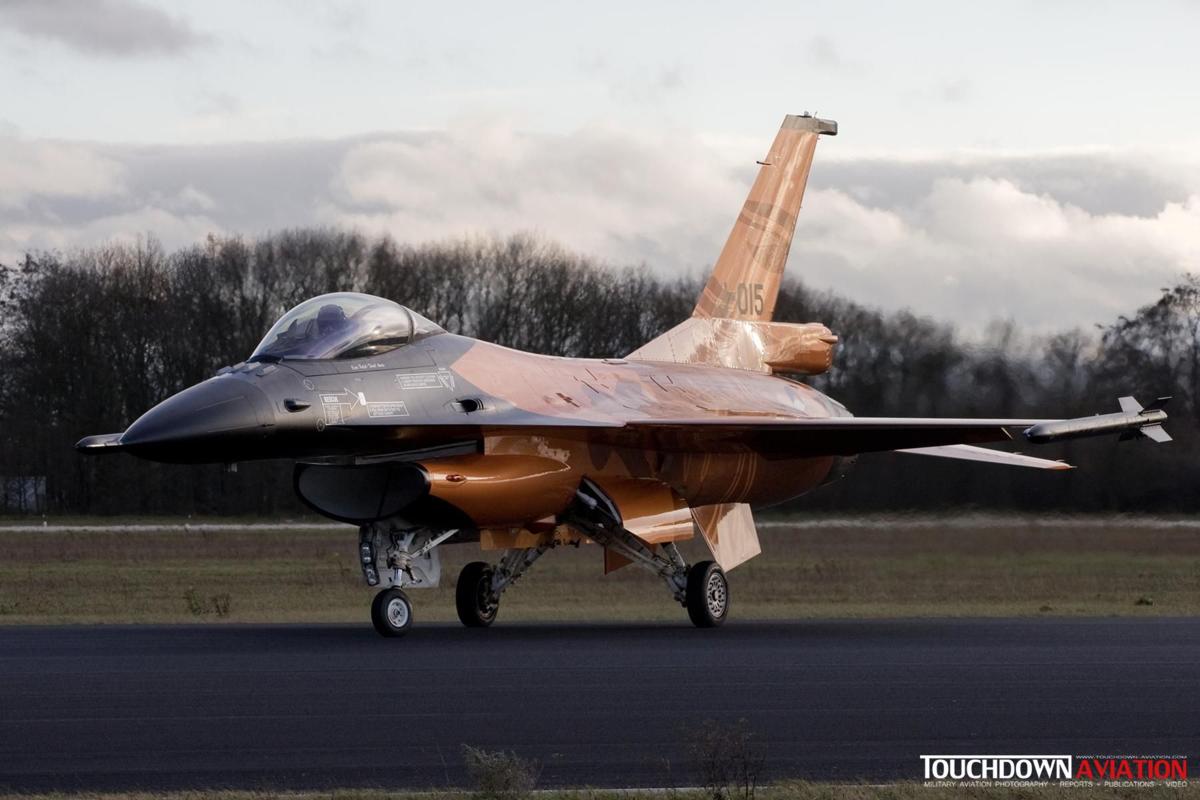 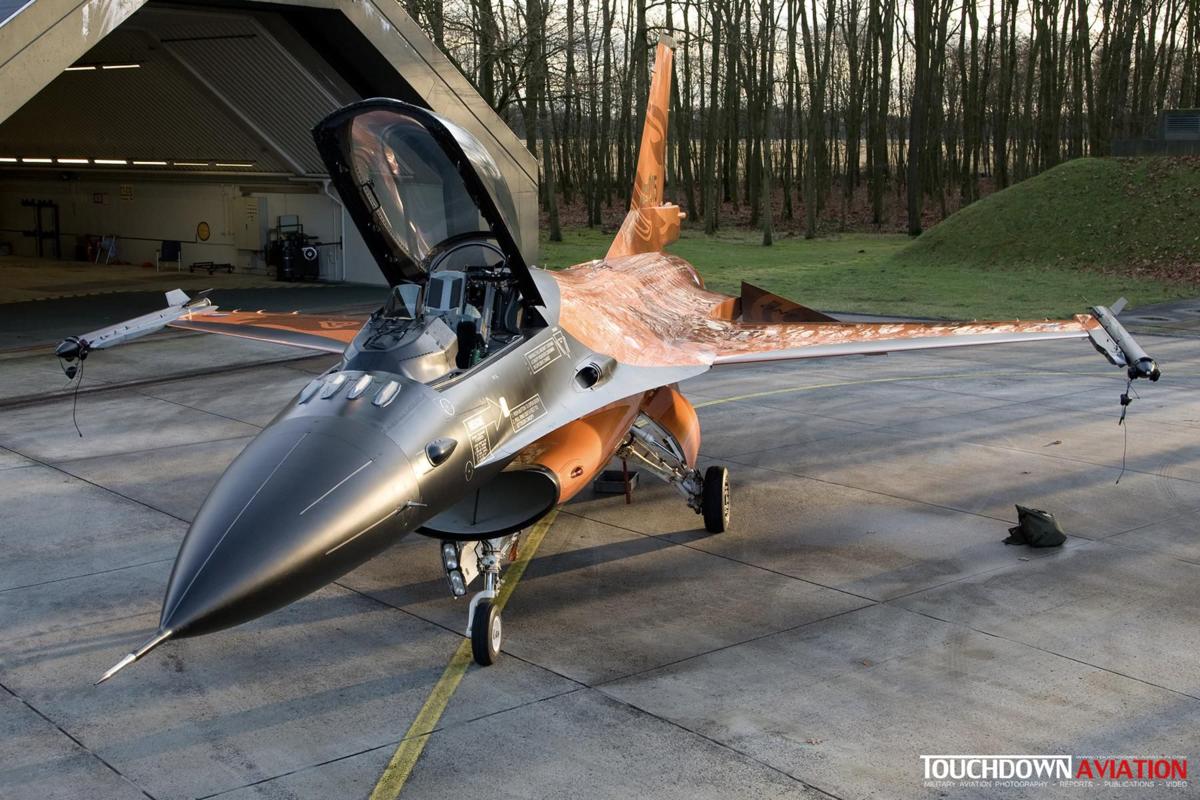 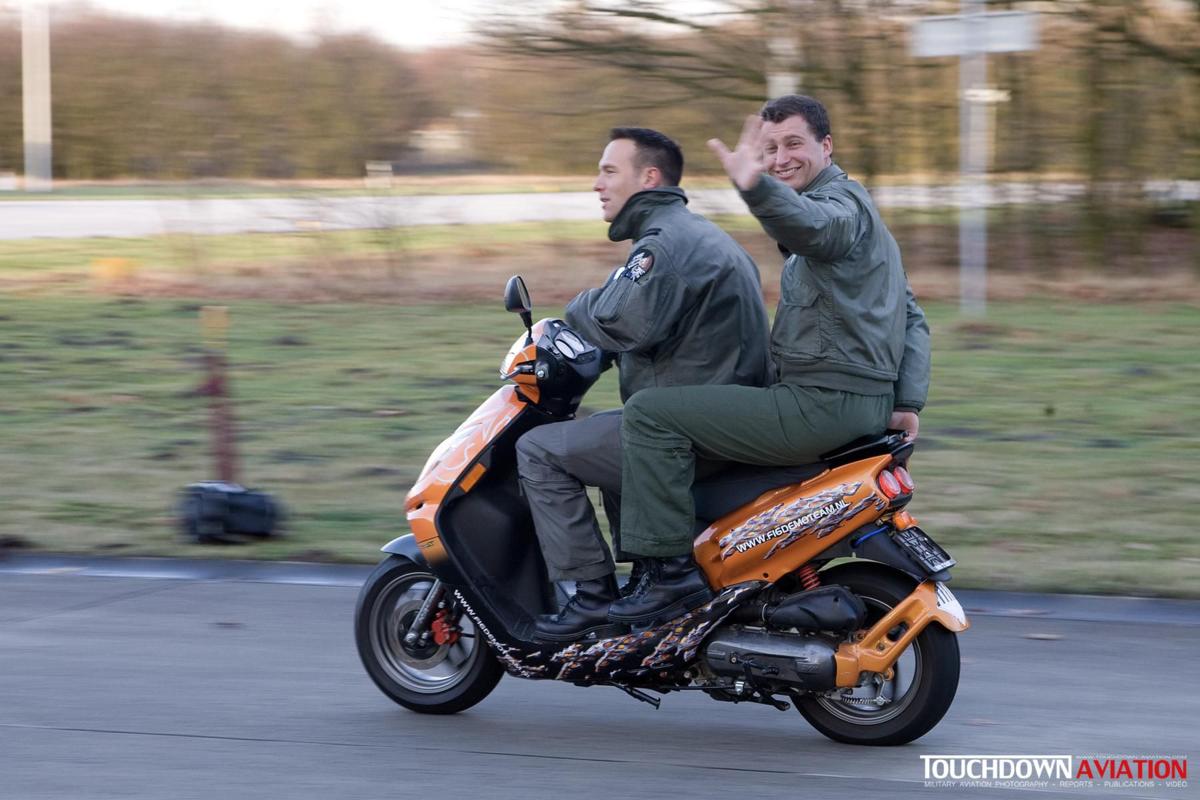