NOMAD is a Belgian Air Force inspired multi-national air defence training exercise which has been held annually at RAF Waddington in Lincolnshire since the first exercise took place back in the summer of 1994. The only exception was during 1999, when it was cancelled due to Operation Allied Force taking place in Kosovo.

The exercise is centred upon the British Aerospace (BAe) North Sea ACMI Range which has it’s main debrief facility based at Waddington. As Waddington only has 10 resident aircraft, it is an ideal station to host the facility, as there is not only ample ramp space to accommodate visiting aircraft but also the essential air traffic/air space availability required for hosting such an exercise.

The standard length for the exercise is three weeks and mission packages are gradually built up, week by week. The first and second week missions grow in size and complexity, through to the third and final week, which often sees the largest mission packages being flown, involving almost all of the visiting aircraft.

This year only three nations were present at Waddington for the whole exercise: France, Spain and Switzerland, the Royal Air Force flew their missions from their home station with their Tornado F3 aircraft.

This years exercise started at July 12th. At July 13th Touchdown Aviation visited RAF Waddington to witness the departure and recovery of the morning session which consisted of some familiarisation flights. Unfortunately the French Mirages didn't took part. This ment Waddington had turned into a Hornets nest with no less then 8 Hornet's from the Swiss and Spanish Airforce.

Besides the daily movements of the based RAF E-3D AWACS a RAF Mildenhall based KC-135 tanker made multiple approaches. At the end a rarely seen E-3A from the USAF came in for some approaches and full stop. It was temporary based at Waddington. 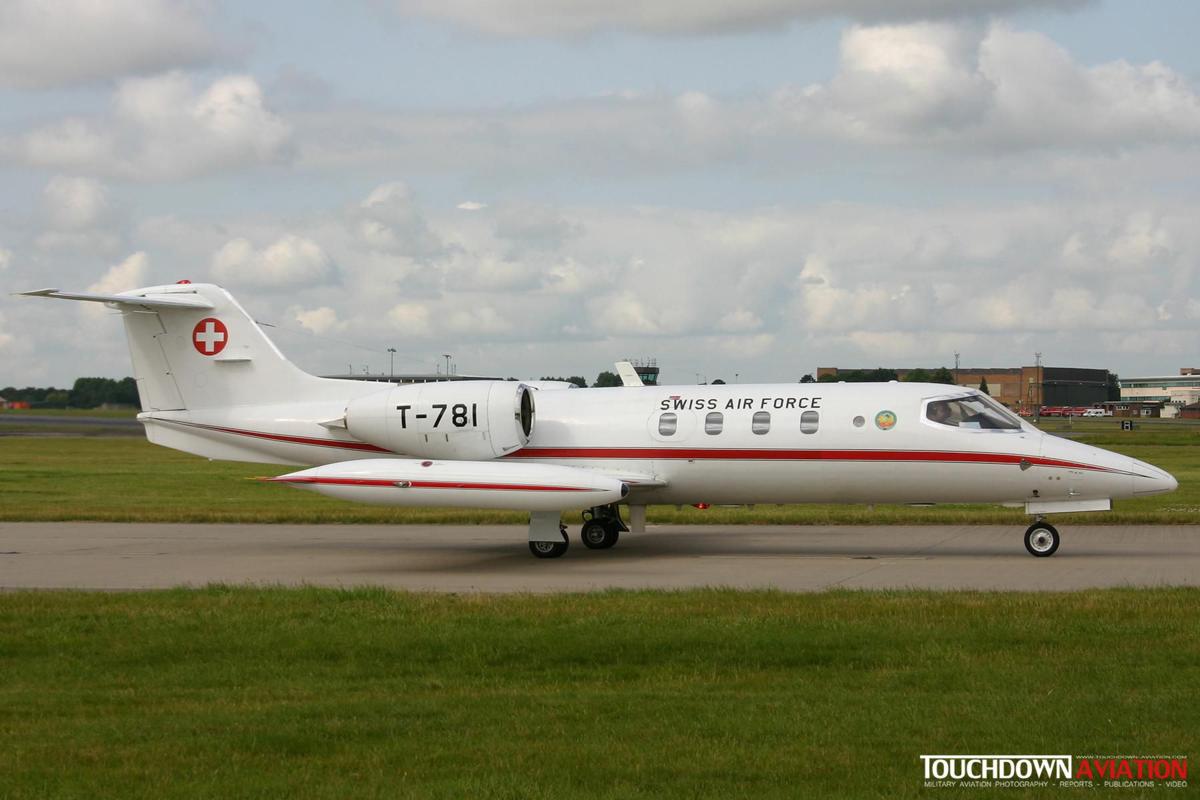 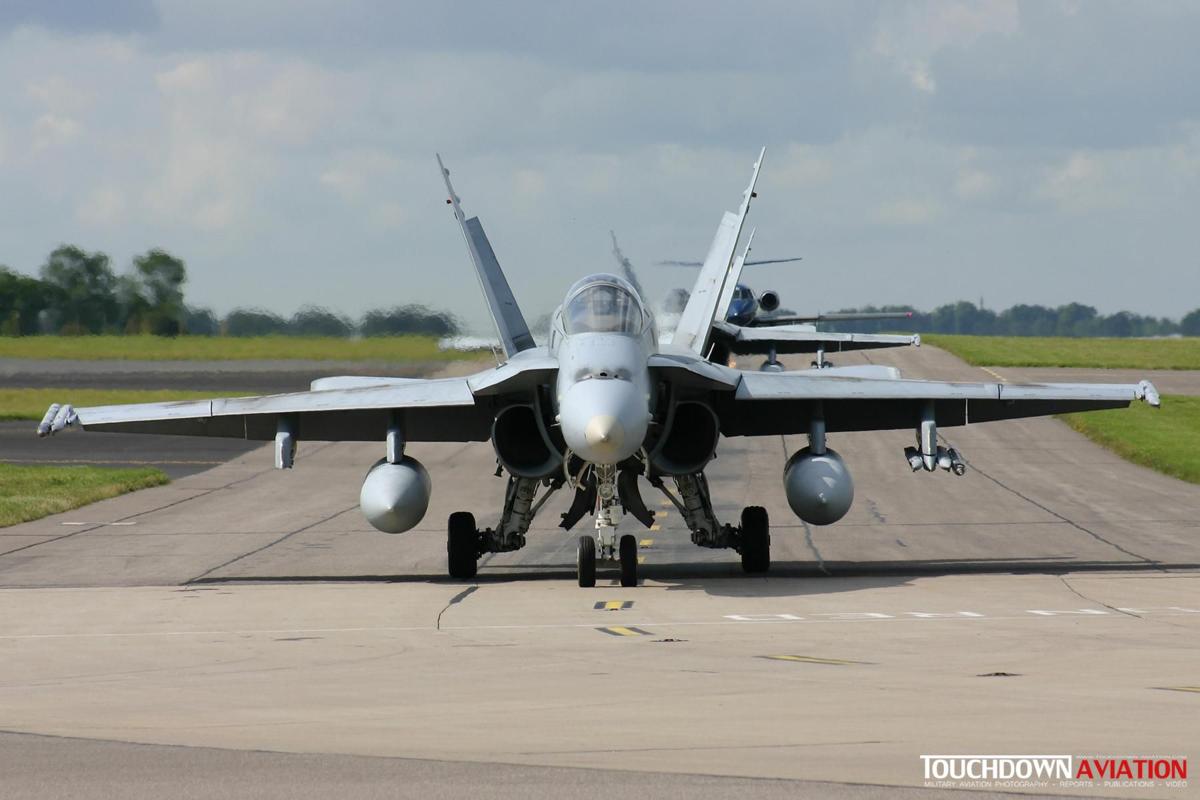 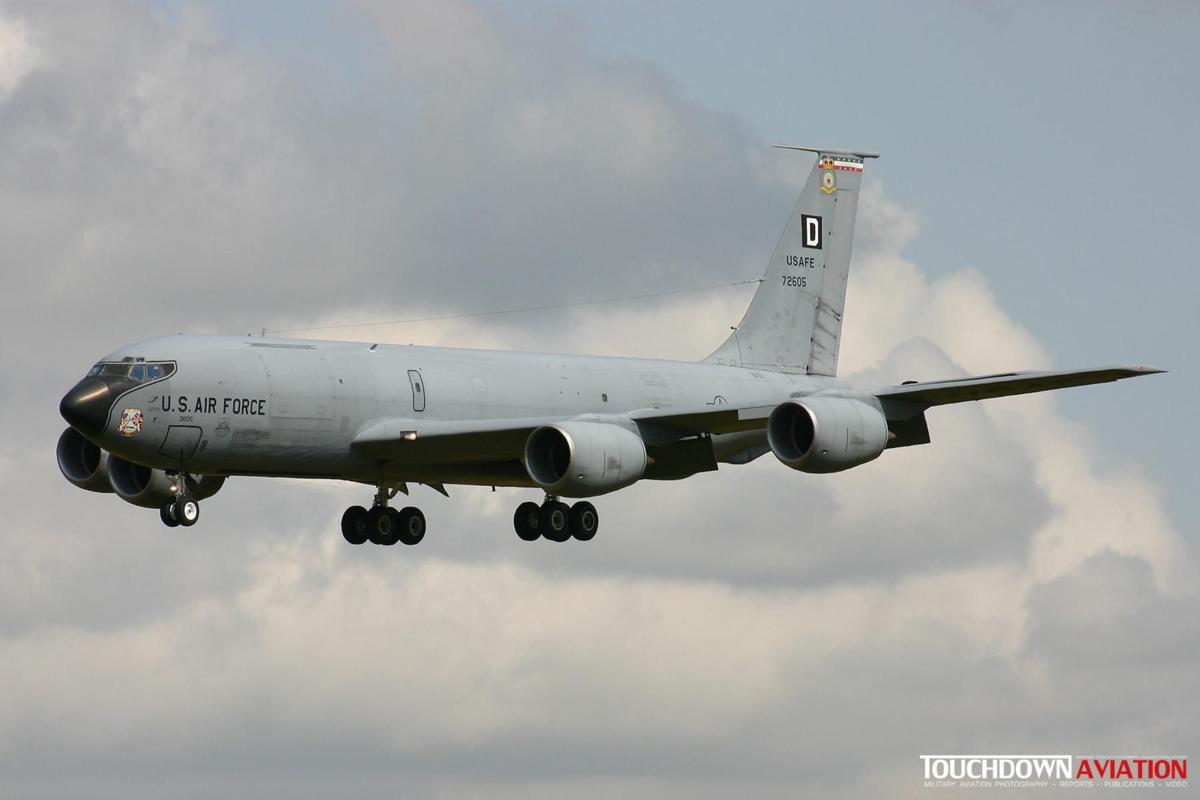 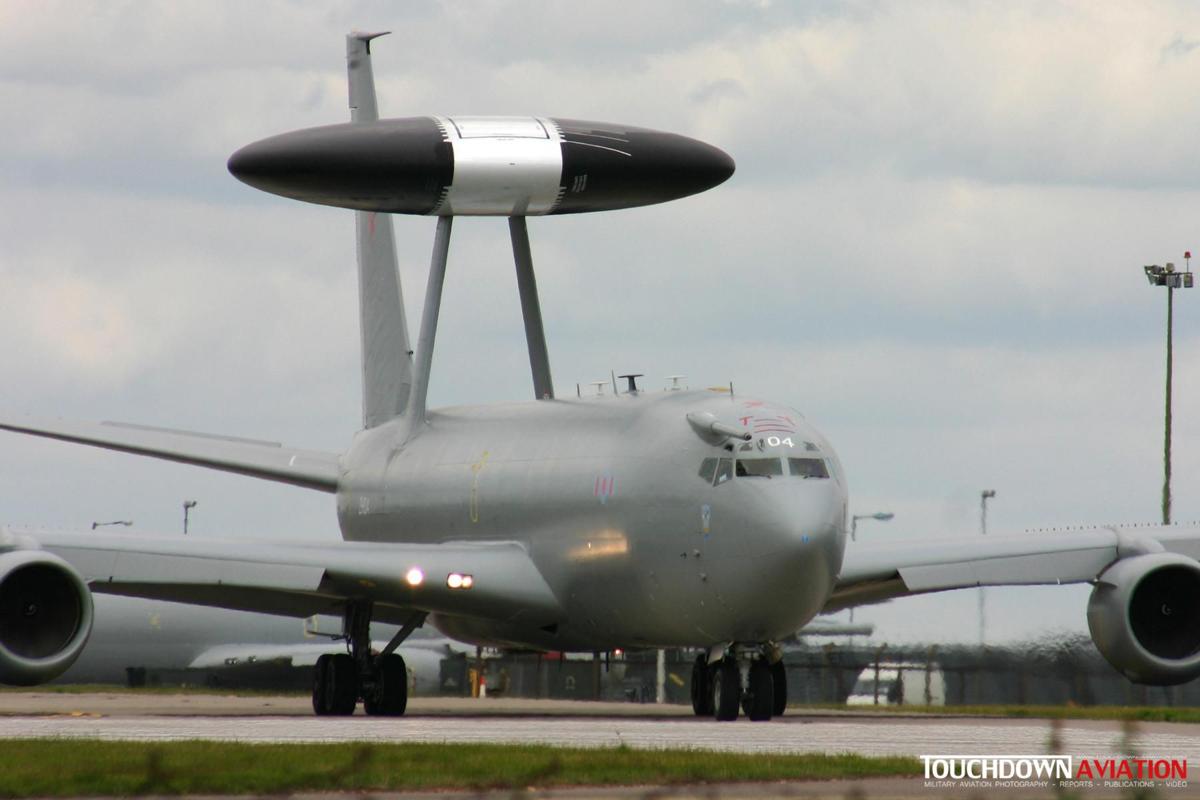 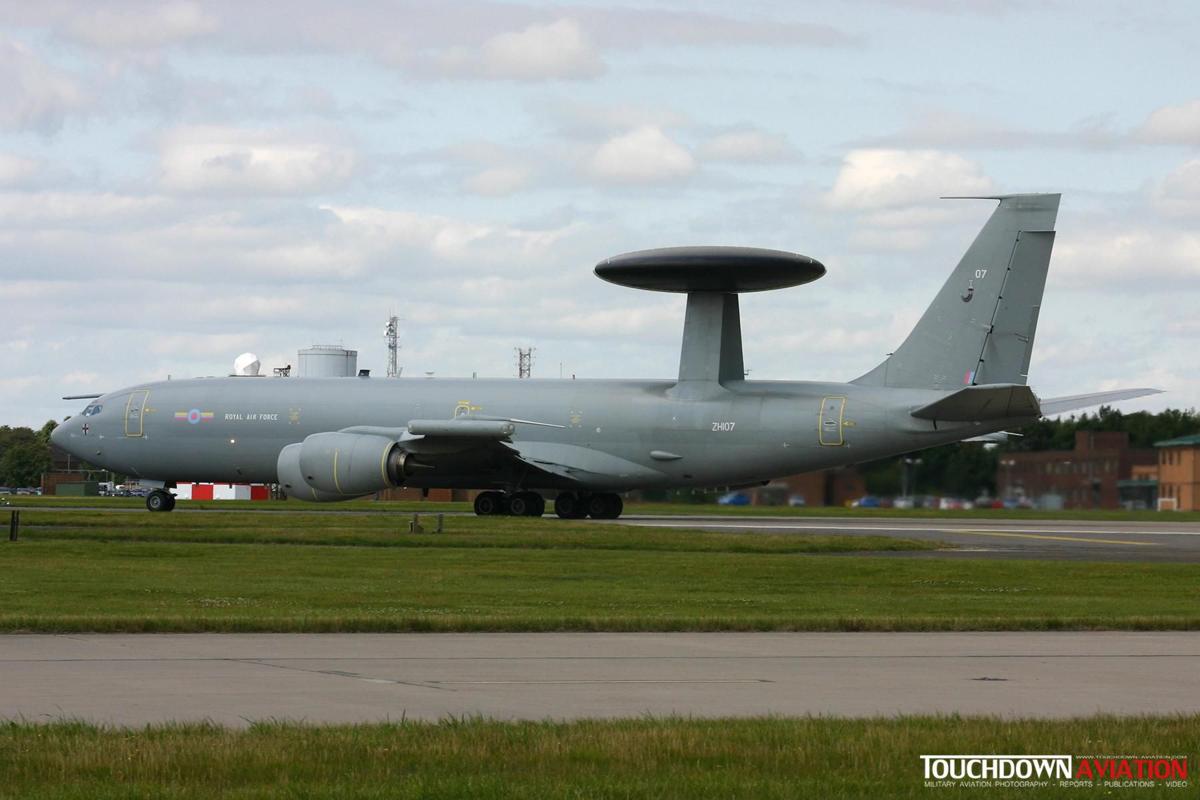 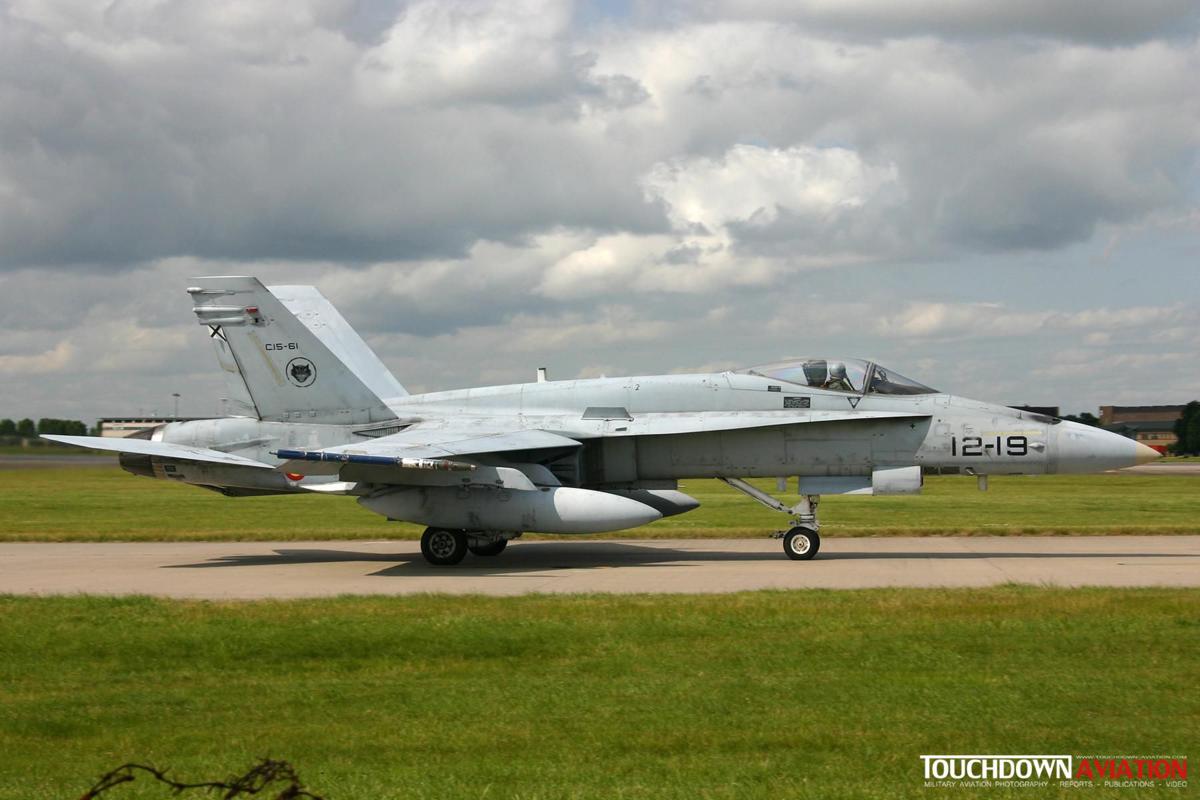 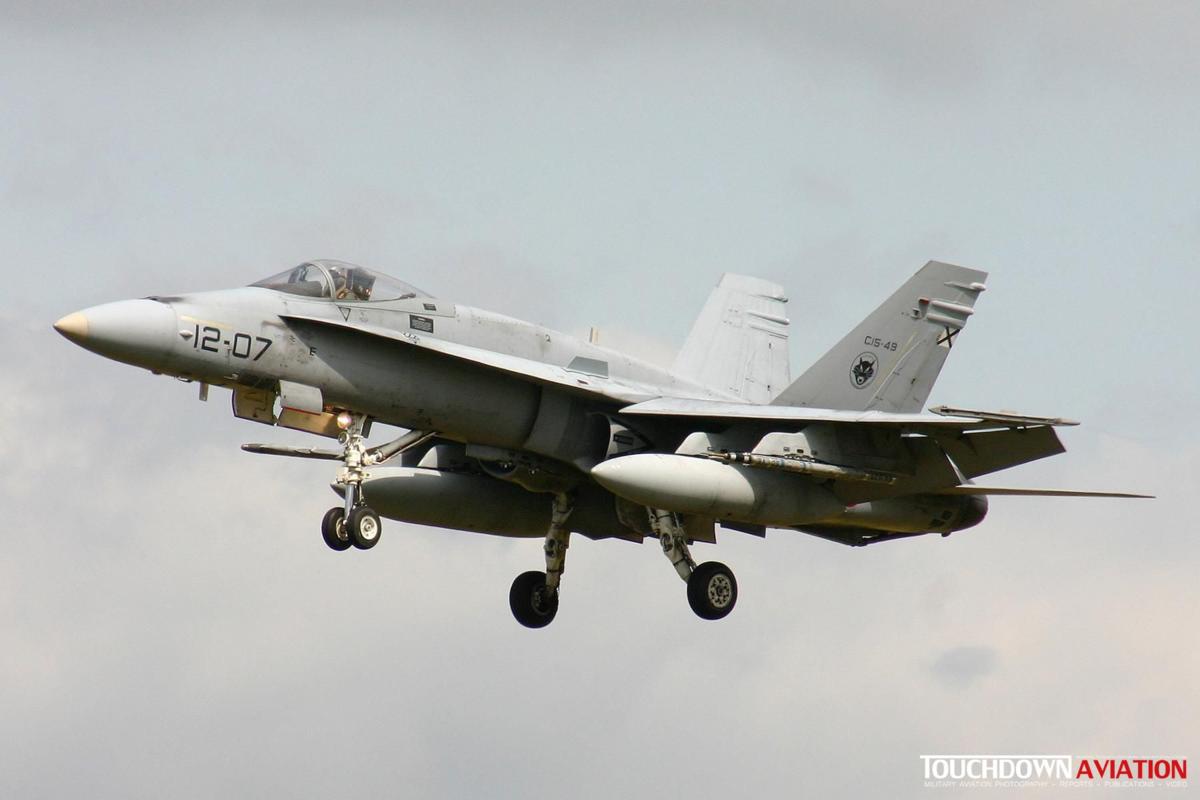 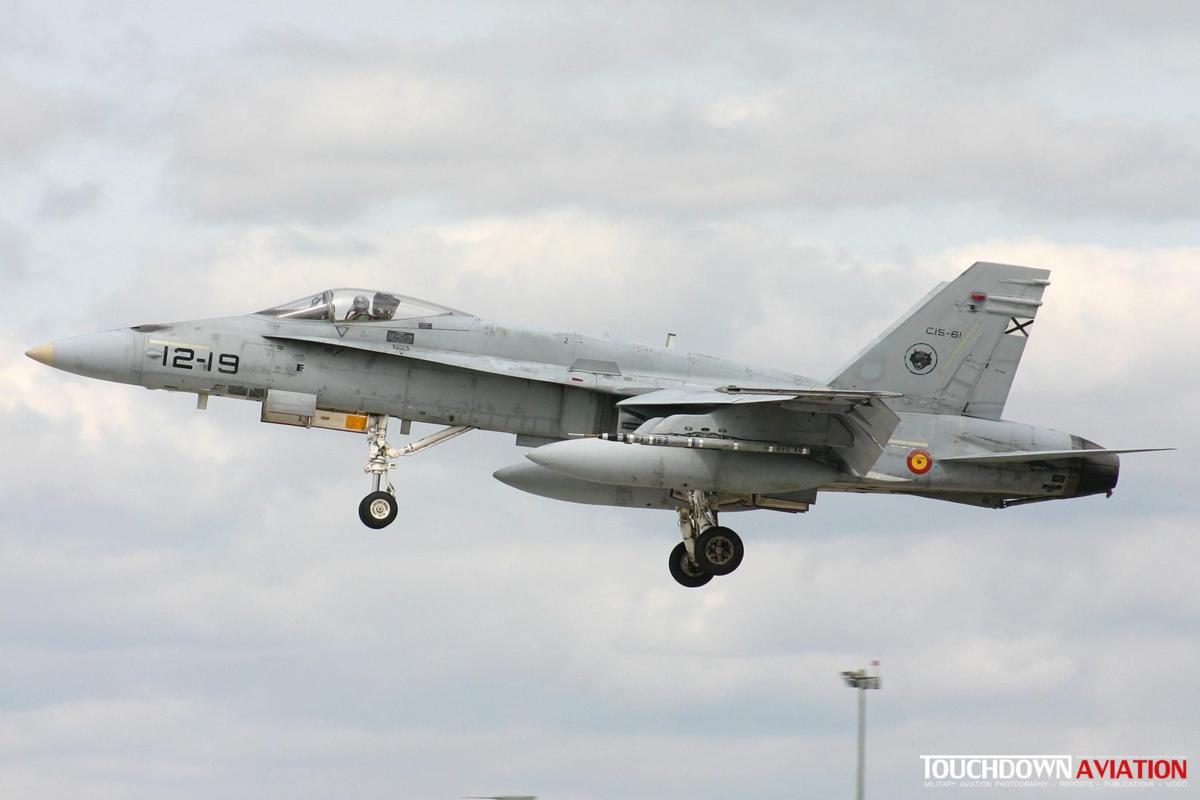 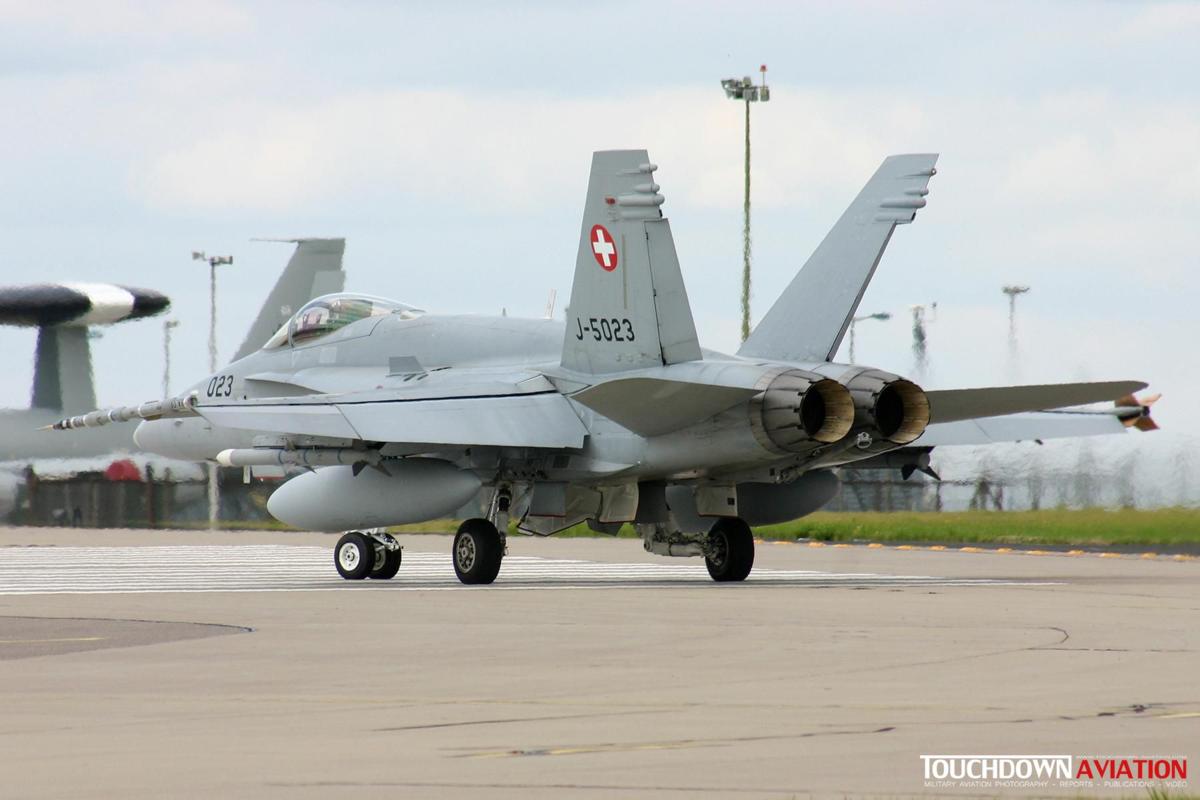 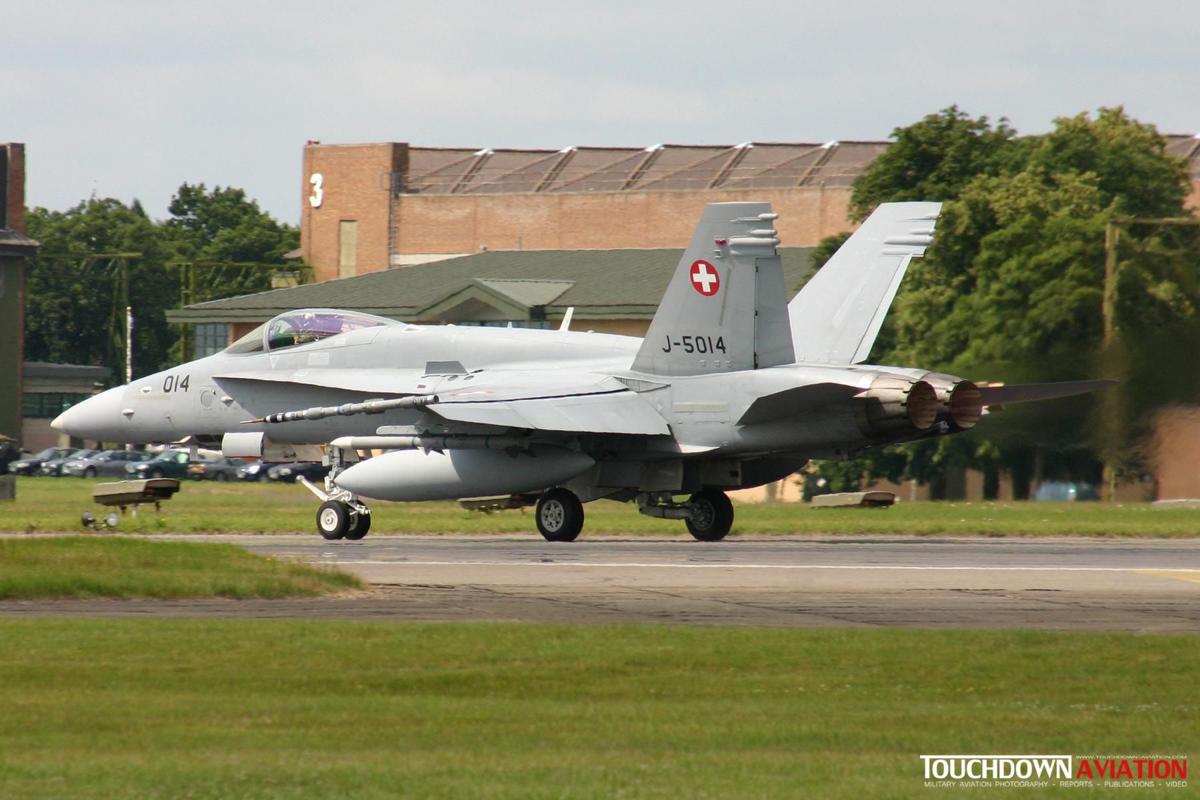 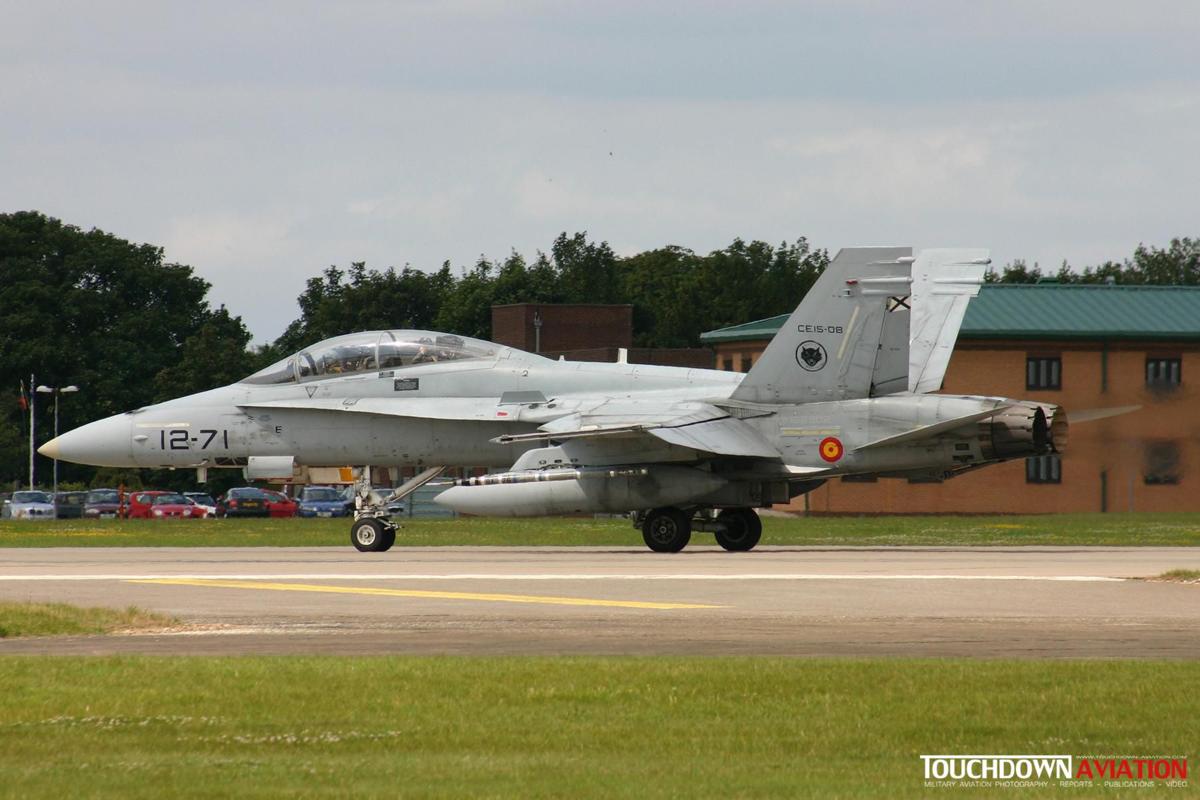 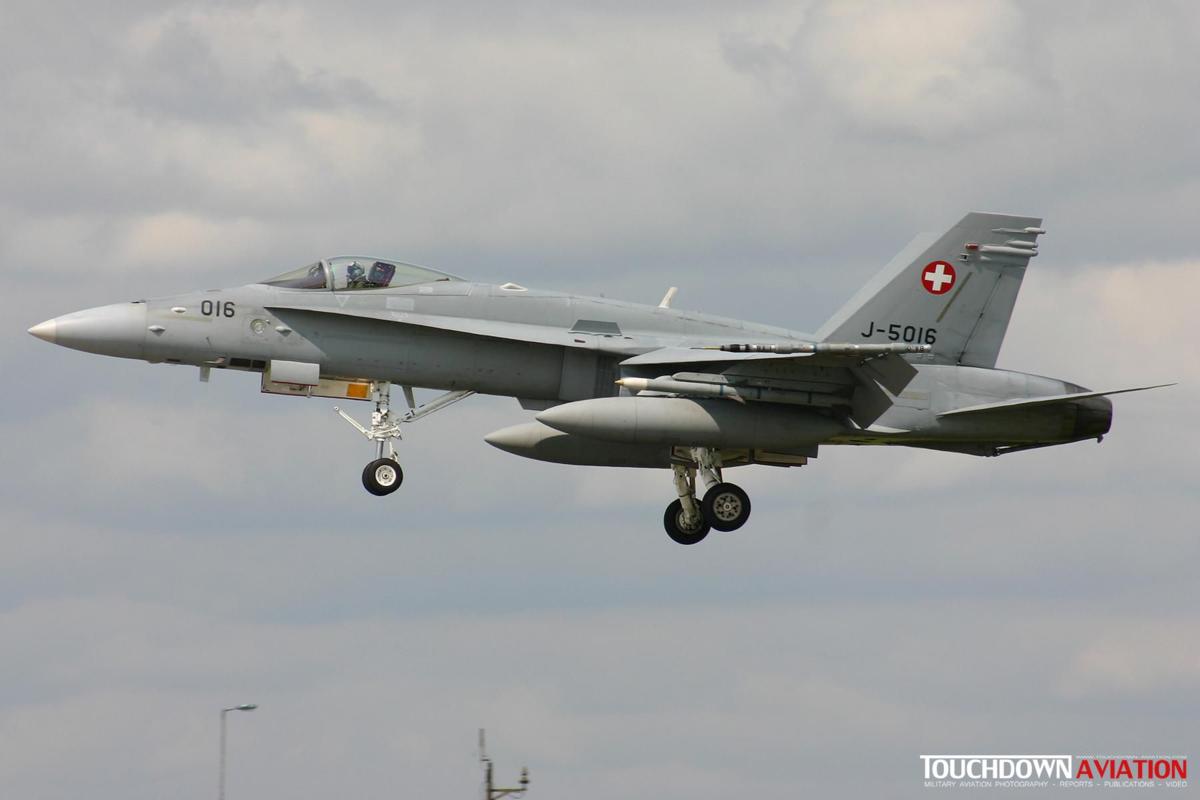