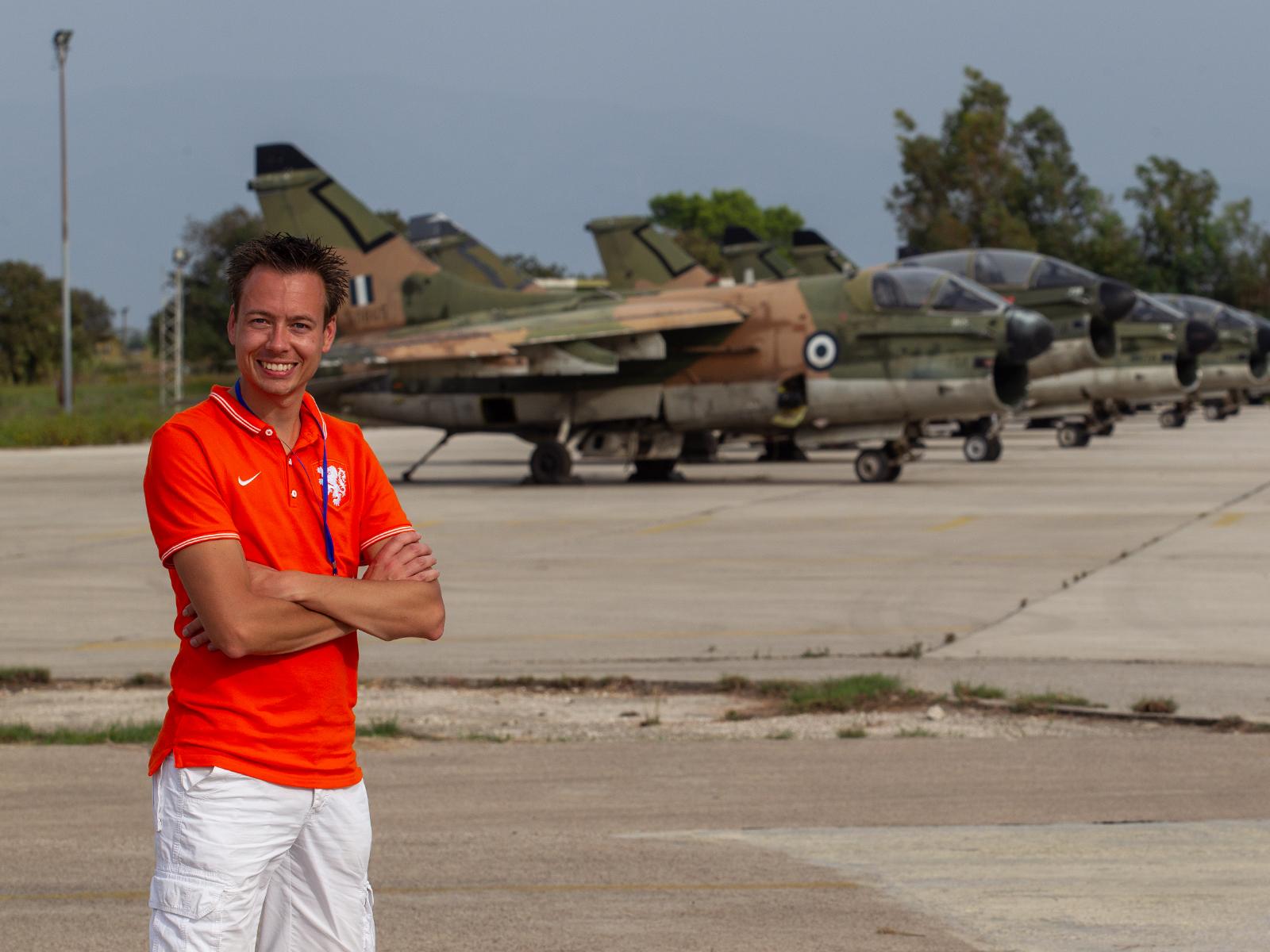 Since the establishment of Touchdown Aviation in 2004 Remco is part of the team. Being an airshow photographer in the beginning, he slightly has made the move to cover militairy exercises and more in the Netherlands and abroad. Although photography and delivering the best picture possible still is the main aim, he more and more aims to write a good story in support of the images shot.

Remco was born in Amersfoort, which is in the centre of the Netherlands on the 7th of May 1984. The very next day, he moved to his parents address in Woudenberg where he lived for 26 years. He grew up nearby former RNLAF airbase Soesterberg with the F-15s from the 32nd fighter squadron which were based there until 1994 he stood as a little child at the spotters hill watching the F-15s and local stuff. Currently his home town is Leusden where he lives with his girlfriend nearly under the former extended centerline of runway 27.

In 2002, he bought his first reflex camera, a Canon EOS 300 with 75-300mm lens for photography. Good results were made with this camera. But because the high costs for developing and printing of the slides he decided to go digital in 2004. In the years that passed he had different cameras, lenses etc all from Canon resulting in a professional set nowadays.

Next to publishing reports and pictures at this website his contributions can be found in some of world's most known aviation magazines like AirForces Monthly, Combat Aircraft, Koku-Fan and Onze Luchtmacht magazine. His images also features at calendars, in press releases of the Royal Netherlands Air Force and many more!