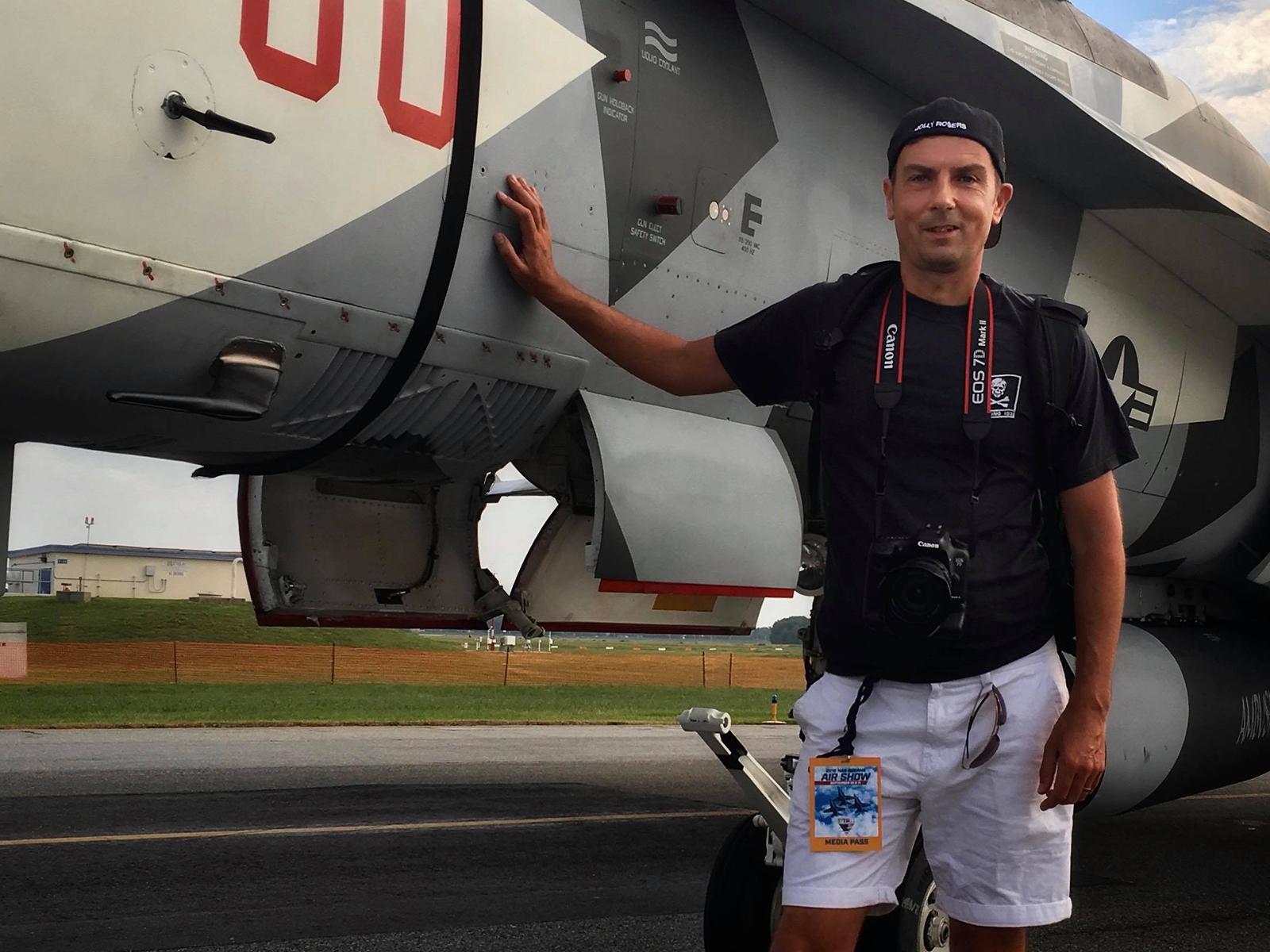 Born in 1966, Stuart became interested in aviation at a very early age through his father, who took him to his first airshow in 1971. In the eighties he had purchased his own camera equipment, the first purchase being a Praktica. He had this for a few years until he moved into the more professional end of the market with both Nikon and Minolta equipment. With the dawn of the digital age, this has brought new horizons for the enthusiast and Stuart now uses exclusively Canon digital cameras and lenses.

He has photographed for many aviation journals over the years, Air Forces Monthly, Airraft Illustrated and Combat Aircraft to name but a few. Stuart has also had his work published on numurous web-sites around the globe. He has travelled the world in pursuit of his hobby and now resides in Gloucestershire, working as a production manager.