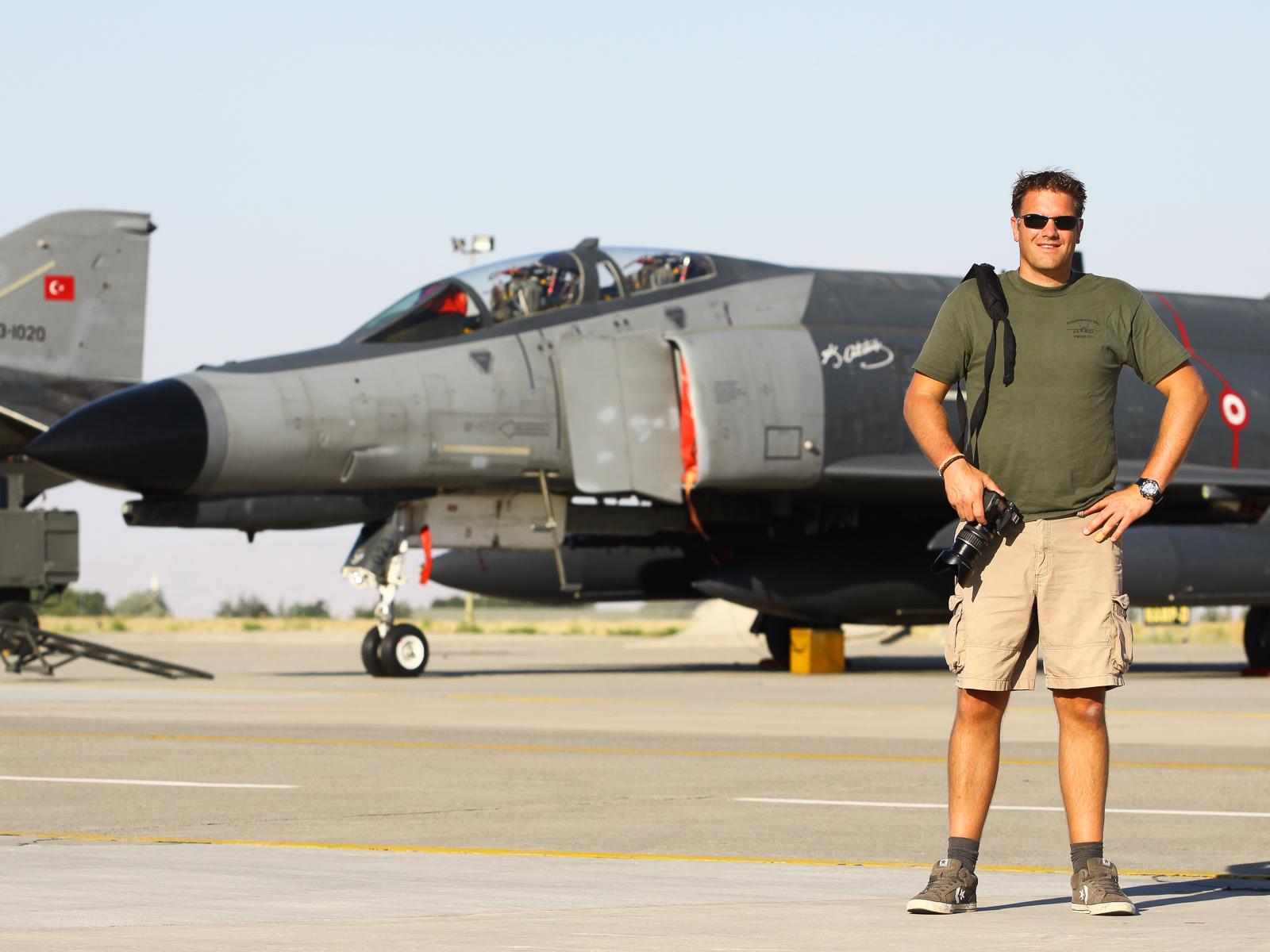 Alex was born in april '78 in the town of Ede but grew up in the small village of Barneveld in the centre of The Netherlands. His interest in military aviation was already triggered at primary school where 32nd Tactical Fighter Squadron F-15 Eagles out of Soesterberg AB roared the skies during the lunch and play breaks. In september 1989 at the age of 11, his dad took him to his first airshow at Volkel AFB, The Netherlands. A few pictures were made with a point and shoot camera, and during january 1990 he had already bought his first analog Praktica camera with 70-200mm lens knowing that aircraft photography was his game!

The first images were shot of Canadian F-18 Hornets's which were normally based in Baden-Söllingen, Germany but during this period temporarily based at Soesterberg AB for DACT-Training with the local 32nd F-15's. The winterdays in 1990 were so cold that fingers literally froze and taking pictures was hardly possible! Some more camera's and other equipment followed in time, and the transition to the digital ages was made in 2005.